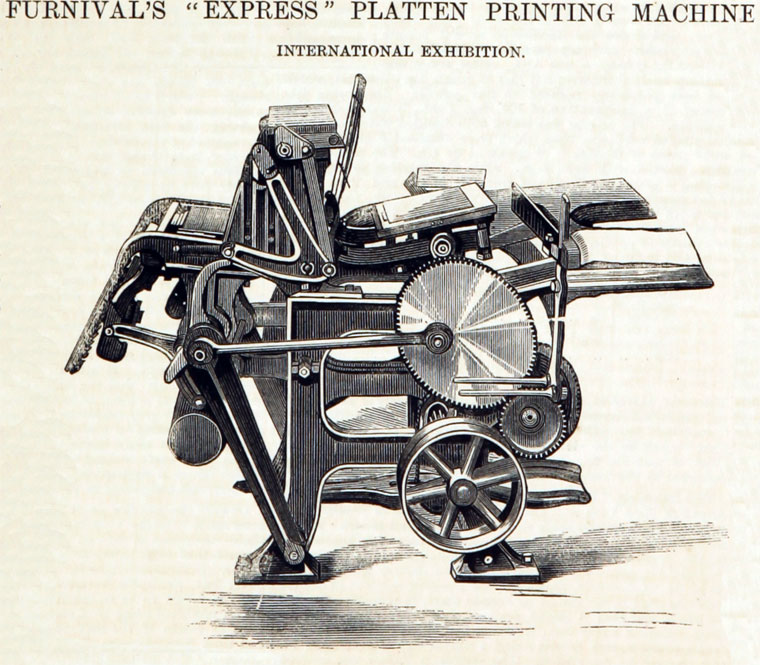 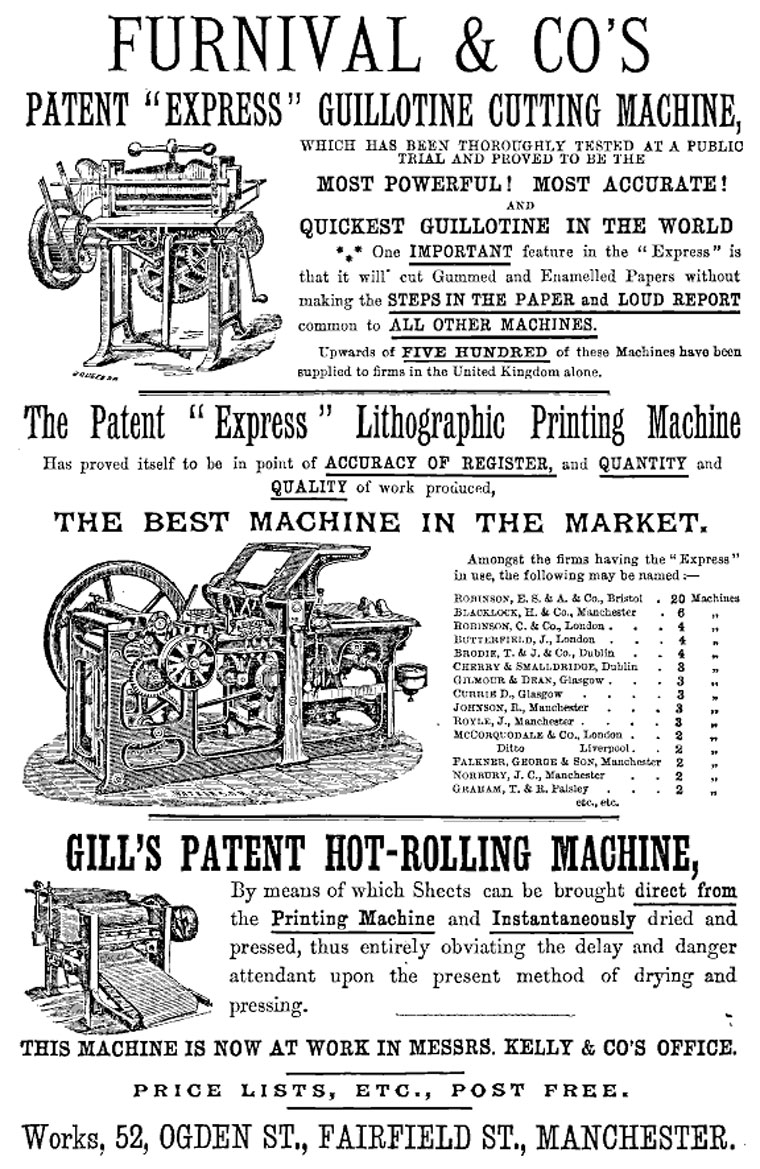 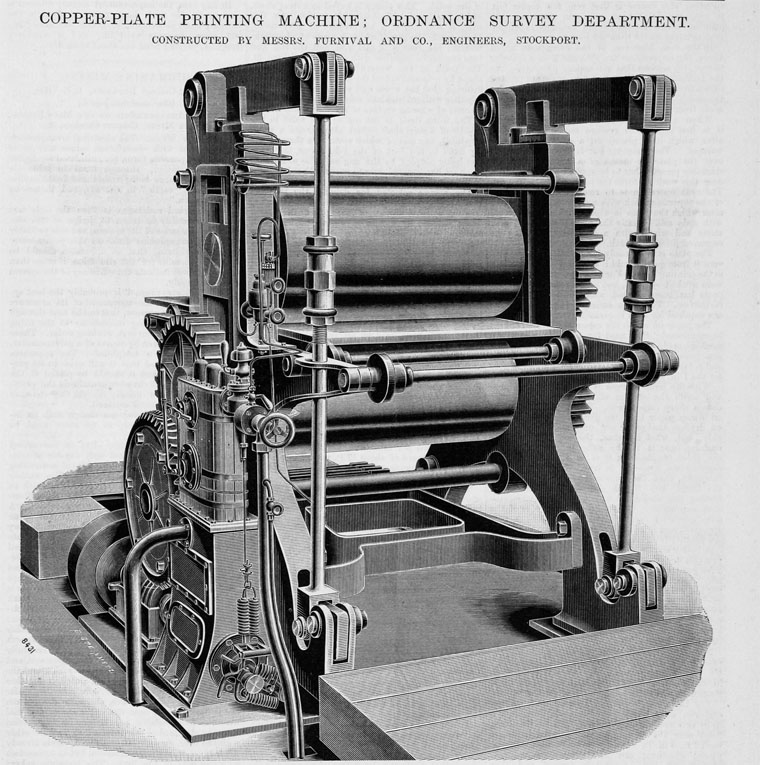 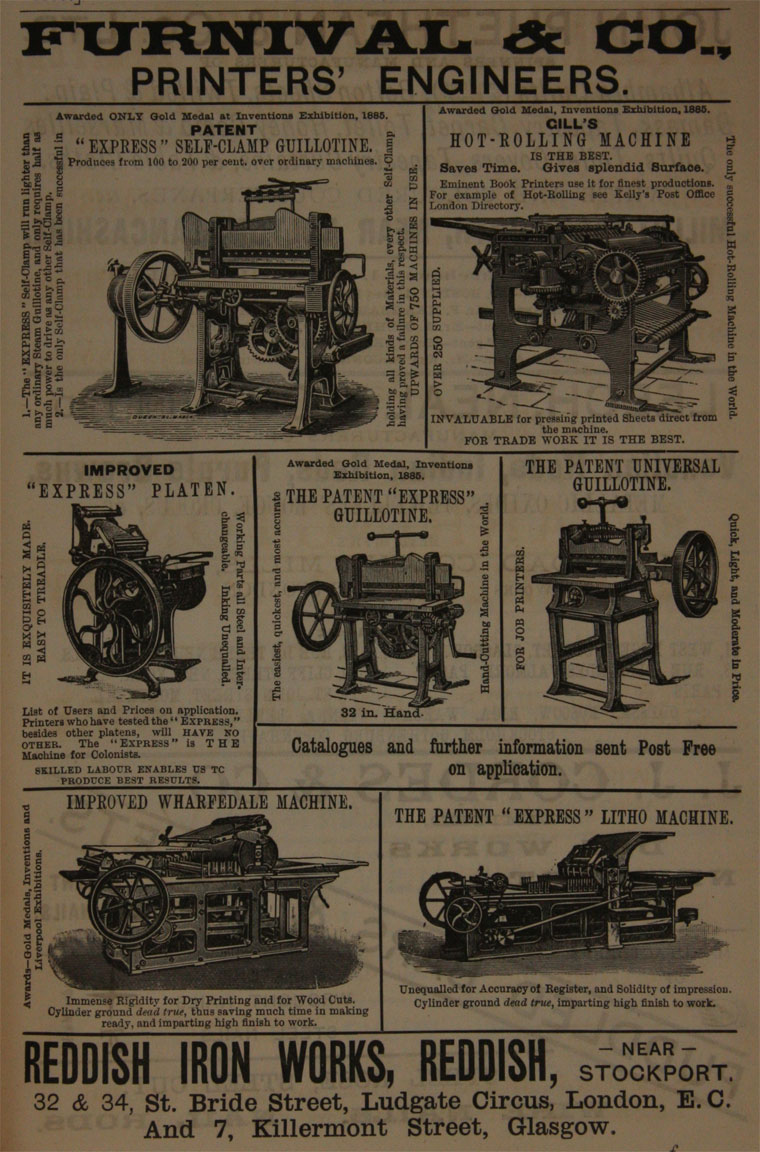 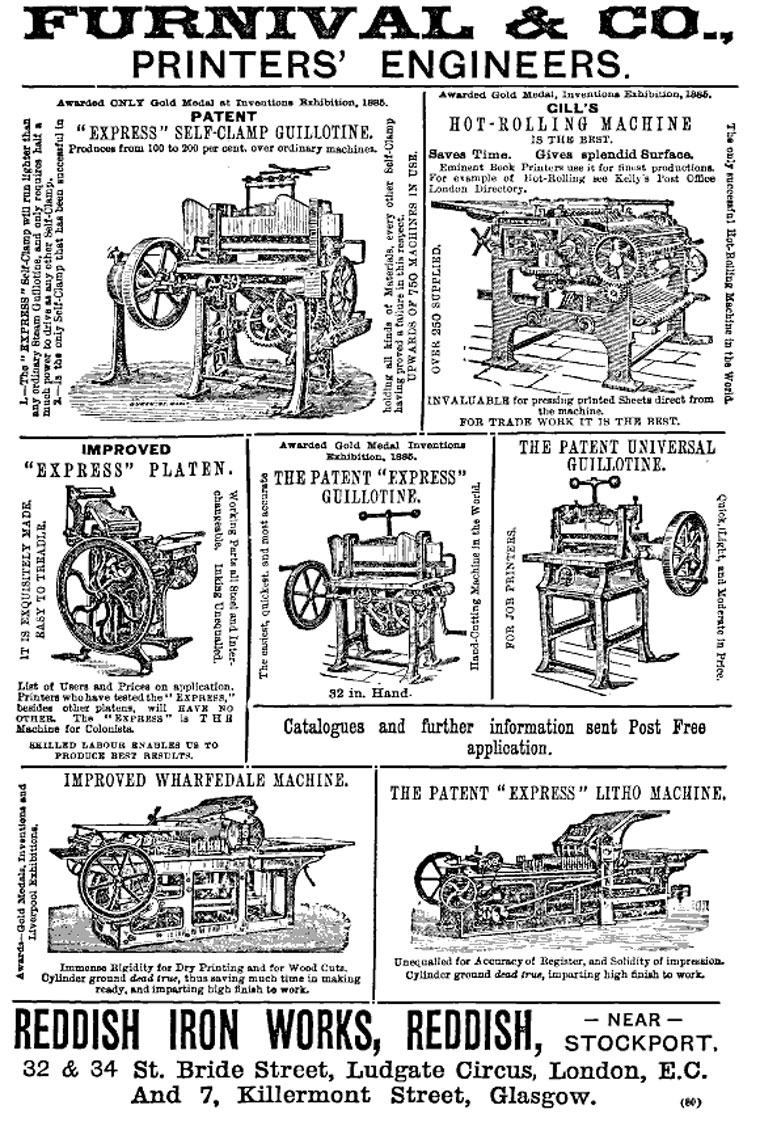 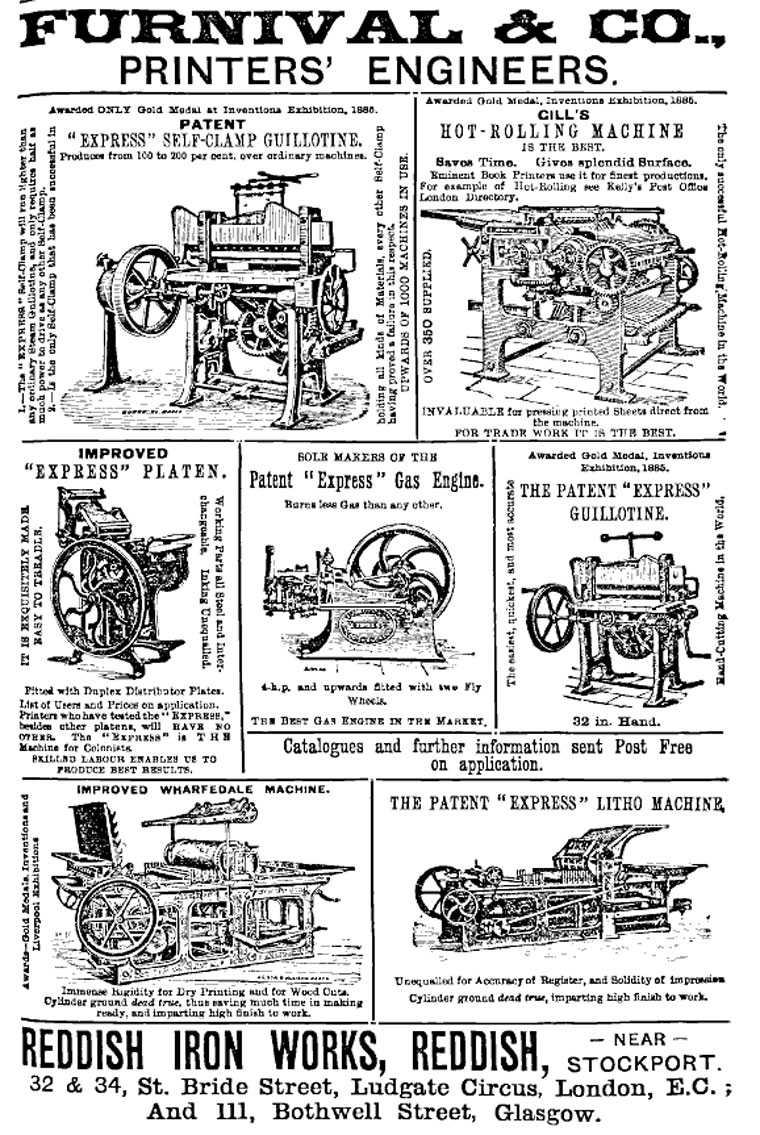 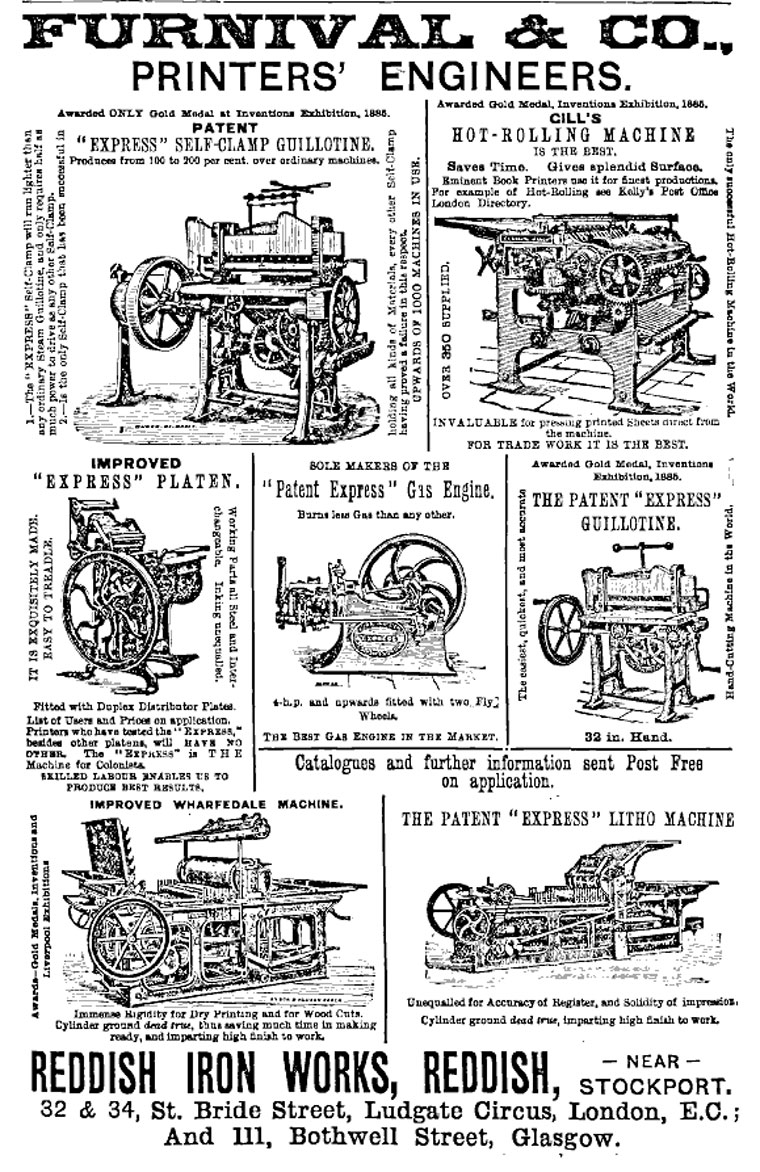 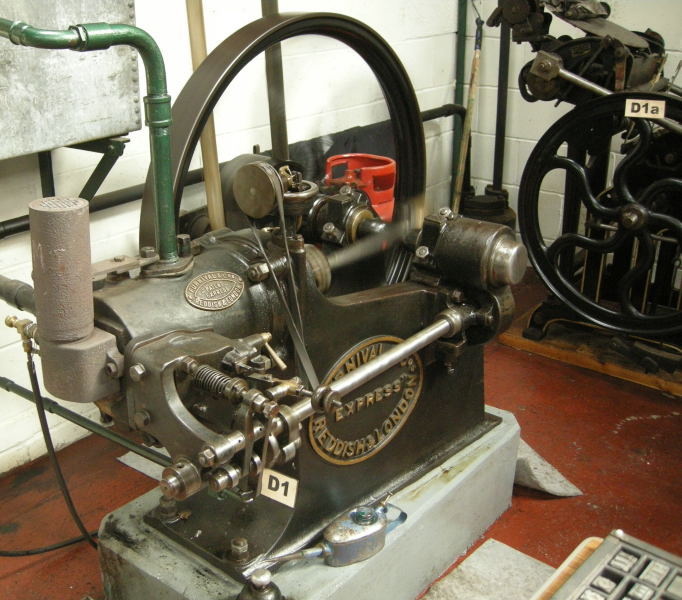 1871 Liquidation/bankruptcy of Mary Mills, of 62, Ogden Street, Ardwick, and 1, Burnes street, Manchester, Letterpress and Lithographic Printer, carrying on business there under the style or firm of J. L. Mills and Co, and residing at 185, Upper Brook-street, Chorlton-upon-Medlock, Widow. Richard Furnival, of 52 Ogden-street, Ardwick, Manchester, Machinist, was the Trustee[1]

By 1960 the guillotine business was owned by Rhodes, Brydon and Youatt[2]

1966 Belliss and Morcom acquired Crossley-Premier Engines and Furnival and Co from the receivers of Crossley Brothers[3].