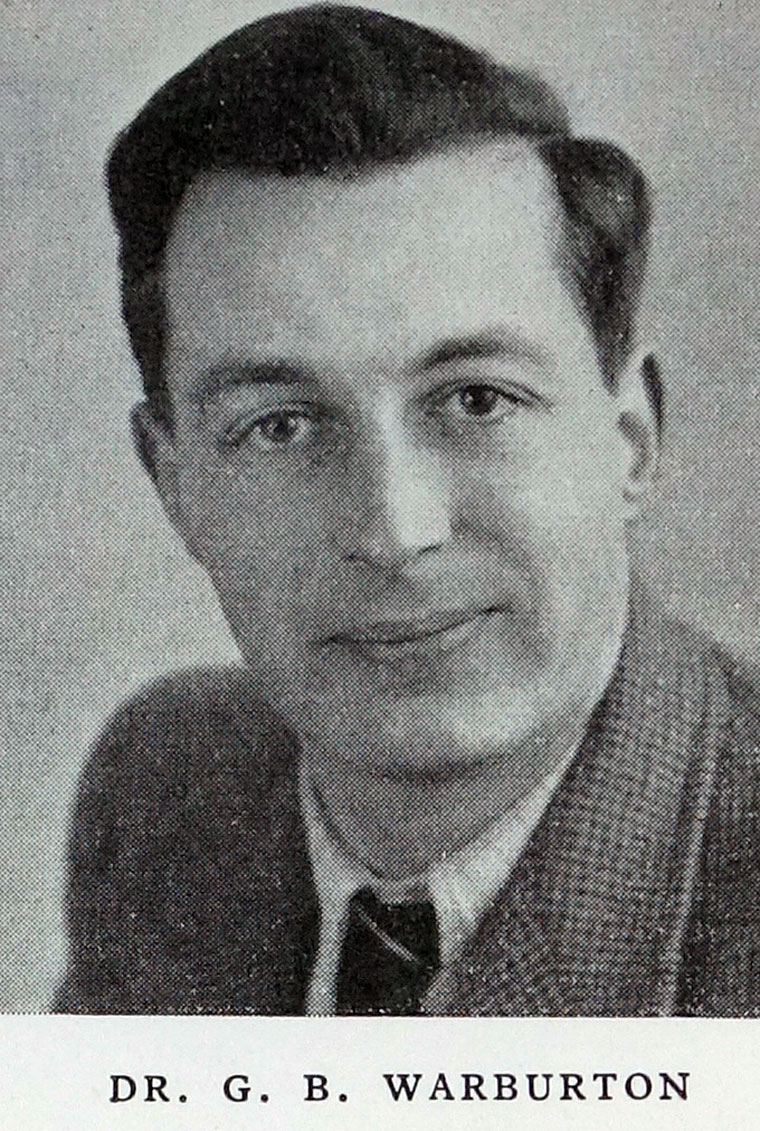 Dr. Warburton was educated at William Hulme's Grammar School, Manchester, and Peterhouse College, Cambridge, where in 1944 he obtained first-class honours in the Mechanical Sciences Tripos. During this period he gained practical experience with Herbert Hunt and Sons Ltd., Manchester.

After research work on welding at Cambridge University, where he acted as a demonstrator, he became an assistant lecturer at University College, Swansea, in 1946.