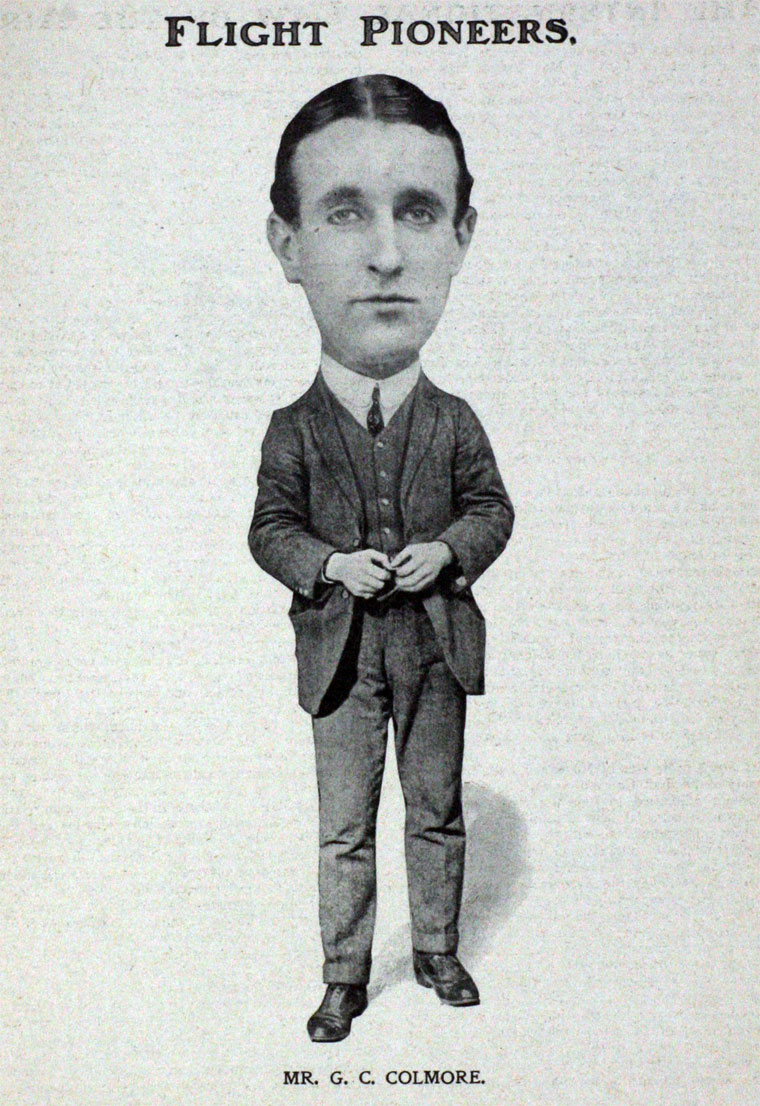 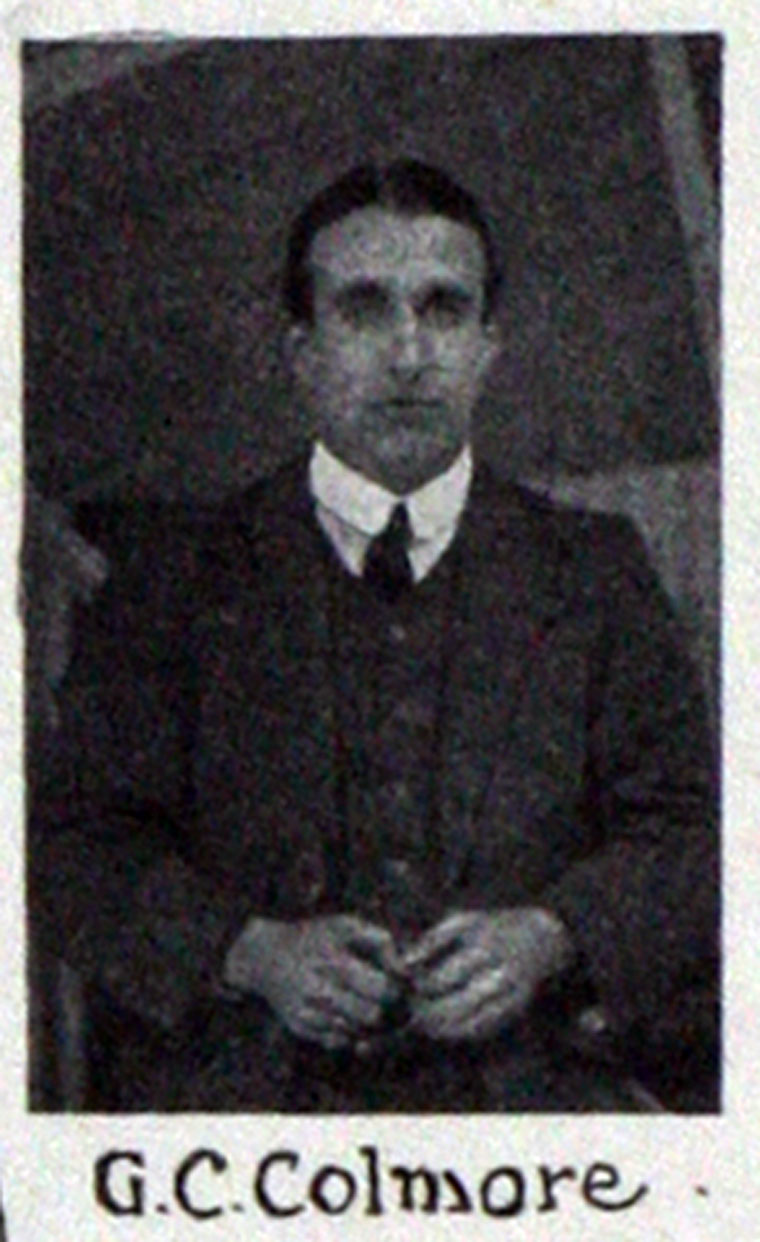 1885 Born in Loughborough[1] the son of George Harry Colmore, a gentleman and formerly a Brewer.

Lt. G. C. Colmore learned to fly at his own expense

He was the first naval officer to learn to fly an aeroplane and was awarded Aviator's Certificate No 15.

1915 Accident. 'The roads in many parts of Sussex are guarded by sentries, one of whom, owing, it is stated, to a misunderstanding, fired at, and wounded Lieutenant George Cyril Colmore, a military airman, who was admitted the princess Alice Hospital at Eastbourne early yesterday morning. In the performance of his duty, the officer was driving a motor the road near Polegate, when a bullet pierced the bonnet of the car and wounded him in the leg.'[4]

1931 'Col. George Cyril Colmore, of Purton Stoke, Wilts, was at Fairford Tuesday fined £10 and £6 6s. costs and had his driving licence suspended for two months for driving a motor-car in dangerous manner on the Lechlade-Fairford road on March 14....'[6]