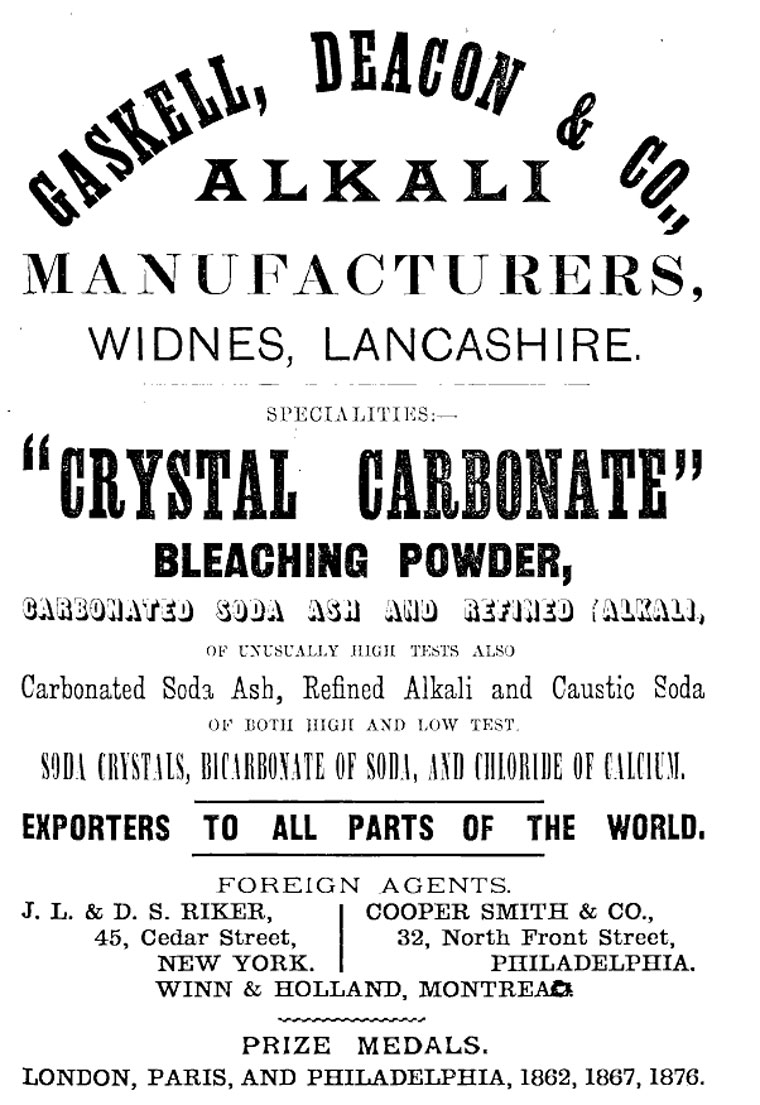 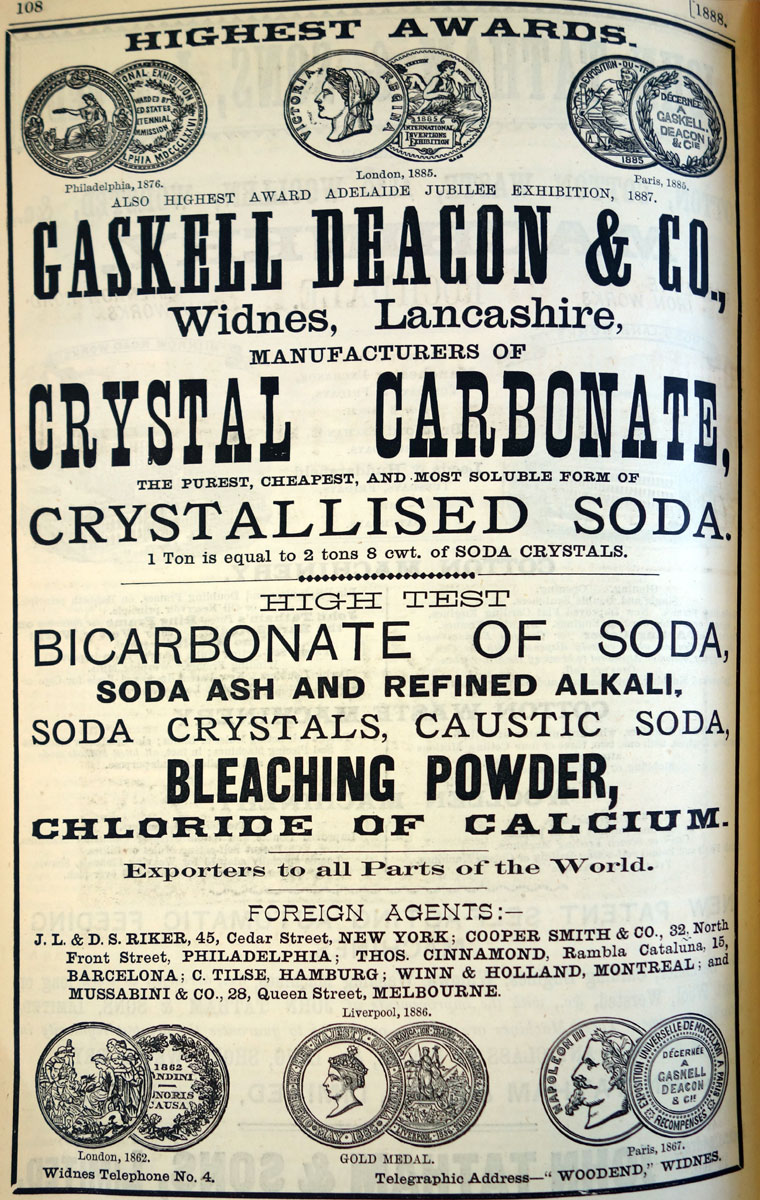 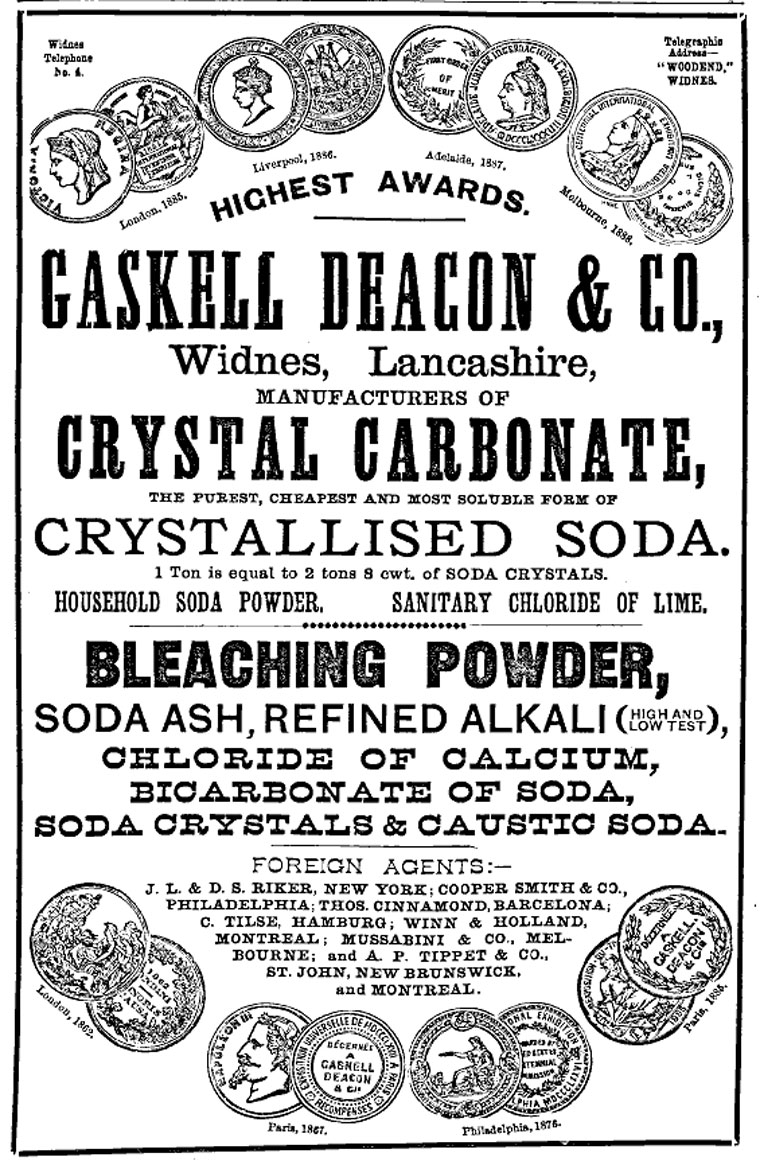 1855 After William Pilkington left the partnership for the manufacture of alkali, Henry Deacon teamed up with his former employer, Holbrook Gaskell, to found Gaskell, Deacon and Co.

Deacon experimented unsuccessfully with alternatives to the ammonia-soda process. Eventually Gaskell forced Deacon to abandon the venture. Instead they established one of the largest and most successful Leblanc factories in Widnes. Gaskell's three sons, Holbrook II, James Bellhouse and Frank all became partners in the company.

About 1867, as the Leblanc process generated quantities of hydrochloric acid, Deacon, assisted by Ferdinand Hurter, sought a better way to clean up the process. They developed a means by which the by-product, hydrochloric acid, was converted to marketable chlorine and bleaching powder.

1870 Deacon's new process proved successful; it used a cheaper catalyst (copper chloride) and recovered more chlorine than other methods; it remained industrially important for five decades, though its adoption was initially delayed because of its complexity. This proved to be an important contribution to the survival of the Leblanc soda process.

1891 One of many Leblanc soda manufacturers which amalgamated to form the United Alkali Co. Hurter was placed in charge of the research centre at Widnes.