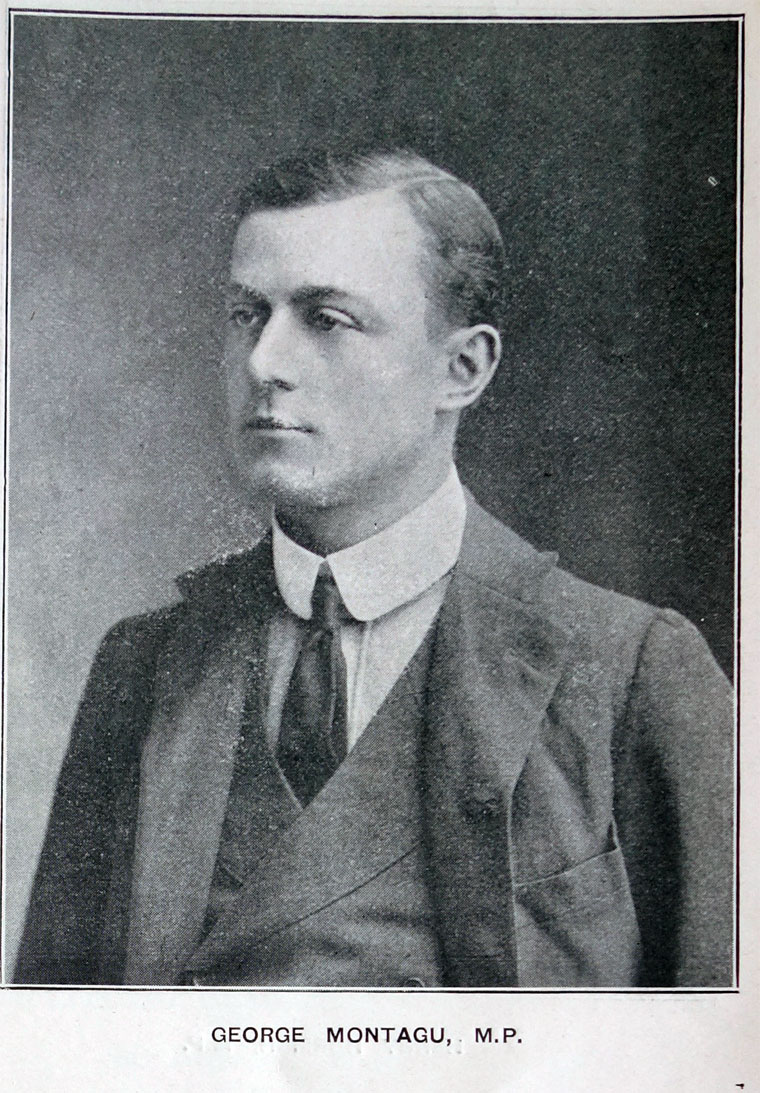 1904 MONTAGU, George, M.P., 17, Shaftesbury Avenue, London, W.C. Has been for five years secretary to Mr. Walter Long at the Board of Agriculture and the Local Government Board. Has represented South Huntingdonshire in the House of Commons since 1900. Is interested in Railway matters, and is a strong advocate of the mono-rail system of railway construction. Has served on two Parliamentary Railway Committees. Club: A.C.G.B. & I. (Club Committee). [1]

MONTAGU, GEORGE, M.P.- Born in December, 1874, and educated at Winchester and Magdalen College, Oxford, Mr. George Montagu has been four years private secretary to Mr. Walter Long at the Board of Agriculture and the Local Government Board. Since its commencement, he has been on the staff of the Car Illustrated, managing the railway side of the paper. Besides automobilism, Mr. Montagu has interested himself particularly in the future of the mono rail. As the representative in Parliament of South Huntingdonshire since 1900, he has served on two important Committees dealing with railways in the United Kingdom.