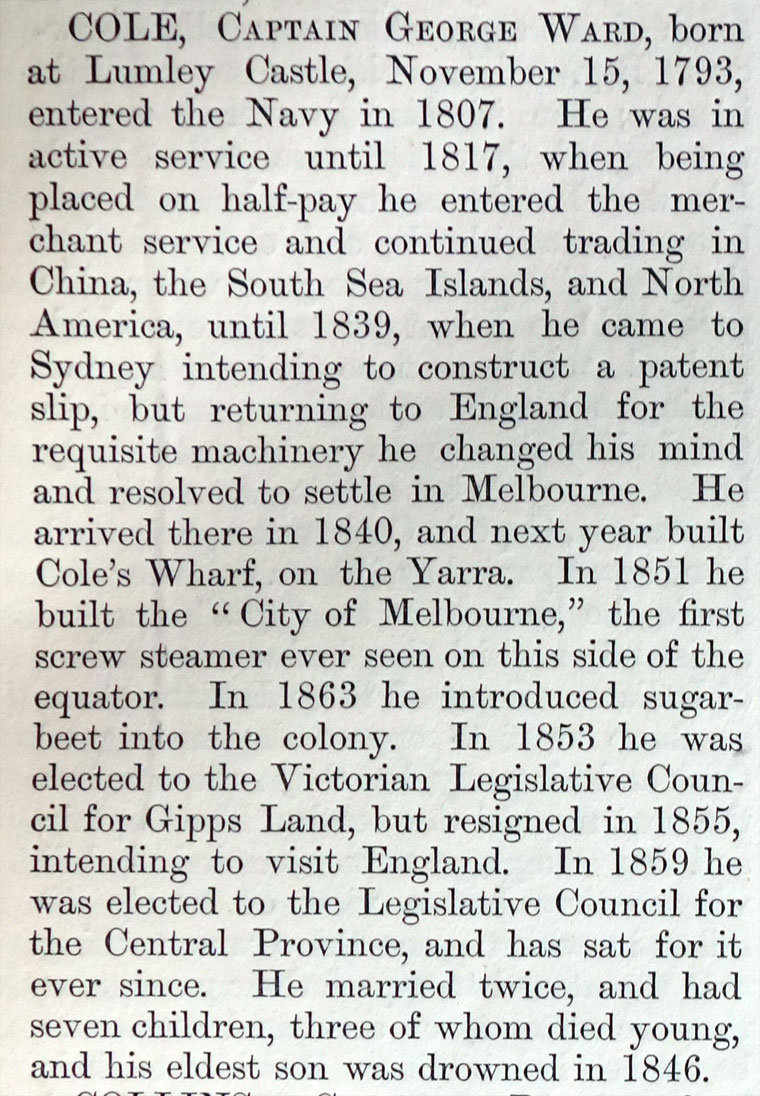 COLE, CAPTAIN GEORGE WARD, born at Lumley Castle, November 15, 1793, entered the Navy in 1807. He was in active service until 1817, when being placed on half-pay he entered the merchant service and continued trading in China, the South Sea Islands, and North America, until 1839, when he came to Sydney intending to construct a patent slip, but returning to England for the requisite machinery he changed his mind and resolved to settle in Melbourne.

He arrived there in 1840, and next year built Cole's Wharf, on the Yarra.

In 1851 he built the "City of Melbourne," the first screw steamer ever seen on this side of the equator.

In 1863 he introduced sugar beet into the colony.

He married twice, and had seven children, three of whom died young, and his eldest son was drowned in 1846.