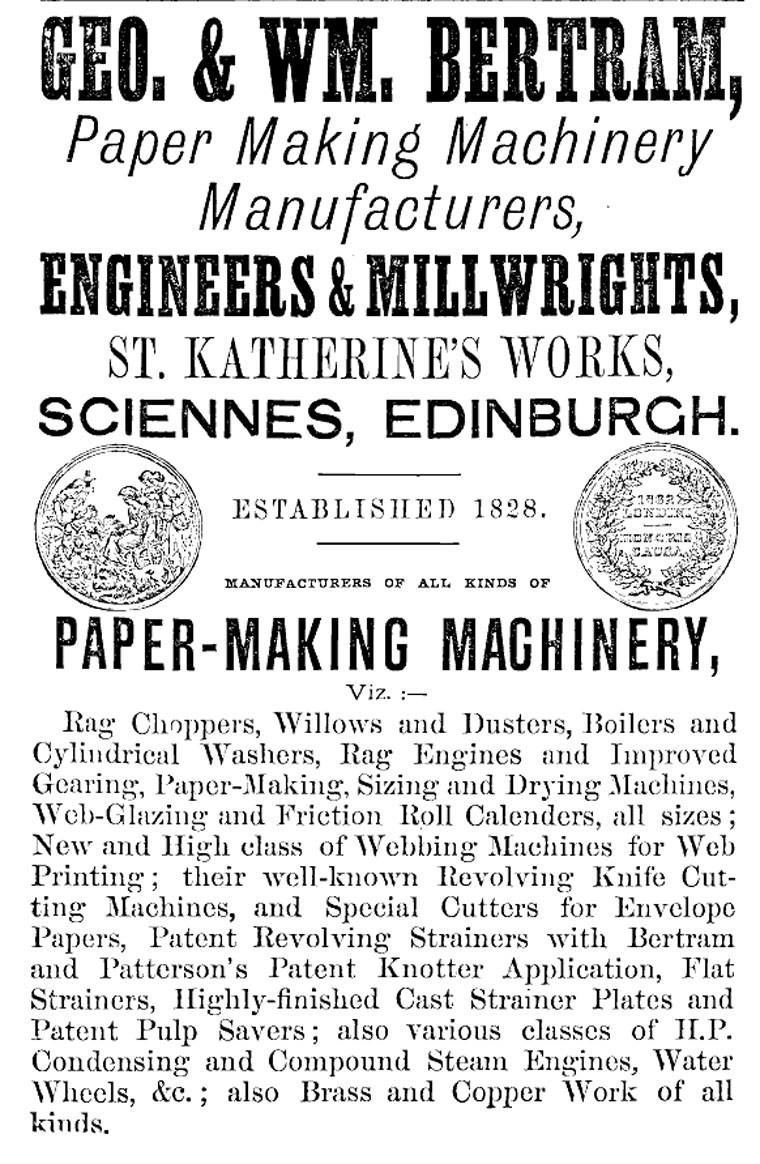 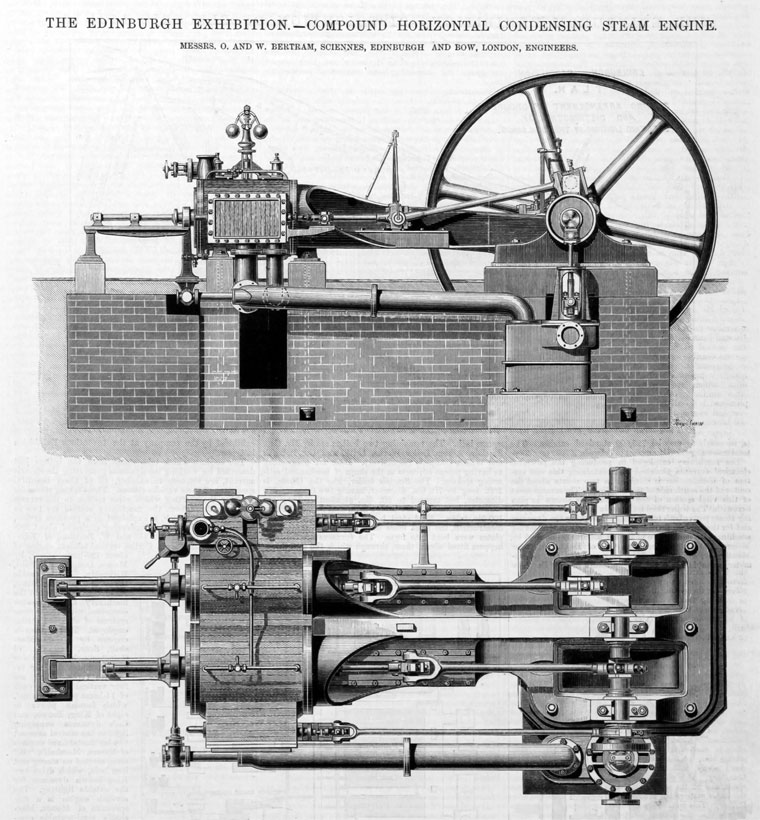 of Edinburgh, manufacturers of paper-making machinery and large steam engines

1821 Company founded in Sciennes, Edinburgh by George and William Bertram, who had been apprenticed with J. and E. Hall in Dartford, involved with paper-making machinery.

1845 Another engineering company, James Bertram and Son, was established by a younger brother, in Leith Walk, in 1845.

George's son David took over the business from his father. He was the last of the direct line of Bertrams running the business.

1874 Michael Patterson was appointed manager of the St. Katharine’s Engineering Works of George and William Bertram.

1880 George Bertram, who had carried on the business for 34 years, retired; the business was continued by his 3 sons.[1]

1888 Bertrams Ltd was registered to take over the business; William Bertram and David Noble Bertram were the only Bertrams who were directors[2]; the third brother (presumably John) had retired (living on private means in 1891 census).

1980s saw the decline and ultimate collapse of Bertrams.

1981 The foundry at Westfield closed in 1981 and the company itself went into liquidation the following year.

Bertrams Sciennes Limited, lasted until 1985, when the factory closed.

NB In contrast to the reference[3], it seems unlikely that the Bertram brothers could have spent 20 years in Dartford (as stated there) before setting up his business in 1821 so this part of the statement has been removed.