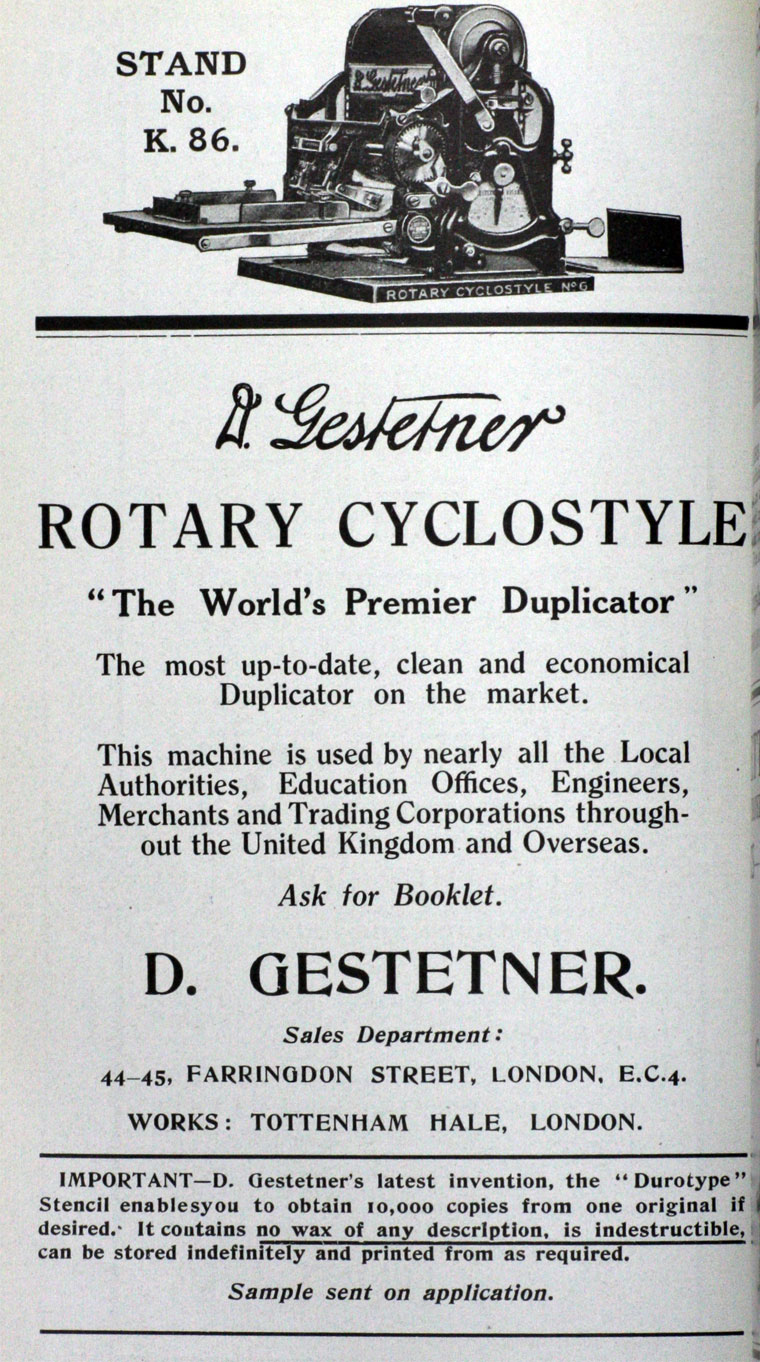 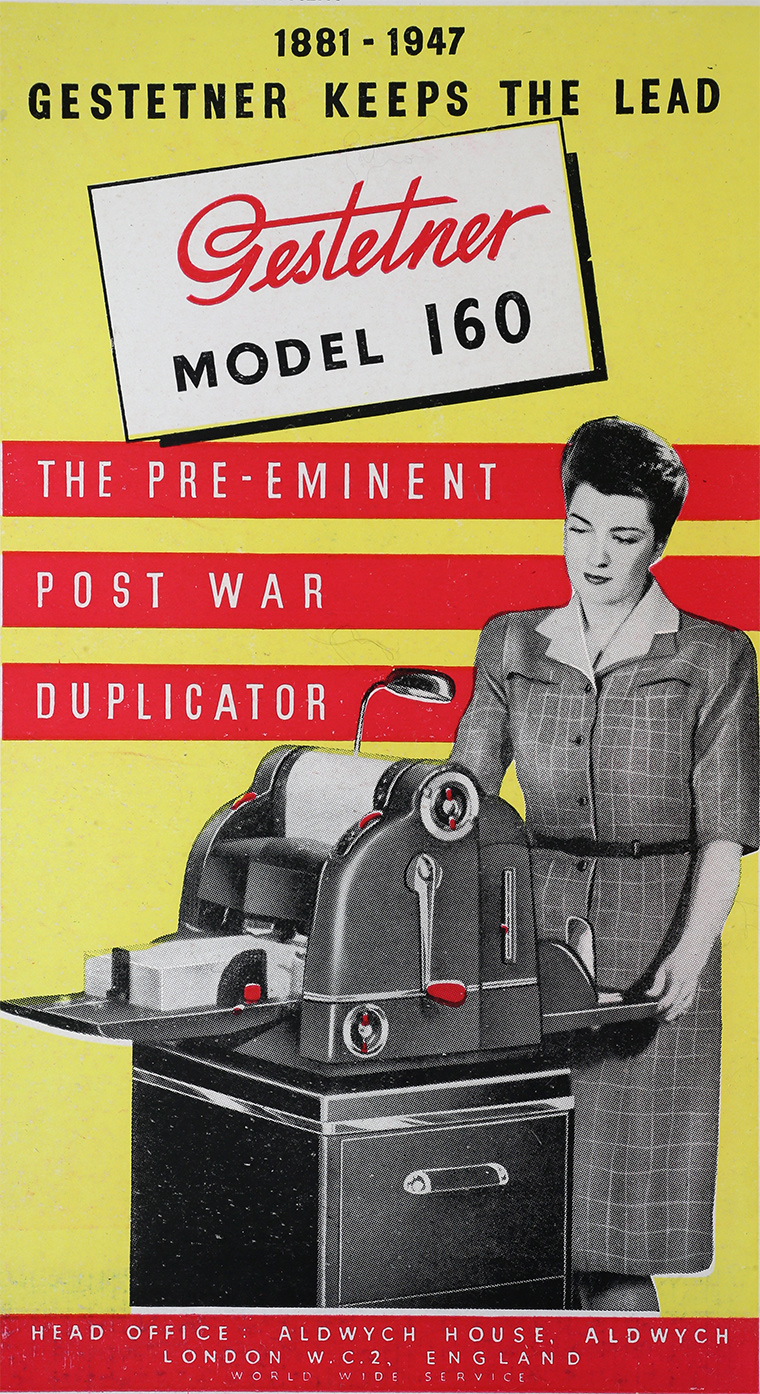 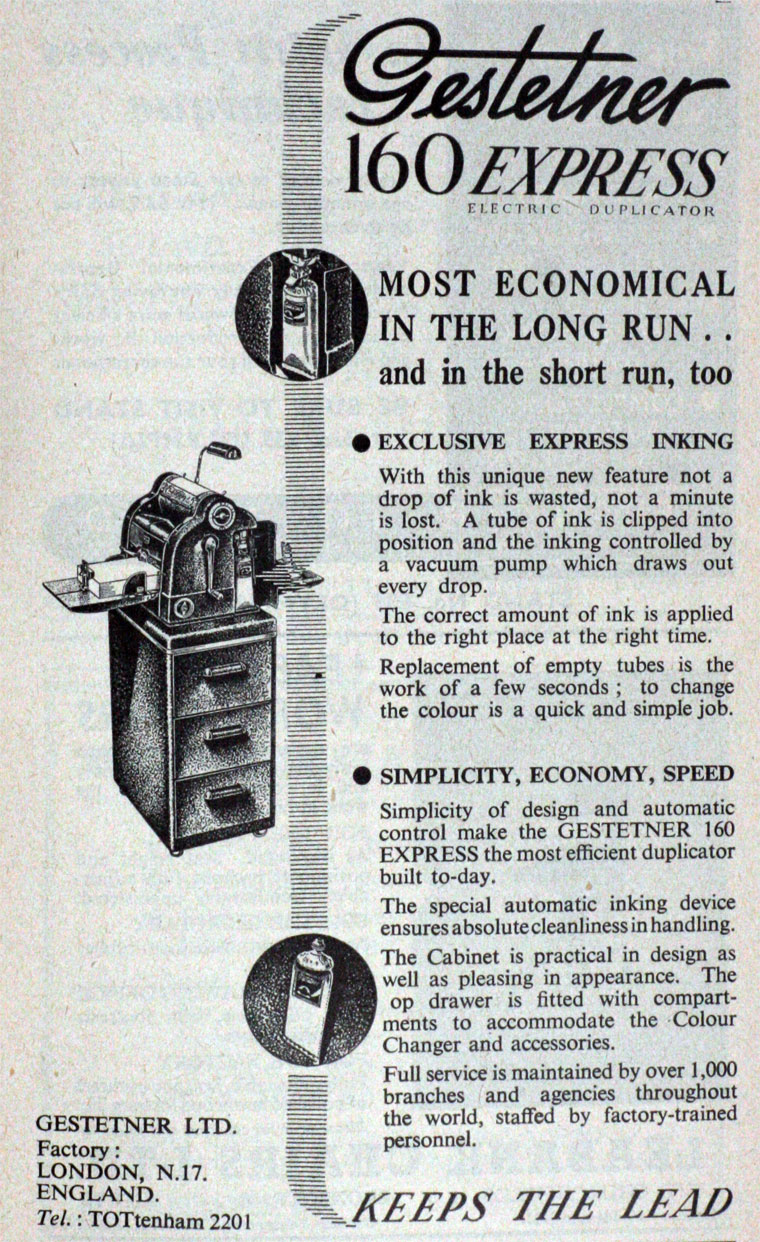 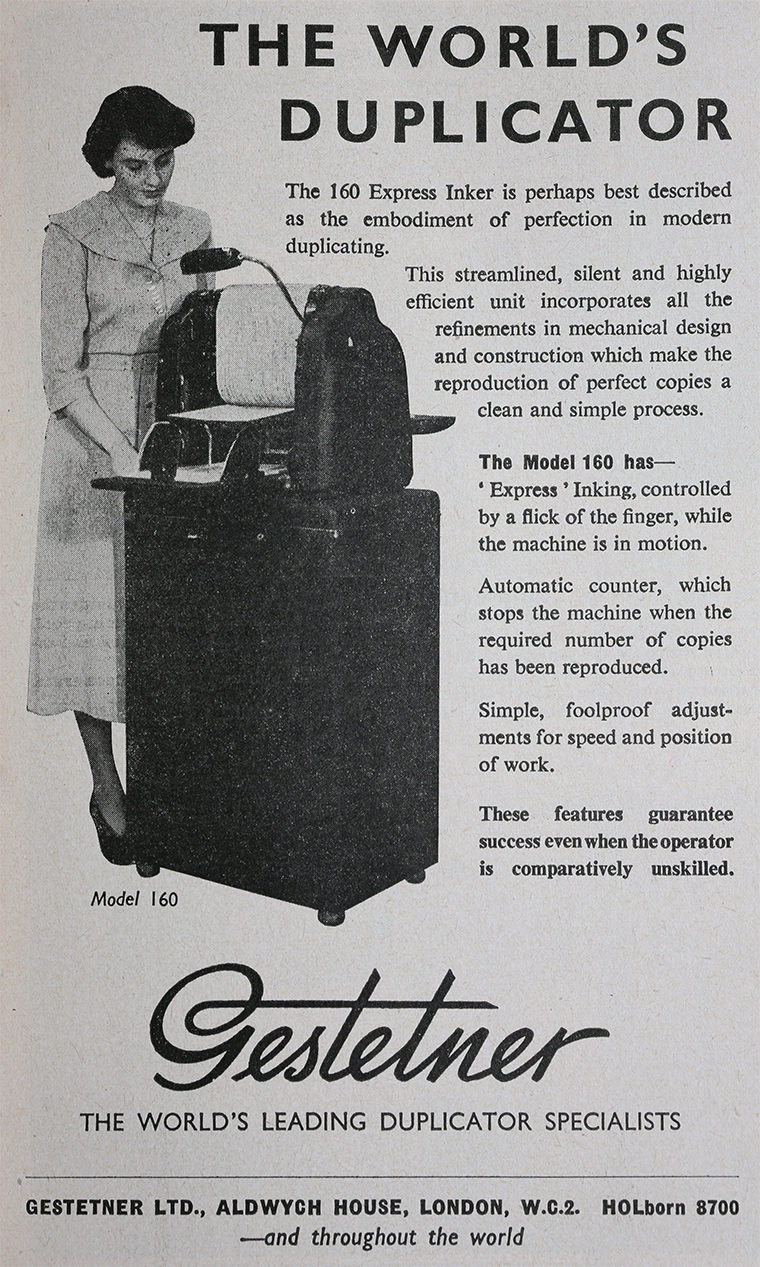 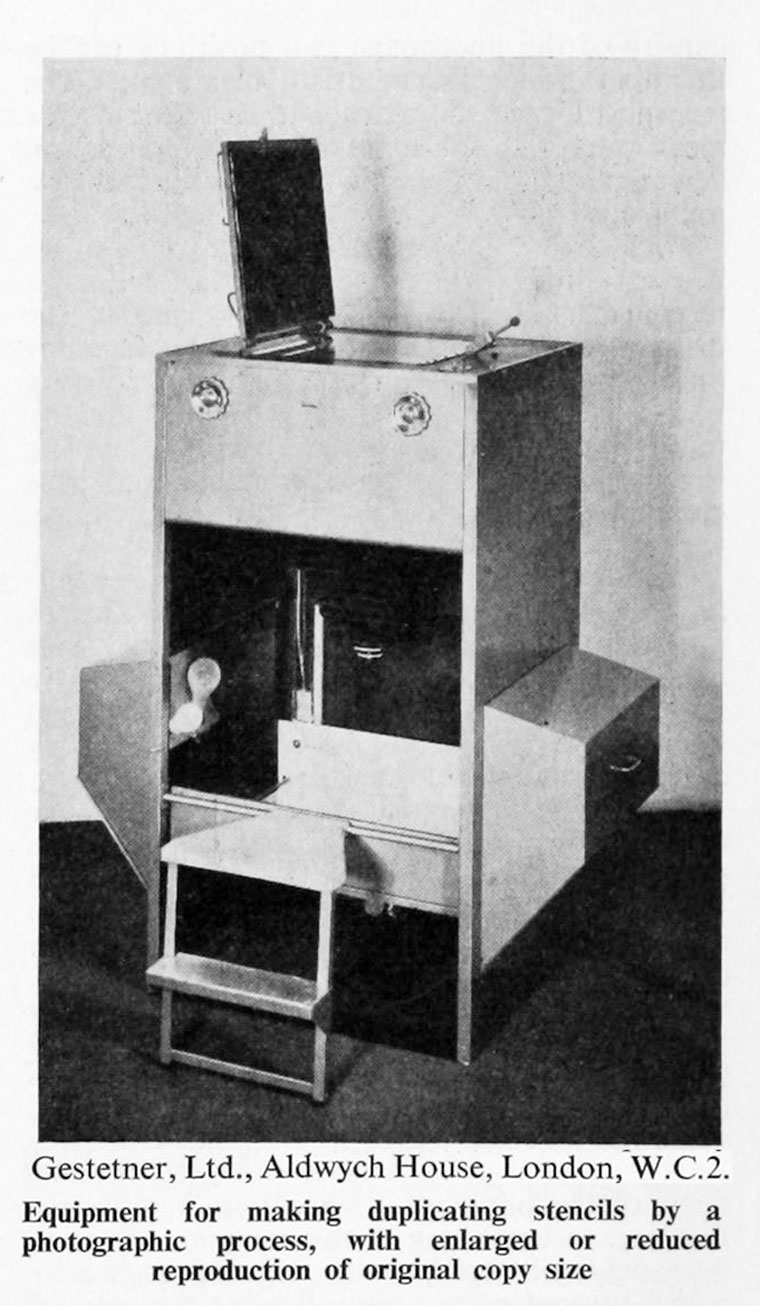 1854 David Gestetner, was born in Csorna, Hungary. He was the inventor of the Gestetner stencil duplicator, the first piece of office equipment that allowed businessmen to make numerous copies of office documents quickly and inexpensively.

1879 in London, he filed the first of his many patents in connection with copying.

1881 He established the Gestetner Cyclograph Company and his most fundamental patent, filed in 1881, was concerned with the invention of the Cyclostyle, a pen with a small, sharp-toothed, rotating wheel at its tip which could be used to write and draw by perforating a new kind of stencil; the latter was based on a Japanese tissue with which he was familiar from a period during which he sold kites in Chicago. The pen and the stencil used in conjunction enabled office duplicating to be done for the first time in quantity, at speed, and with good quality results, and Gestetner can, with justification, be called the founder of the worldwide office copying and duplicating industry. His company was incorporated in the US.

His invention became an overnight success, and he soon established an international chain of branches that sold and serviced his products.

During the ensuing years he further developed his invention, with the stencil eventually being placed on a revolving drum, into which ink was placed. The drum was revolved and ink, spread by centrifugal force, was forced out of the cuts made in the stencil and placed on a sheet of paper which was fed through the duplicator and pressed by pressure rollers against the drum. Each rotation of the drum fed and printed one sheet. After the first typewriter was invented, a stencil was created which could be typed on, thus creating copies similar to printed newspapers and books, instead of handwritten material.

1897 - 1905 A series of his patents relate to the inventions Gestetner developed in rotary duplicating machines.

The Gestetner Company expanded quickly during the first half of the 20th century.

1922 British Industries Fair Advert for Rotary Cyclostyle "The World's Premier Duplicator". Notice at foot of page: "Important - D Gestetner's latest invention, the "Durotype" Stencil enables you to obtain 10,000 copies from one original if desired. It contains no wax of any description, is indestructible, can be stored indefinitely and printed from as required". Manufacturer of Duplicating Machines and Accessories. (Stand No. K.86) [1]

1996 the international Gestetner Company was acquired by the Ricoh company of Japan. The company was renamed NRG Group, and markets and services Ricoh products under its three main brand names, primarily in Europe, South Africa and the Middle East, but also through dealers throughout the world.