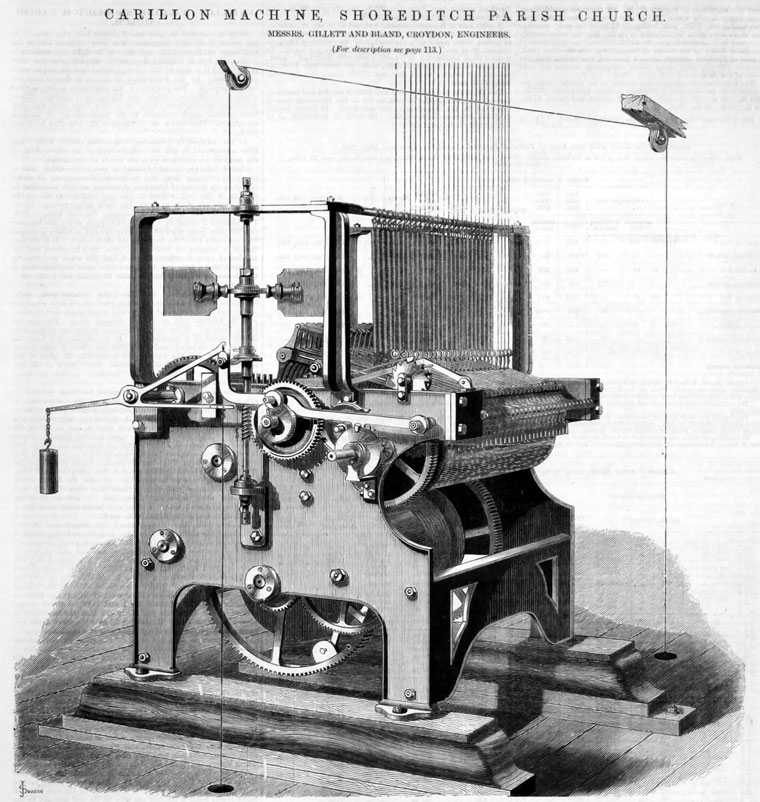 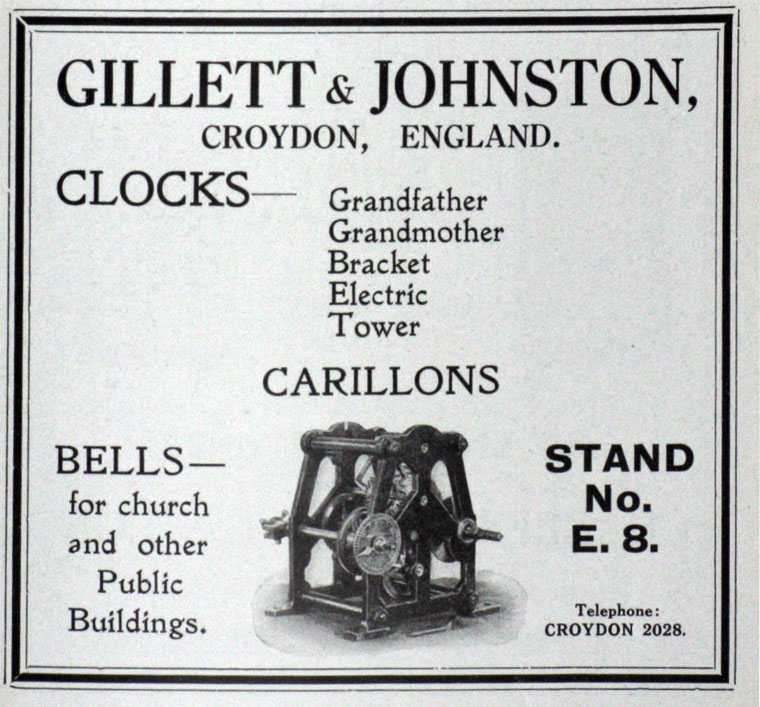 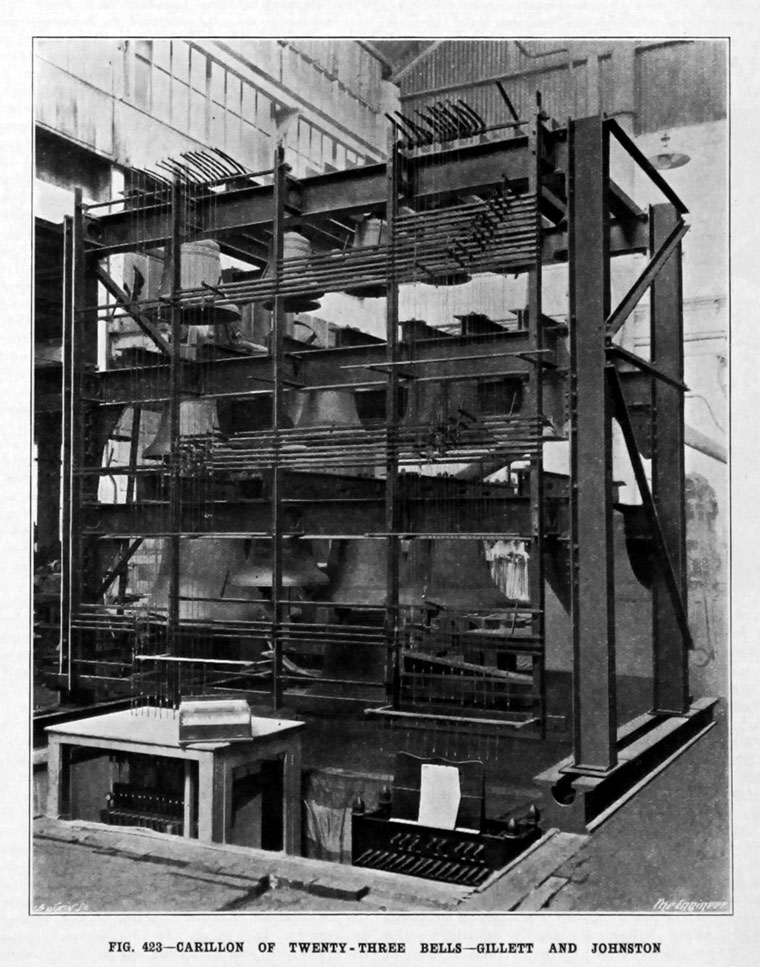 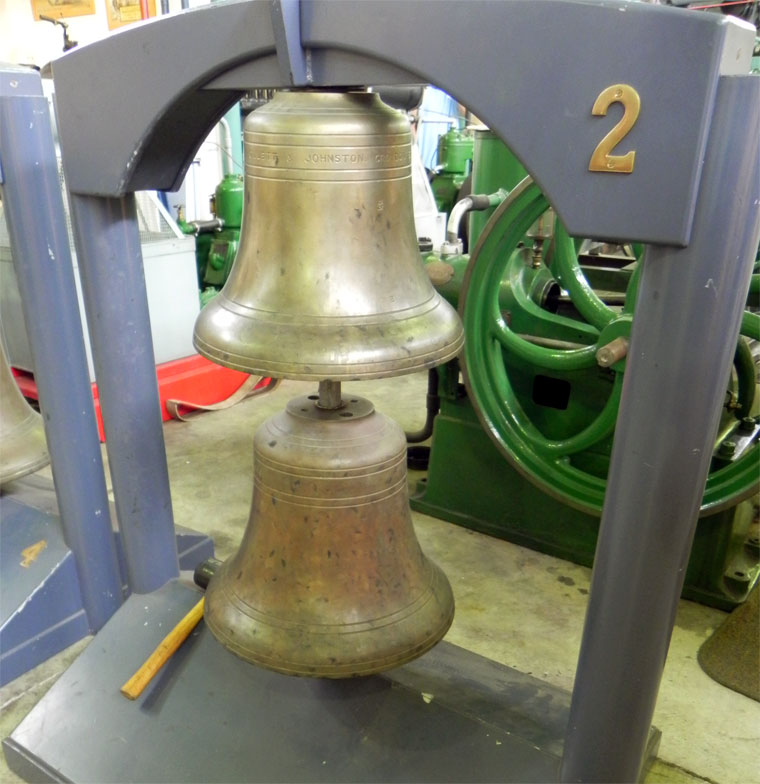 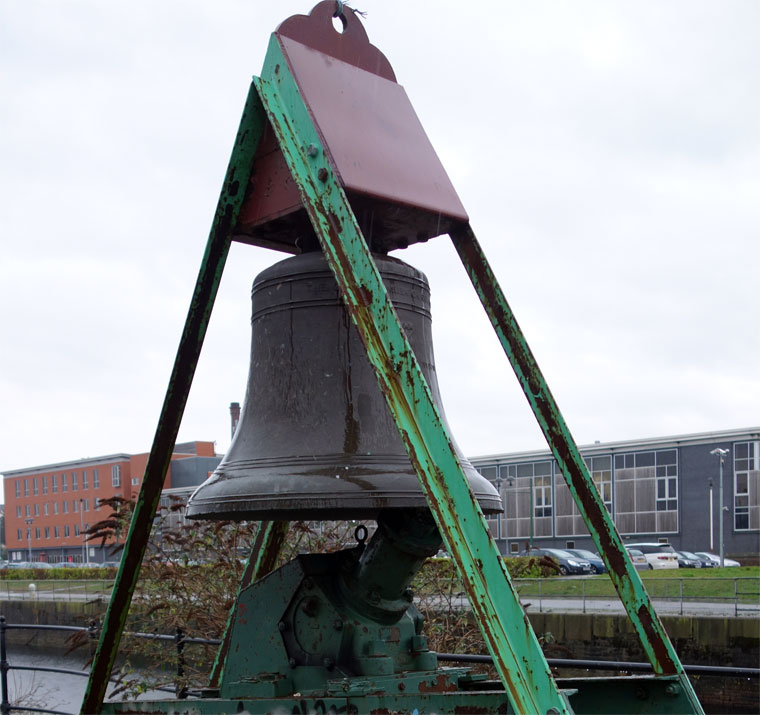 1948. Quayside Bell at Woodside, Birkenhead. Made by Gillett and Johnston for the Gas Accumulator Co.

1948. Quayside Bell at Woodside, Birkenhead. Made by Gillett and Johnston for the Gas Accumulator Co. 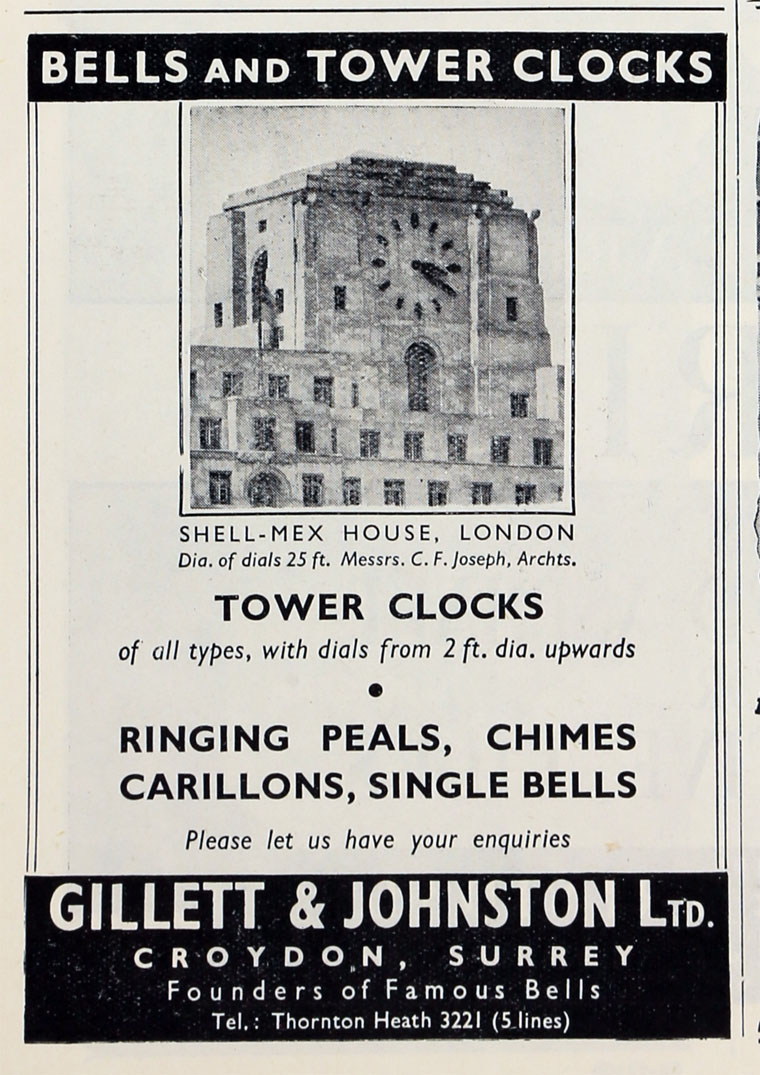 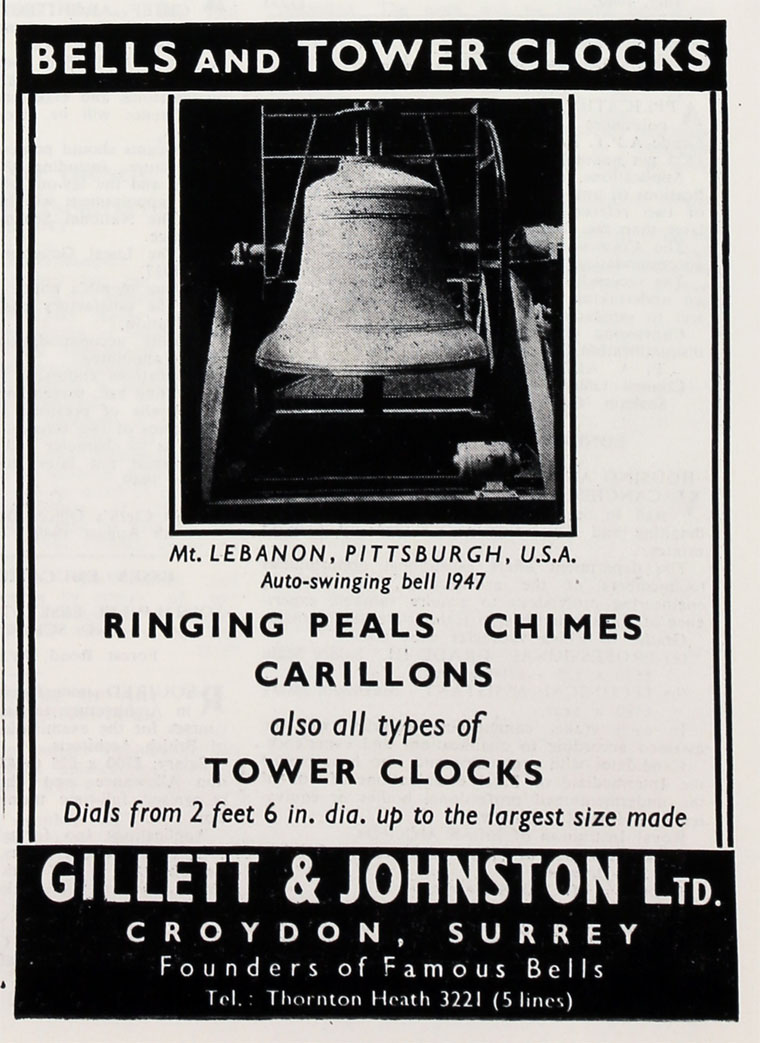 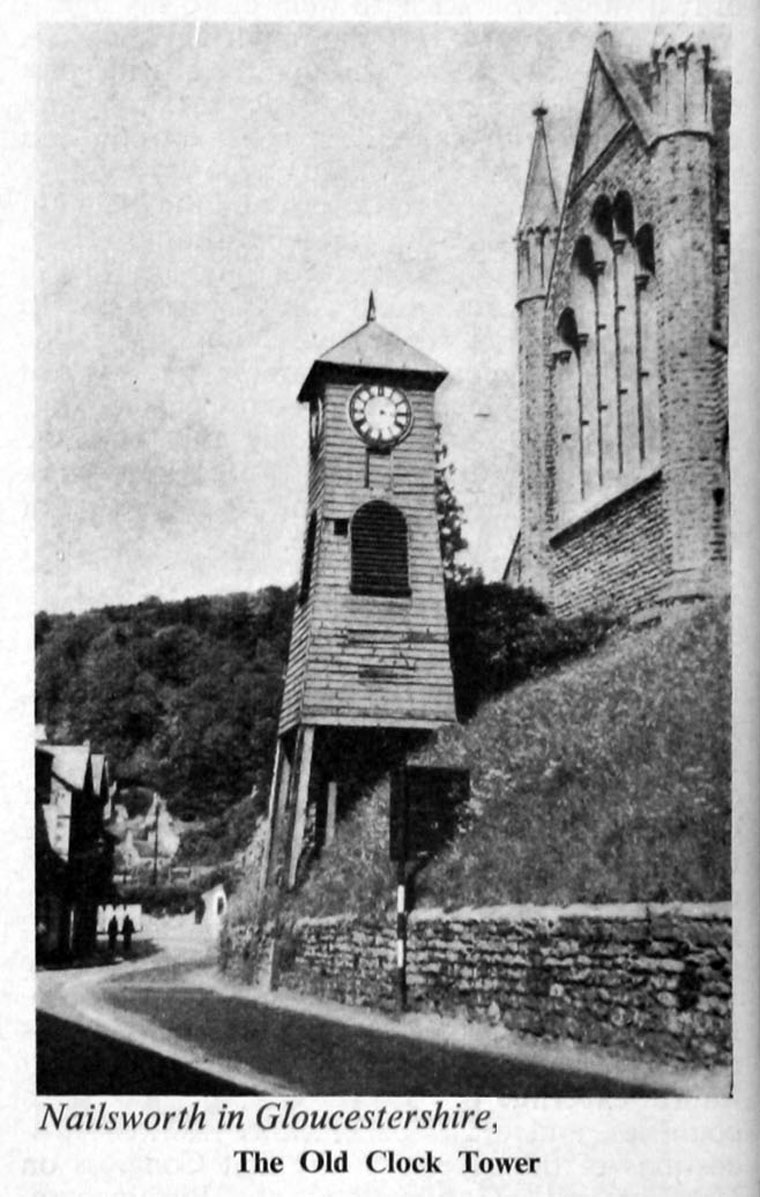 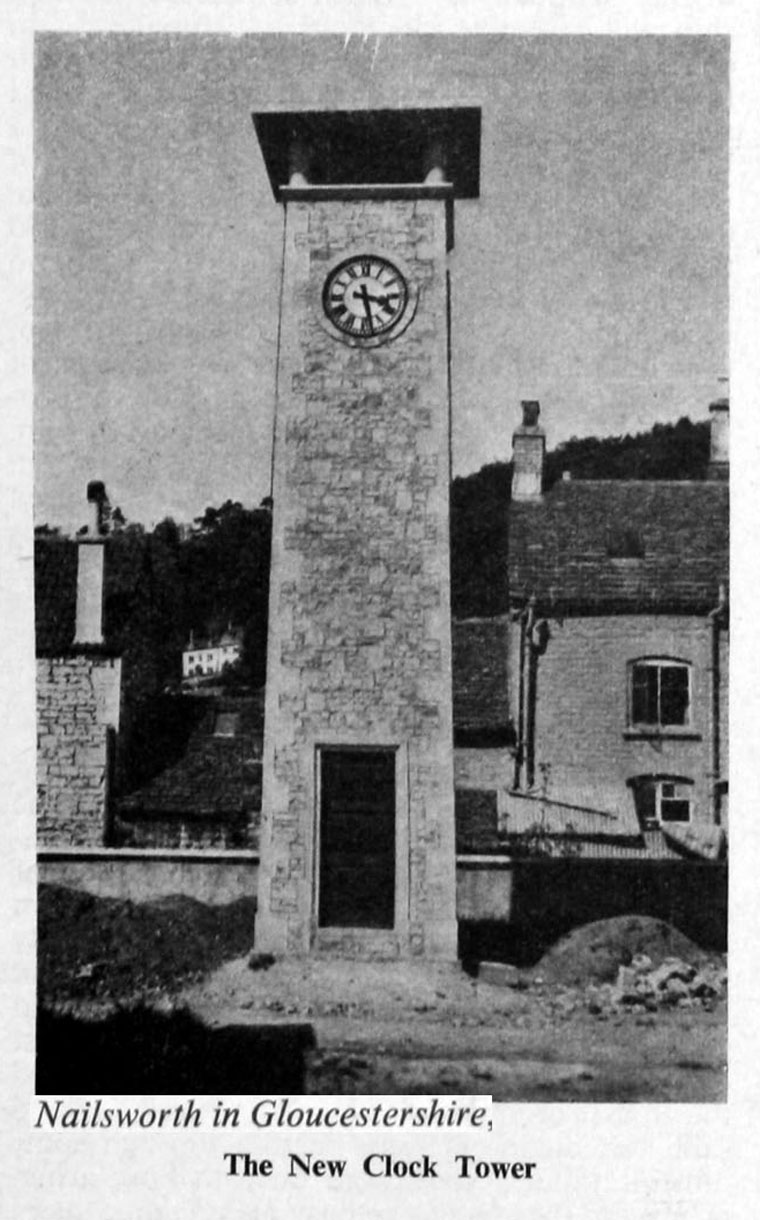 Clockmakers and bellfounders of Croydon

1844 The business was established by William Gillett, and at first, was devoted entirely to the manufacture of small clocks.

A few years later Gillett was joined by Charles Bland, and they started making Turret Clocks for which they have a worldwide reputation.

1875 Gillett and Bland manufactured clocks on a large scale, and devoted much attention to the improvement of carillon machinery. Delivered a carillon to Shoreditch Parish Church; selected by Manchester Corporation to supply a carillon for the new town hall[1]

1877 Arthur Johnston became a partner and the business was further extended to include a Bell Foundry.

Arthur's son, Cyril Johnston, perfected the art of tuning and who made the name of Gillett and Johnston synonymous with bells and carillons throughout the world.

c.1920 Clock on display at the Museum of East Anglian Life.

1922 British Industries Fair Advert for Clocks: Grandfather, Grandmother, Bracket, Electric, Tower; Carillions**, operated electrically or by hand; Bells for church and other Public Buildings. Weight-driven or electrically operated. Made in all sizes. (Stand No. E.8) [2]

1960 The firm was acquired by Cyril Coombes who continued to build up the clock side of the business, until his untimely death in 1972. Since then his son, Stephen Coombes has concentrated on consolidating and modernising the business.