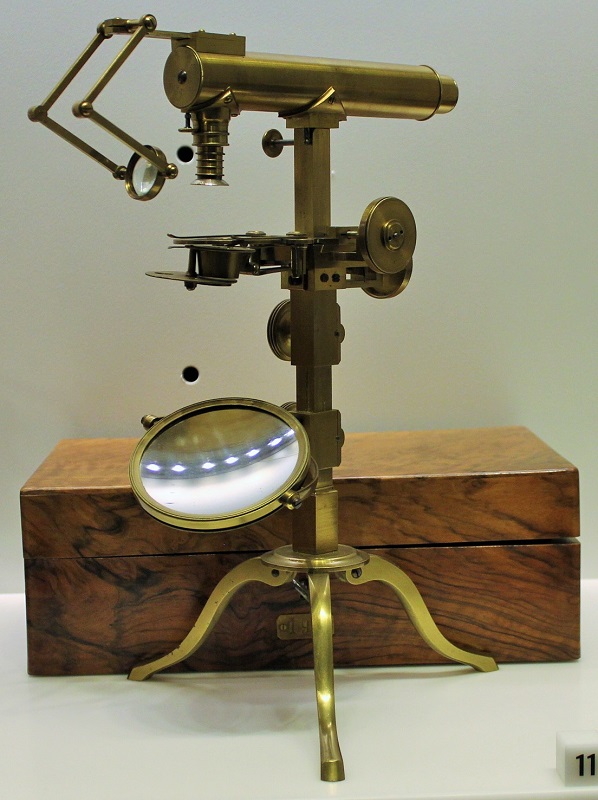 Giovanni Battista Amici (1786-1863) was an Italian astronomer, microscopist, and botanist.

After studying engineering and architecture at Bologna, he became professor of mathematics at Modena, and in 1831 was appointed inspector-general of studies in the Duchy of Modena. He then became director of the observatory at Florence. He produced about 300 microscopes and made excellent telescopes, micrometers, camera lucidas, and other equipment.

He introduced improvements in microscopes and in the mirrors of reflecting telescopes. He invented the dipleidoscope and also the direct vision prism. In astronomy he studied double stars, Jupiter's satellites, and the measurement of the polar and equatorial diameters of the sun. His biological studies included the circulation of sap in plants, the fructification of plants, infusoria etc. He was the first to observe the pollen tube.

The above information is condensed from Wikipedia and the Museo Galileo website.

A number of Amici's microscopes and telescopes are on display at the Museo Galileo (Florence).