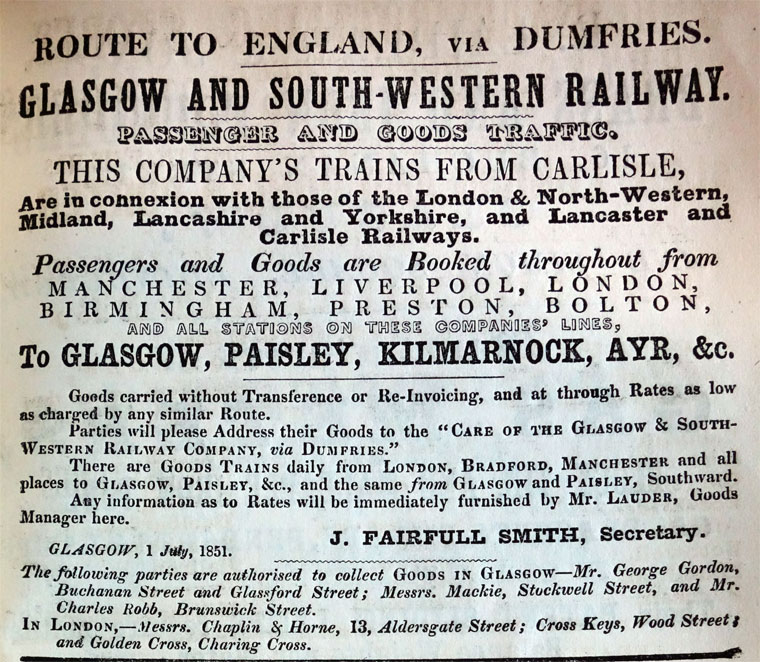 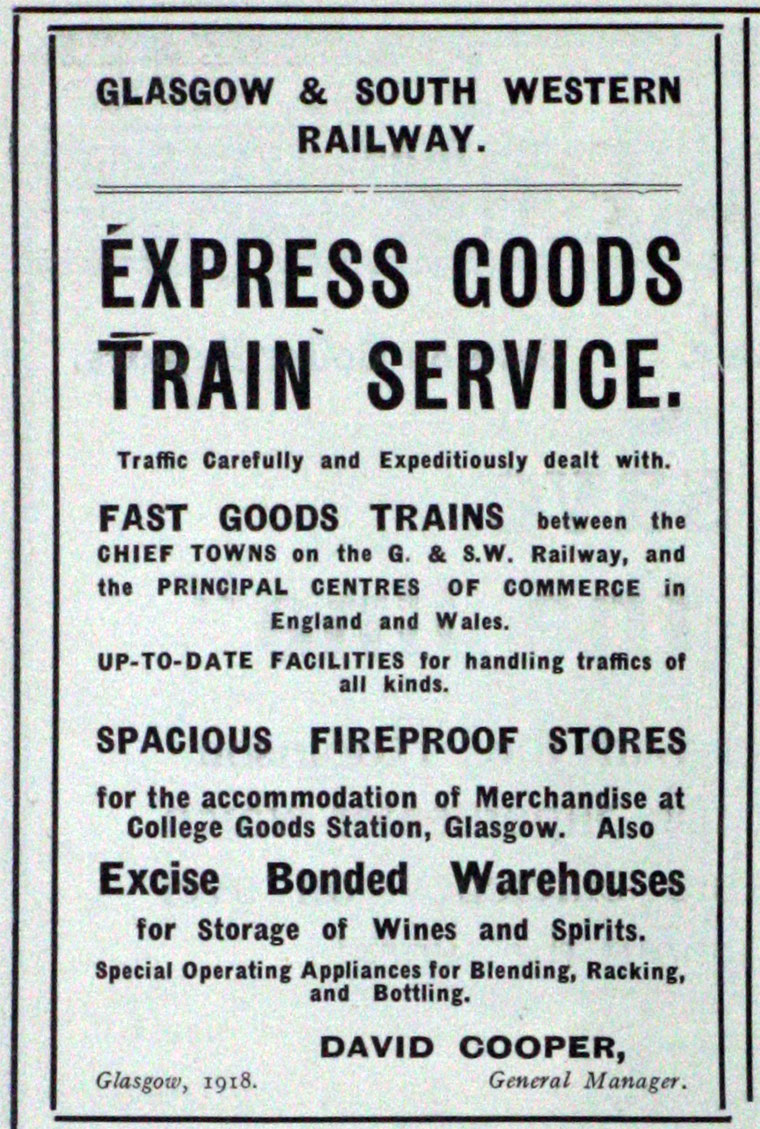 The Glasgow and South Western Railway, (G&SWR), one of the pre-grouping railway companies, served a triangular area of south-west Scotland, between Glasgow, Stranraer and Carlisle.

The first railway in Scotland authorised by Act of Parliament (27 May 1808), which was to become part of the G&SWR, was the Kilmarnock and Troon Railway, opened in 6 July 1812, built to carry coal; it was not taken over by the G&SWR until July 1899.

1850 The company dates from 1836, but was re-incorporated in this year under its present title.

1923 The G&SWR became a constituent of the London, Midland and Scottish Railway at the 1923 grouping of the railways.