Grace's Guide is the leading source of historical information on industry and manufacturing in Britain. This web publication contains 138,223 pages of information and 223,605 images on early companies, their products and the people who designed and built them. 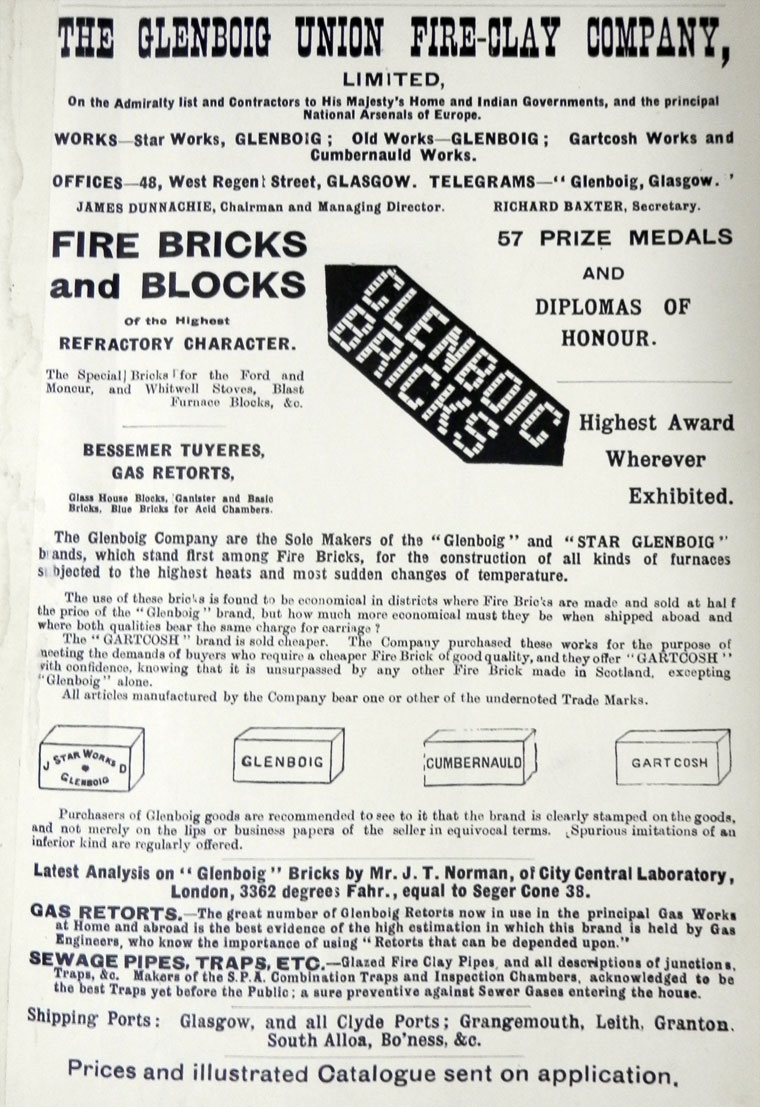 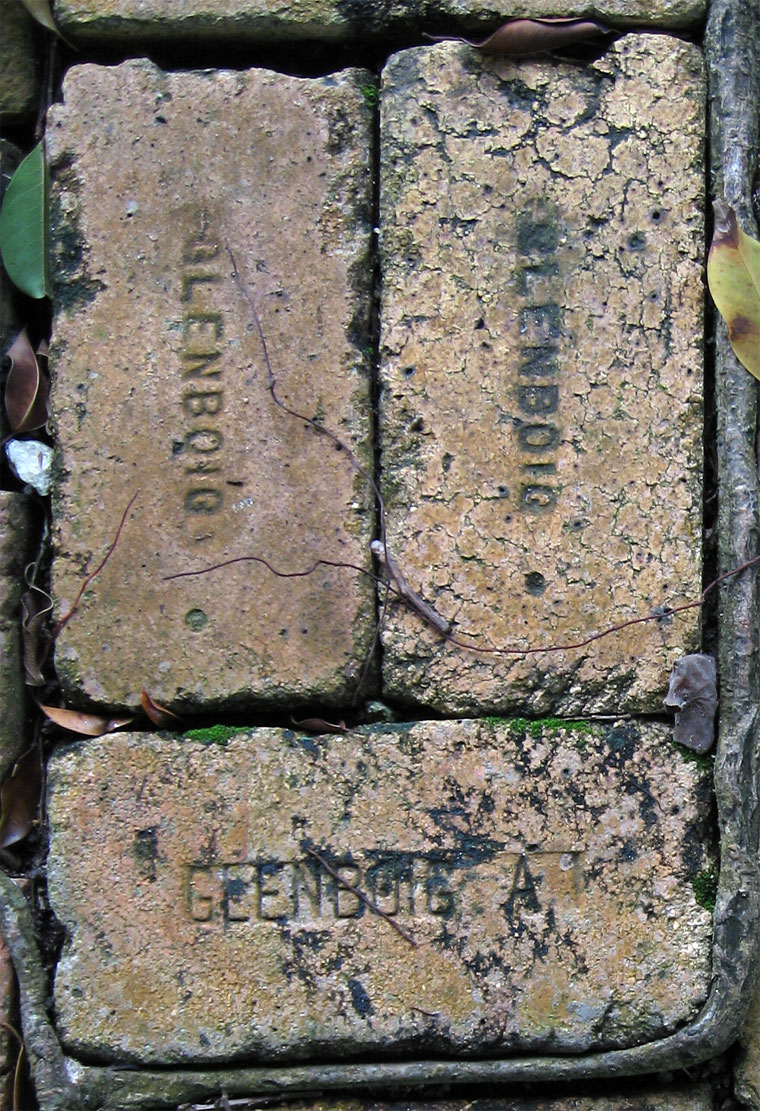 Fire-clay brick manufacture began in the Scottish Central belt at Glenboig in the 1830's but its development to a major industry providing the world with firebricks of unequalled excellence must in large part be credited to the invention and organising ability of James Dunnachie at Glenboig, from 1860.

The Glenboig Union Fireclay Co was founded by James Dunnachie and partners by the amalgamation of the "Old Works" and the "Star Works" in Glenboig. The company specialised in the production of refractory ceramic goods (e.g. furnace lining bricks and pipework) for the iron and steel industry which was flourishing in the nearby industrial towns.

It had already been proved that Glenboig bricks were superior to all others in Britain including the highly regarded Stourbridge and Newcastle bricks. James Dunnachie was to build on this reputation such that regular orders were received from as far as Russia, Canada, India, Australia and South America as well as over Europe. Medals and awards for Glenboig products were won all over the world.

1865 He formed the Glenboig Fire-clay Co with John Hurll and John Young, themselves pioneer firebrick manufacturers.

1872 When the partnership folded, Dunnachie built the Star Works immediately adjacent to the Old Works, and in competition with them. His bricks, at that time, bore the legend J. D. and the title "Star Works, Glenboig" or "Glenboig" with a star imprinted below the word.

1882 The two companies decided to amalgamate as the Glenboig Union Fireclay Company Ltd with Dunnachie as Managing Director.

1882 The Cumbernauld Fire-clay Co (founded 1874) or Cumbernauld Fireclay Works and Mine, had works beside the Caledonian Railway with fire-clay from Abronhill. In 1882 the Works are sold for £4000 to the newly formed Glenboig Union Fire-Clay Co, under James Dunnachie. The company was registered on 26 August, to acquire the businesses known as the Glenboig Fire Clay Works and the Glenboig Star Fire Clay Works, carried on by James Dunnachie and the Glenboig Fire Clay Co respectively at Glenboig, near Coatbridge, Lanarkshire. [1]

Dunnachie's invention of a gas kiln for firing bricks was to earn him even greater praise and money. The gas kilns first proved themselves at the Company's works at Glenboig, Cumbernauld and Gartcosh, as they allowed greatly increased temperatures and considerable savings in fuel costs.

Palacerigg Mine 1884-1958 called the "Glen Cryan Mine" was first run by Glenboig Union Fireclay Co. Amalgamated with General Refractories of Sheffield (but continued to trade in Scotland under the Glenboig name).

1890 The company took over operation of Gartcosh Works (perhaps this means the fire-brick works?)

1901 The clay miners went on a strike, broken only after 10 long months when the management brought in blackleg labour.

1909 Much of the work was dirty, hard, and dangerous. One accident, in 1909, resulted in four clay-miners being killed after an underground roof fall.

1921 The Company employees gave a reception for J. D. after 60 years of service to Glenboig. In his speech of thanks, the 88 year old Dunnachie recalled how Glenboig had been a hamlet of 120 inhabitants and how it had grown to a thriving community of 3000-4000 people with its own railway station, churches, shops and a world name for firebricks. Ten days later James Dunnachie died and was succeeded by his son.

1936 The Glenboig Union Fireclay Co was purchased by General Refractories Ltd, of Sheffield.

1937 Listed Exhibitor, British Industries Fair. Manufacturers of Firebricks and Sanitary Pipes of every description. Specimens of the famous Glenboig clay will be shown and also shapes similar to those used in the "Queen Mary". (Stand Nos. D.913 and D.810) [3]

The "Star Works" closed sometime after 1974.