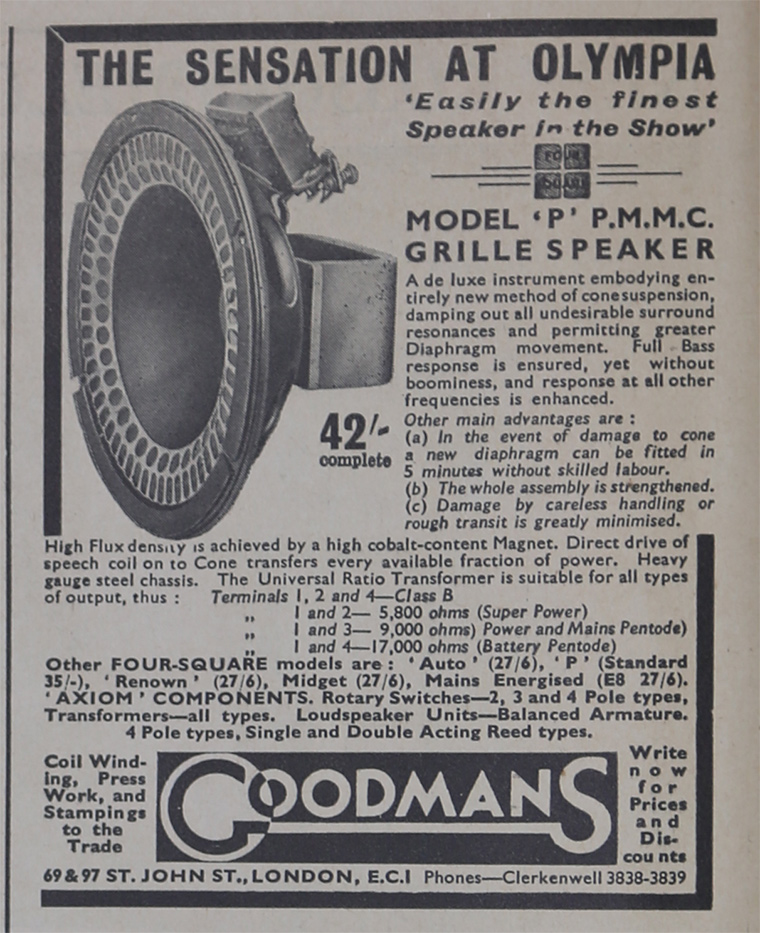 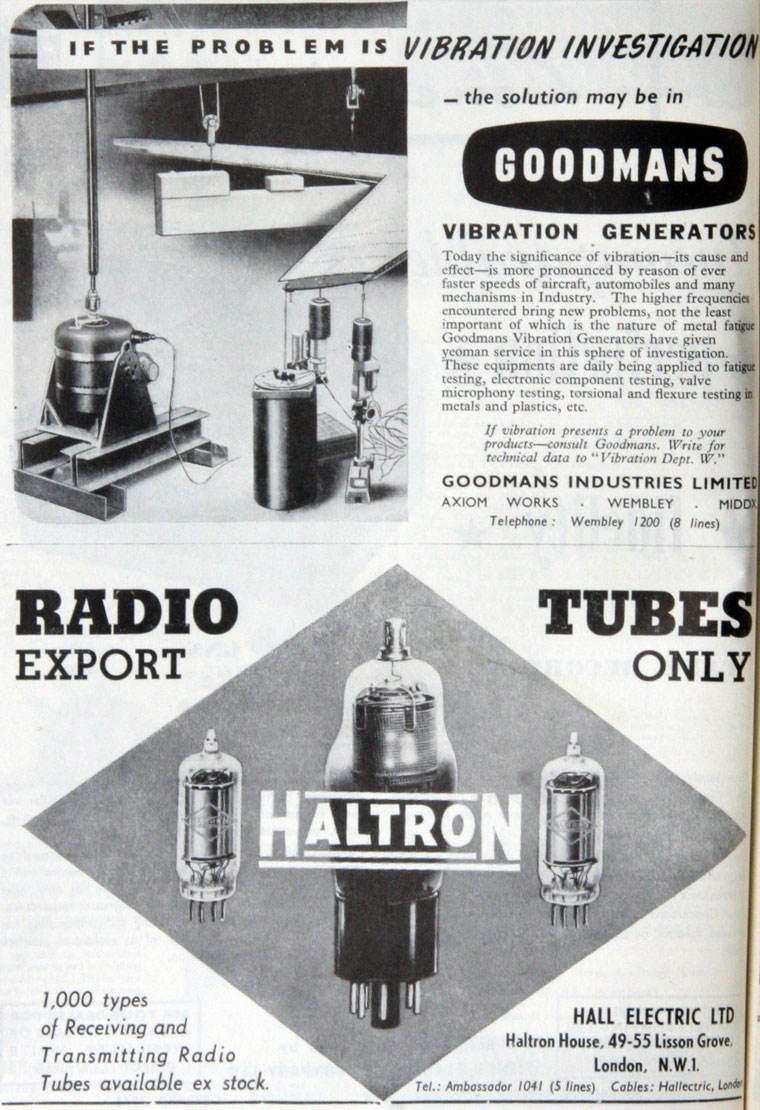 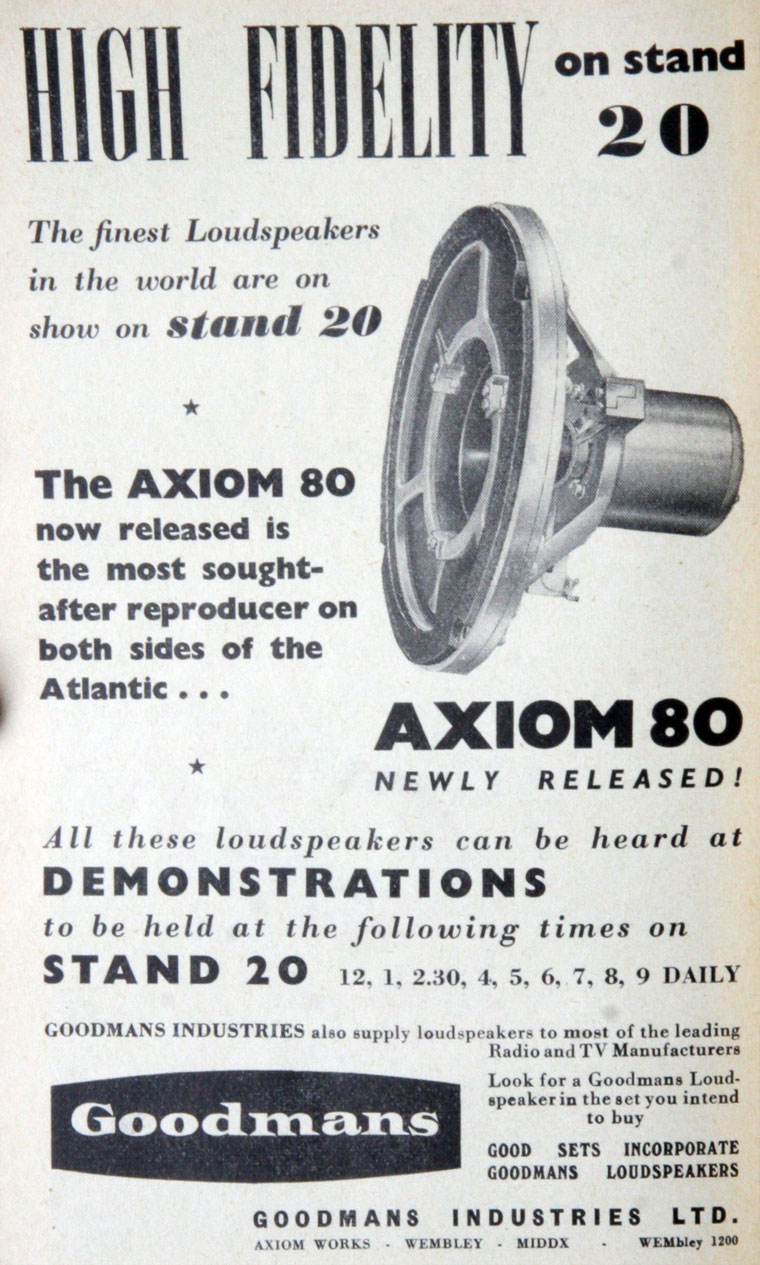 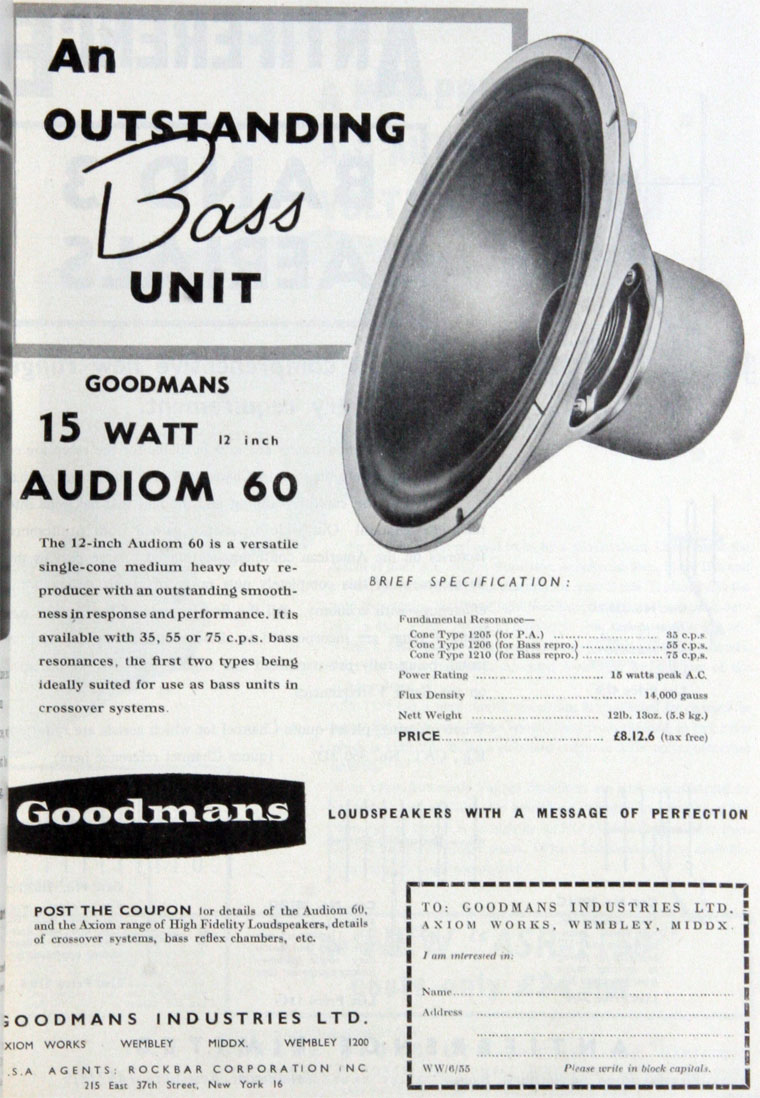 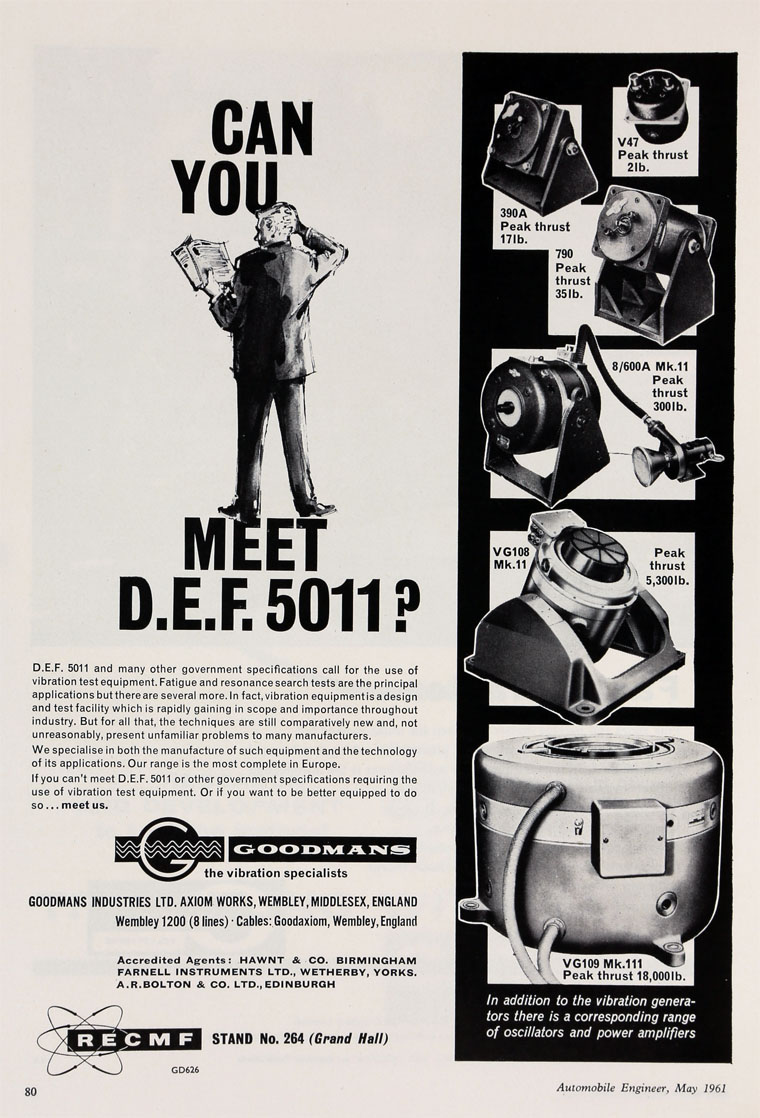 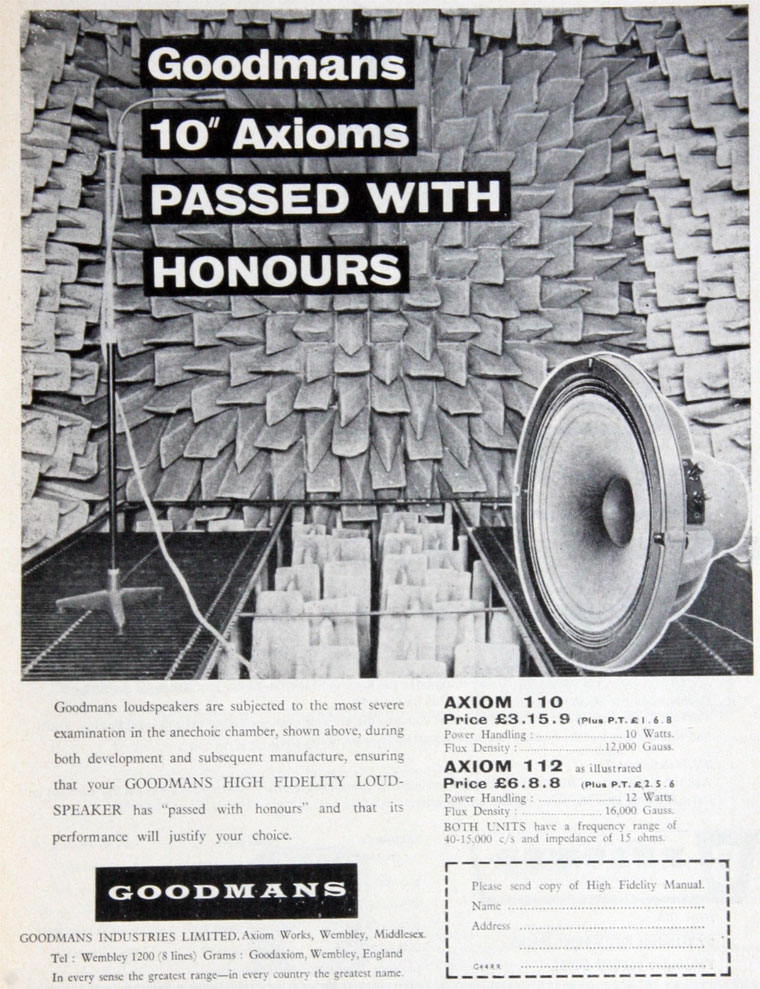 1968 Maker of loudspeakers, tuners, and amplifiers at Wembley and Havant. 78% of Goodmans' ordinary shares were owned by Radio Rentals and 22% by The Plessey Co Ltd.

At some point there was a management buyout

1986 Tannoy (loudspeakers) and Goodmans were merged to form TGI[2]