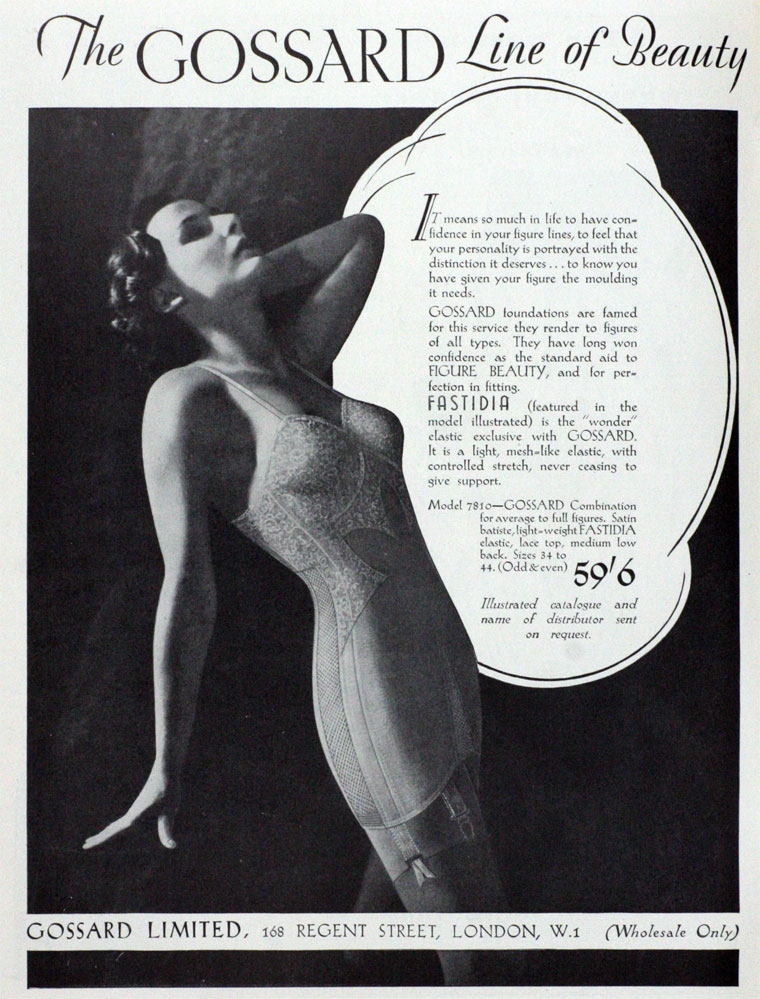 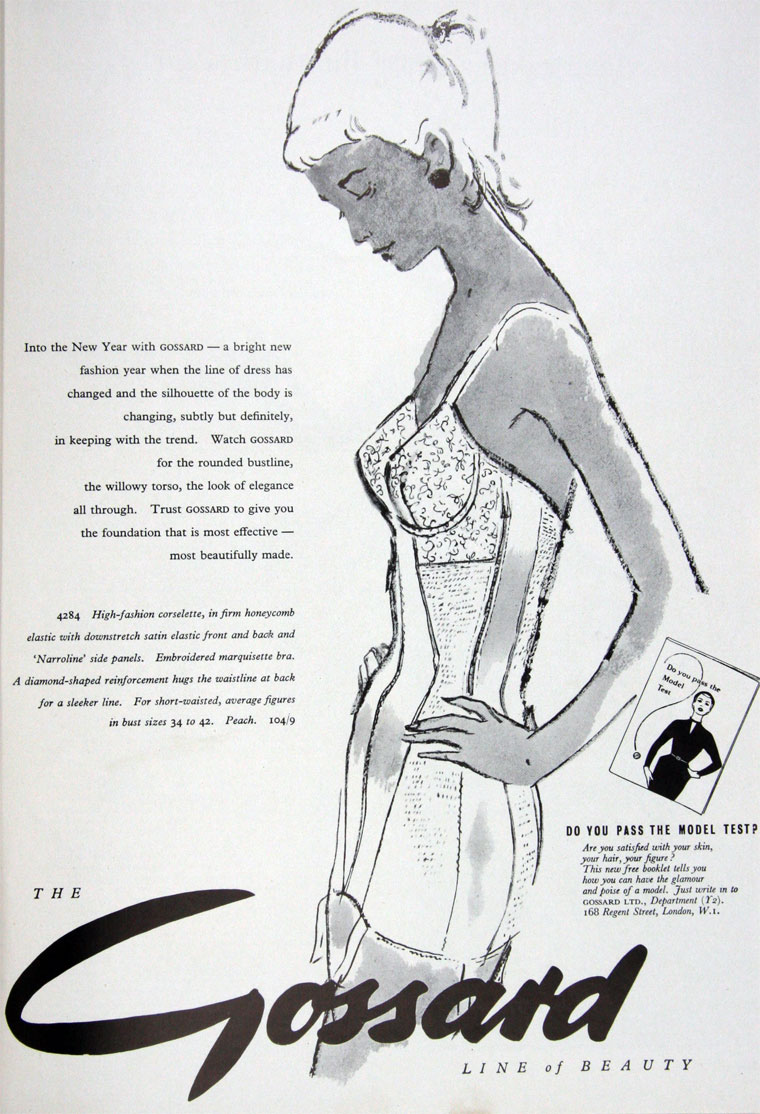 1901 Founded by Henry Williamson Gossard, an American representative for a wholesale dressmaking company. The H. W. Gossard Company was founded in Chicago and began producing corsets and other women's garments of the highest quality.

c1920 The first London office is opened and the first sales catalogues are produced for the UK market, featuring corsets and brassieres.

c1930 H. W. Gossard Company ceases to be an American Corporation and becomes a British Company.

1950s Formerly the production was in Croydon but in the 1950s it was moved to Marsh Barton, Exeter and also production at Blackwood, Wales

1963 Also had plant at Leighton Buzzard