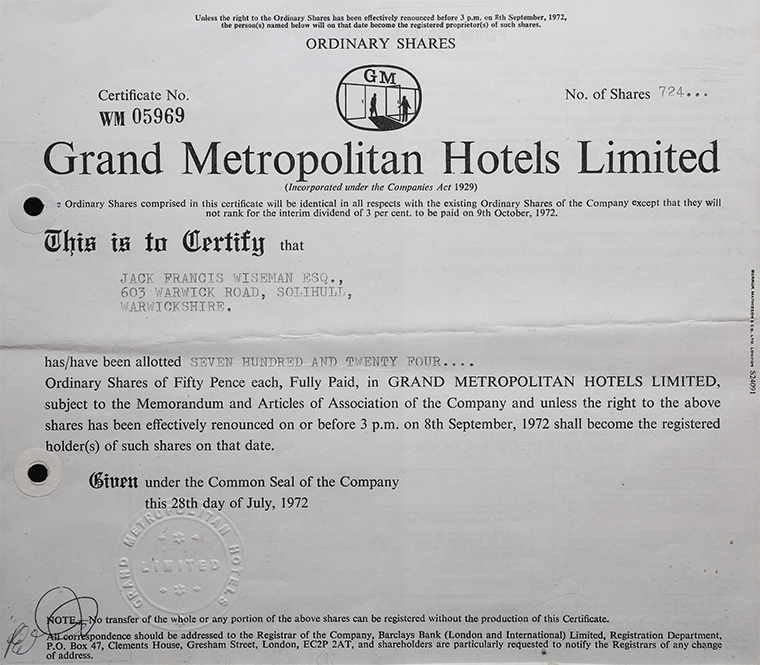 1934 M.R.M.A. was incorporated as a private company to run the Mount Royal Hotel in London[1]

1962 Acquired Grand Hotels (Mayfair) Ltd. Name of the group was changed to Grand Metropolitan Hotels Ltd when chairman Maxwell Joseph decided the group had much wider interests and there was scope for further expansion[2].

1967 it moved into the industrial catering business with Bateman Catering

Mid 70s: the group had become so diverse it was known as Grand Metropolitan