Grace's Guide is the leading source of historical information on industry and manufacturing in Britain. This web publication contains 140,065 pages of information and 227,378 images on early companies, their products and the people who designed and built them. 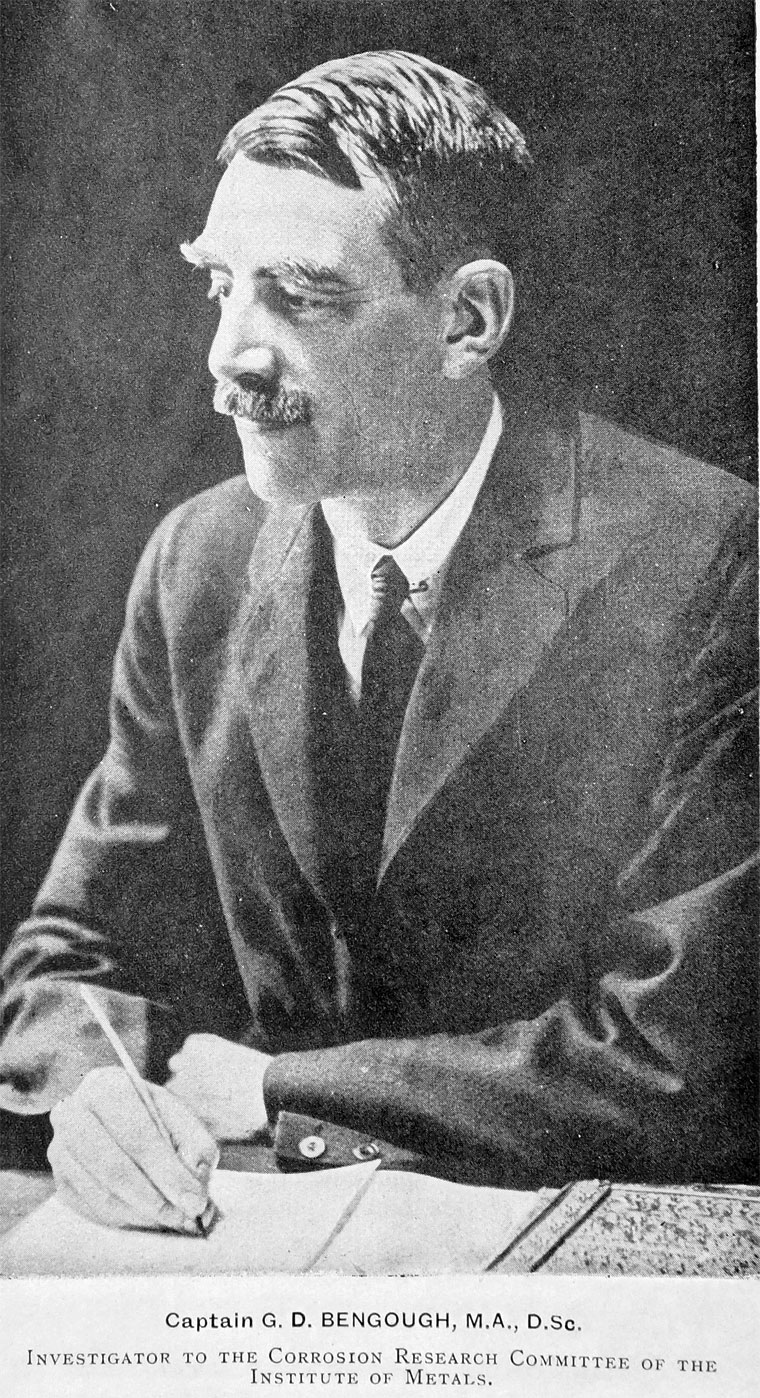 Dr. Guy Dunstan Bengough was a consultant to the Department of Scientific and Industrial Research and was well-known for his contribution to the problems connected with the corrosion of metals.

His research into the corrosion of metals began in his studies in the University of Liverpool in the metallurgical department. He was appointed investigator on corrosion to the Institute of Metals in 1908, and with Dr. C. F. Hudson amongst others, he published papers on copper-arsenic alloys, the heat treatment of brass and the properties of copper and alloys at high temperatures.

During the First World War he joined the Royal Artillery and in 1916 carried out research work on naval problems subsequently covering similar work for the Royal Air Force. He collaborated with Dr. Gibbs and Dr. Stuart in dealing with the nature of corrosive actions and the function of colloids in corrosion.

After the war, Dr. Bengough was appointed a principal scientific officer in the chemical research laboratory of the Department of Scientific and Industrial Research at Teddington, a position he continued to hold until he retired in 1936.

In 1926 he published, in conjunction with Dr J. M. Stuart, an account of the anodic process for the protection of aluminium and certain light alloys against corrosion. This was a valuable process and had come into use wherever aircraft were made.

Dr. Bengough became a Doctor or Science of Liverpool University and was elected Fellow of the Royal Society in 1938. After his retirement in 1936 he acted as a consultant to the chemical research laboratory and was Chairman of the Marine Corrosion Sub-Committee of the Iron and Steel Institute.