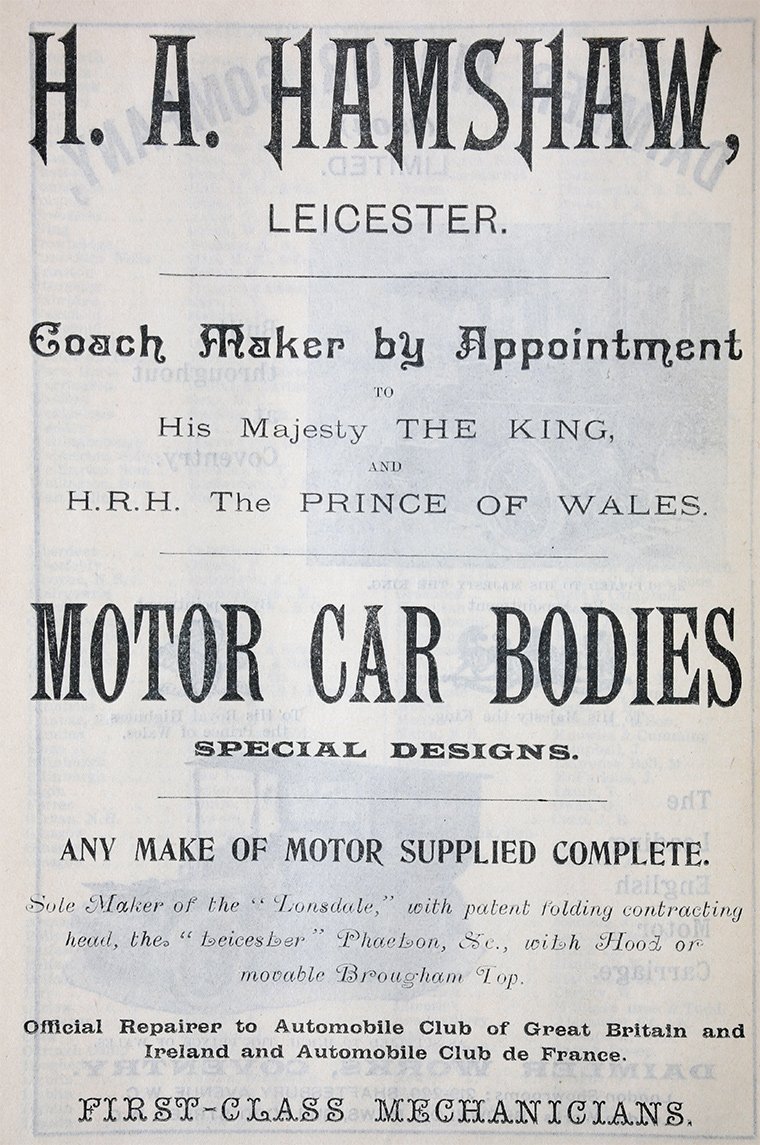 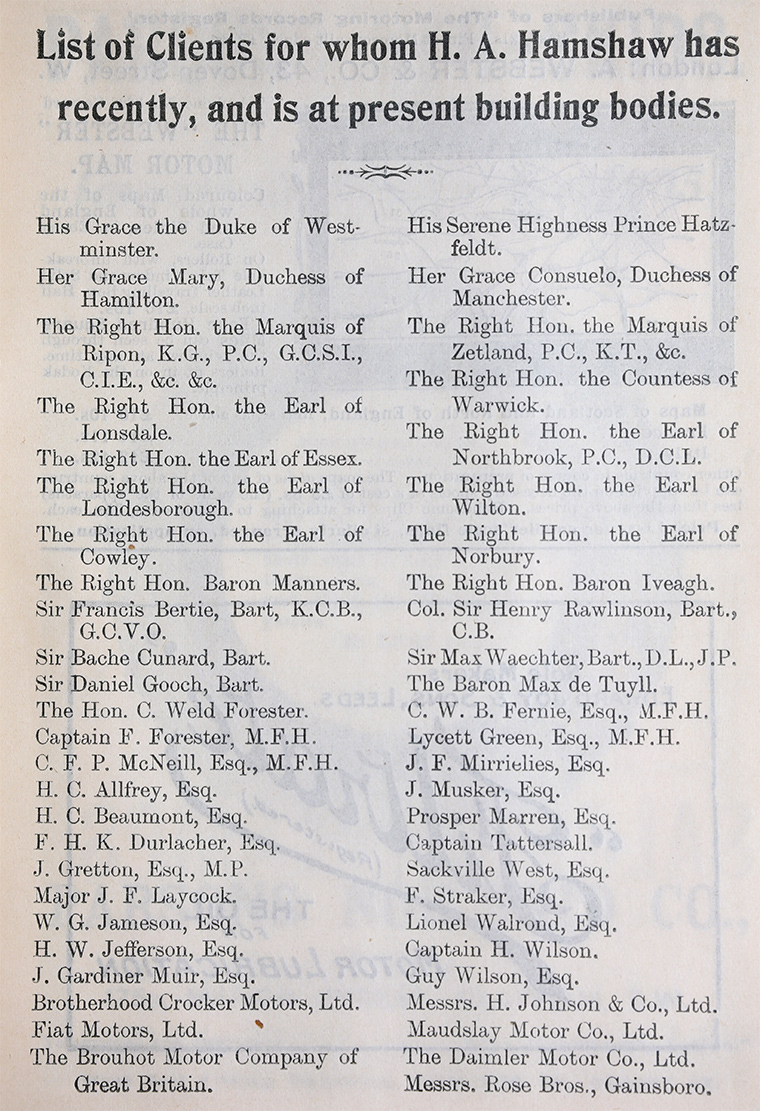 1880 'H. A. HAMSHAW, CARRIAGE BUILDER, 87, HUMBERSTONE GATE, (Opposite the Bell Hotel), LEICESTER. HAVING taken to Mr. G. PARR's very large stock of new and second-hand CARRIAGES much below cost price, he is now offering them at very considerably reduced prices to effect a speedy clearance in order to make room for an entirely new stock.'[1]

1961 Relocation of premises. 'Store Plans Expansion Plans for the expansion of Lewis's Ltd., in Leicester were announced yesterday. The firm has agreed to buy from H. A. Hamshaw Ltd, land and buildings at the rear of Humberstone Oate which are at present occupied by the company's showrooms and garages. Lewis's plan to develop the site partly as an extension to their present departmental store. The sale is expected to be completed in December 1964, when Harnshaw's will have modern showrooms, service departments and a car park on a central site in Leicester.'[2]