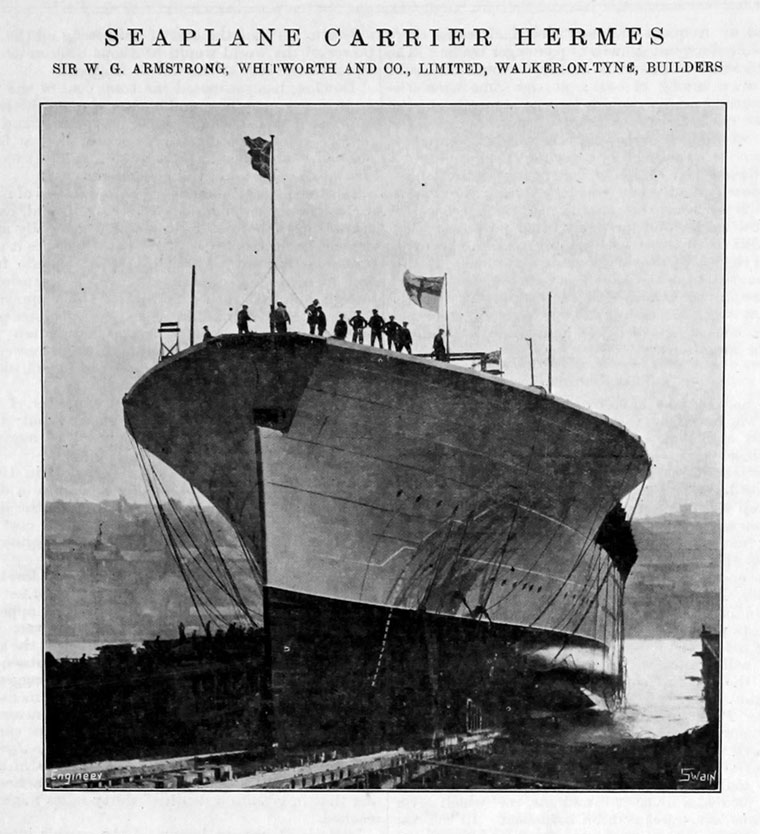 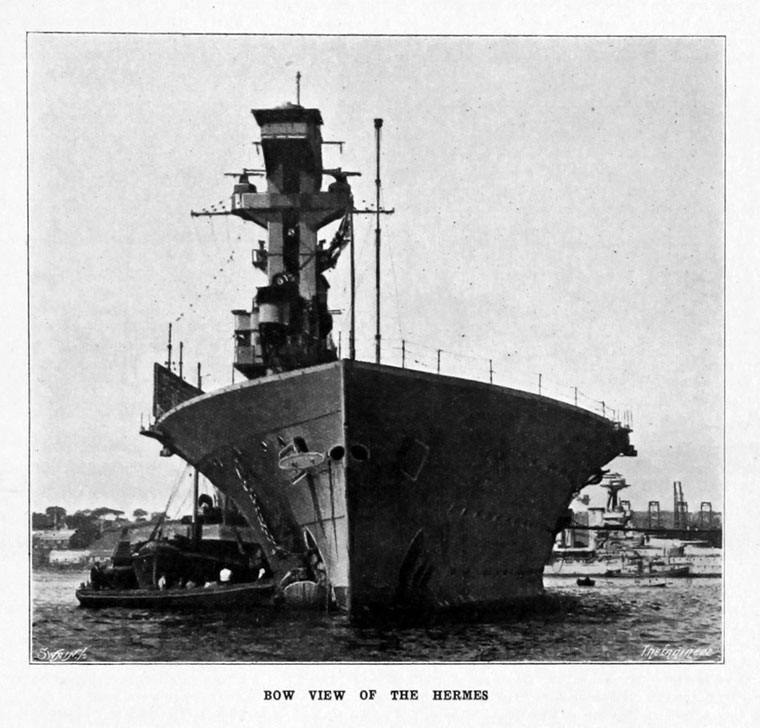 1898 A "second-class protected cruiser" bearing the name Hermes was launched by Fairfield Shipbuilding and Engineering Co. She was one of three vessels ordered in December, 1896, by the Admiralty, to be built in private yards - the others were HMS Venus and HMS Diana.

1919 Another Hermes was the first vessel specially designed to carry aeroplanes and seaplanes was launched from Armstrong's yard on the Tyne.