Grace's Guide is the leading source of historical information on industry and manufacturing in Britain. This web publication contains 142,252 pages of information and 227,823 images on early companies, their products and the people who designed and built them. 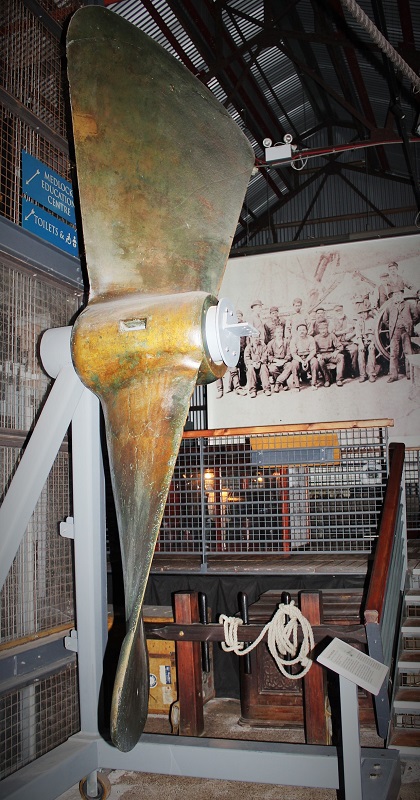 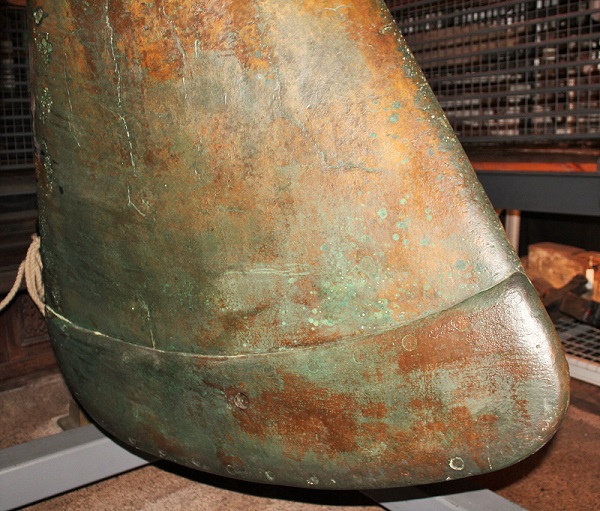 This entry refers to the 4th ship to be named HMS Rattler. She was launched at Sheerness on 12 April 1843.

Rattler was built as a screw steamer (albeit based on the hull lines of a paddle warship, to allow comparative trials of paddles vs. screws). The screw was intended as an auxiliary to sail.

Steam was first raised on 24 October 1843, and the vessel was used for extensive trials with a variety of propellers until October 1844. Isambard Kingdom Brunel, with his ingenuity, scientific approach, thoroughness, and forceful nature, was the driving force in the trials, which were done in close co-operation with Francis Pettit Smith, Maudslay, Sons and Field, and the Admiralty.

As an example of Brunel's input, he persuaded the Admiralty not to use toothed gears for the trials, but to use a rope or strap drive which could be altered relatively easily to allow for trials with different reduction ratios.

32 trials were undertaken. It was in the Admiralty's and Brunel's mutual interest to optimise the design of screw and its integration with propulsion machinery and hull and rudder details. At the time, Brunel was designing the iron-hulled screw-driven SS Great Britain.

After entering naval service, Rattler undertook a number of comparative trials with the paddle steamer HMS Alecto. These included comparison of speed and indicated horse power under steam and under sail alone, in a variety of sea and wind conditions. Other parameters tested included the relative turning circle under steam. The most publicised trial was a tug-of-war between the two ships, with Rattler winning that challenge. The results of the comparative trials were by no means as clear-cut as is often claimed, especially as Rattler's engine was more powerful than Alecto's, but it seems certain that the Board of the Admiralty had already decided in favour of screw propulsion.[1]

Although the trials clearly showed that the future lay with screws, they highlighted shortcomings with Rattler's wooden hull design when used with screw propulsion. She was an 'uneasy' ship in heavy weather, and was modified in April 1845 by fitting bilge-pieces to reduce rolling.

Throughout her naval career, Rattler continued provided a useful test bed for addressing problems which came to light with the new propulsion system. For instance, in 1849, tests were carried out with shaft bearings made of white metal (see below).

HMS Rattler spent several years on anti-slavery patrols off West Africa, and a useful attribute came to light: she was able to pursue slavers attempting to escape against an unfavourable wind, by quickly reconnecting her screw and proceeding under steam.

Rattler subsequently saw action in the Second Burma War, undertook anti-piracy actions in the Far East, and carried out a wide range of naval duties. Returning to Britain in 1856, she was scrapped at Woolwich.

Except where indicated, the above information is drawn from the excellent 'Brunel's Ships', which provides a rigorous account of HMS Rattler's trials and her subsequent career.[2]

Note: Some sources describe Rattler as the first warship built for screw propulsion, while others nominate USS Princeton. Rattler was launched in April 1843, and had her first proving run on 30 October 1843. She was used for extensive propeller trials, and was not commissioned as a naval vessel until 1845. Princeton was launched later than Rattler, in September 1843, but was commissioned very shortly thereafter.

HMS Rattler experienced problems with engine, gears and propeller shaft bearings. The problems of overheating and high consumption of tallow were addressed by Joseph Woods with 'Babbitt's patent soft metal bearings'. Screw propulsion introduced a new problem to marine engineers - the need to accommodate a large thrust force on the propeller shaft.[3]