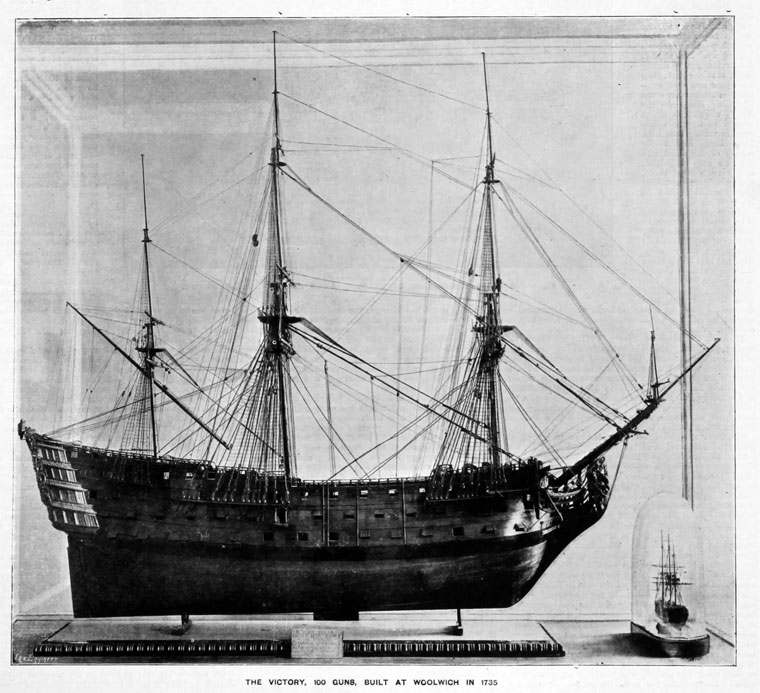 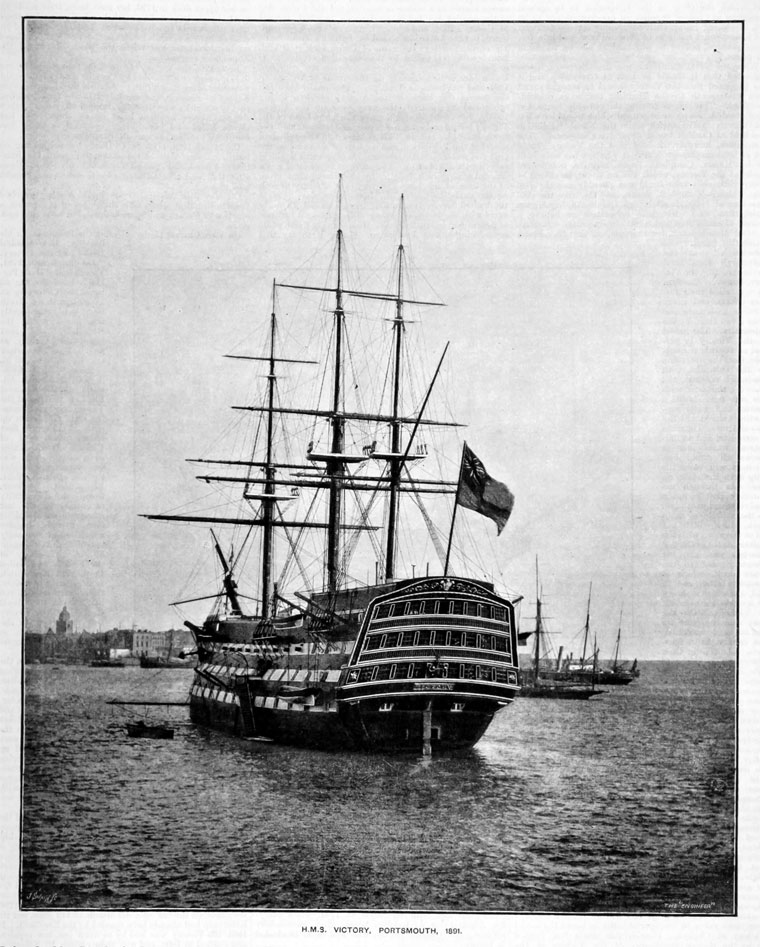 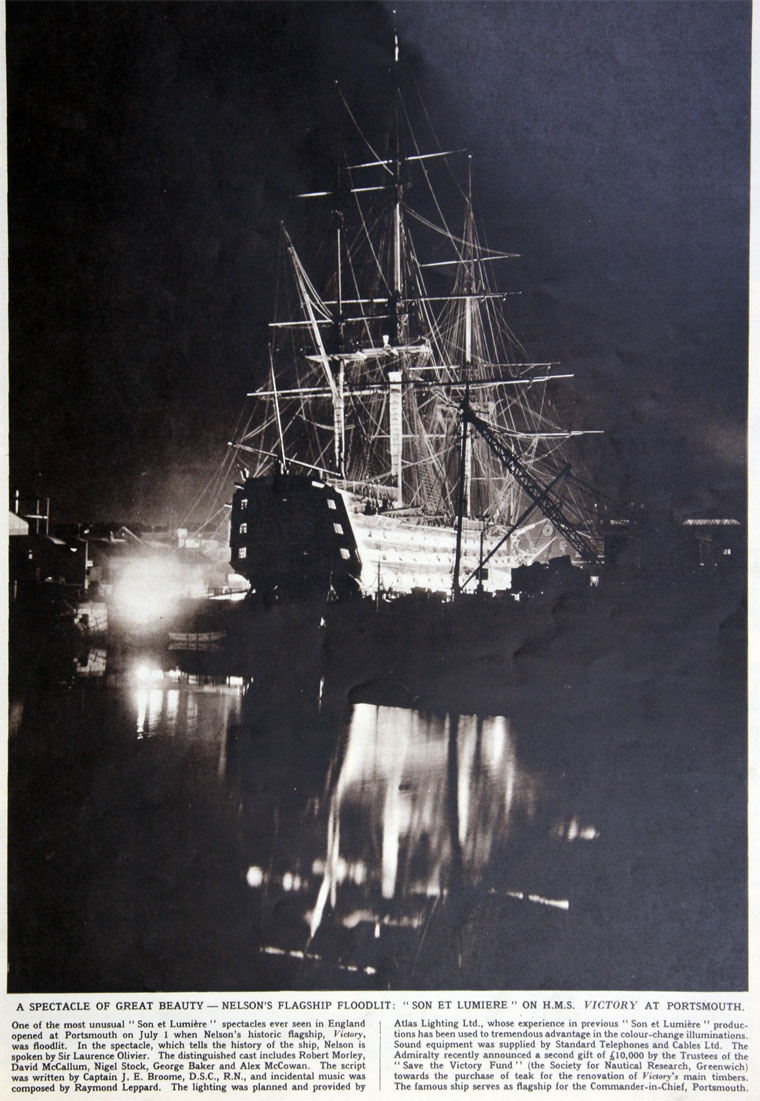 The first HMS Victory, of 110 guns, was lost with all hands in 1744, when carrying Admiral Sir J. Balchen home, after successfully relieving Sir Charles Hardy, who had been blockaded in Lisbon.

The existing HMS Victory, the second ship to bear that name, is a 104-gun first-rate ship of the line of the Royal Navy, laid down in 1759 and launched in 1765. She is most famous as Lord Nelson's flagship at the Battle of Trafalgar in 1805.

In 1922 she was moved to a dry dock at Portsmouth, England, and preserved as a museum ship. She continues to be flagship of the Second Sea Lord and is the oldest naval ship still in commission.

Write up within The Engineer of HMS Victory's history and construction.