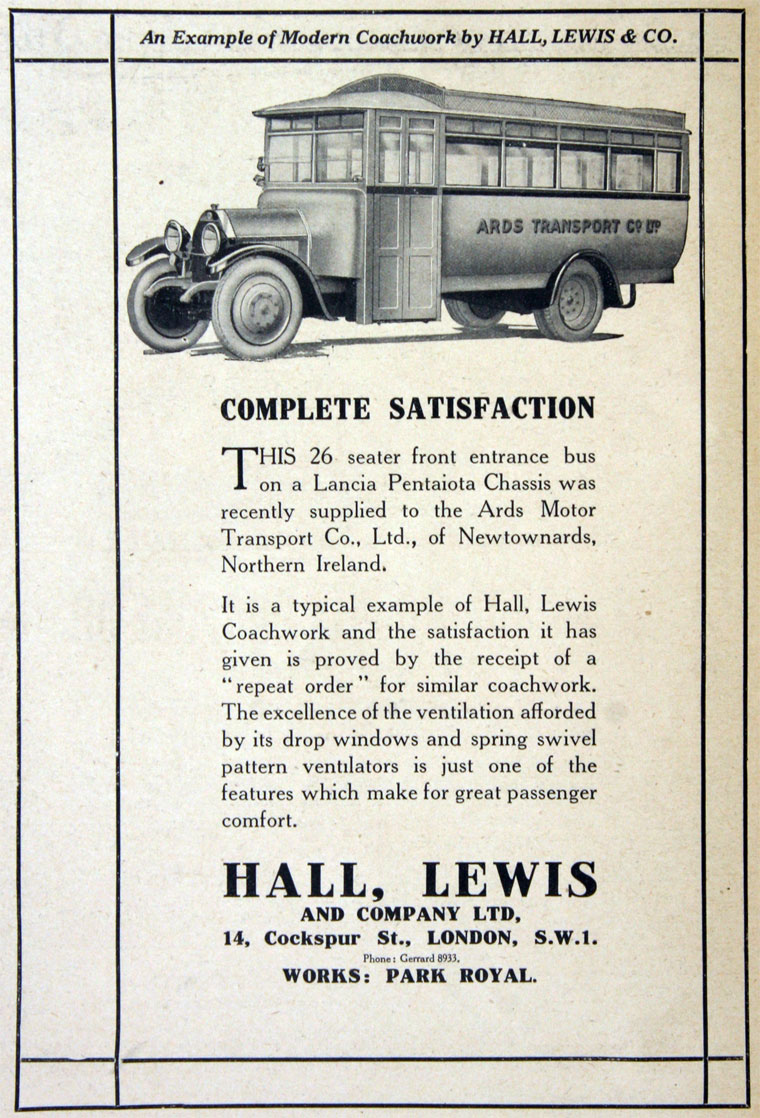 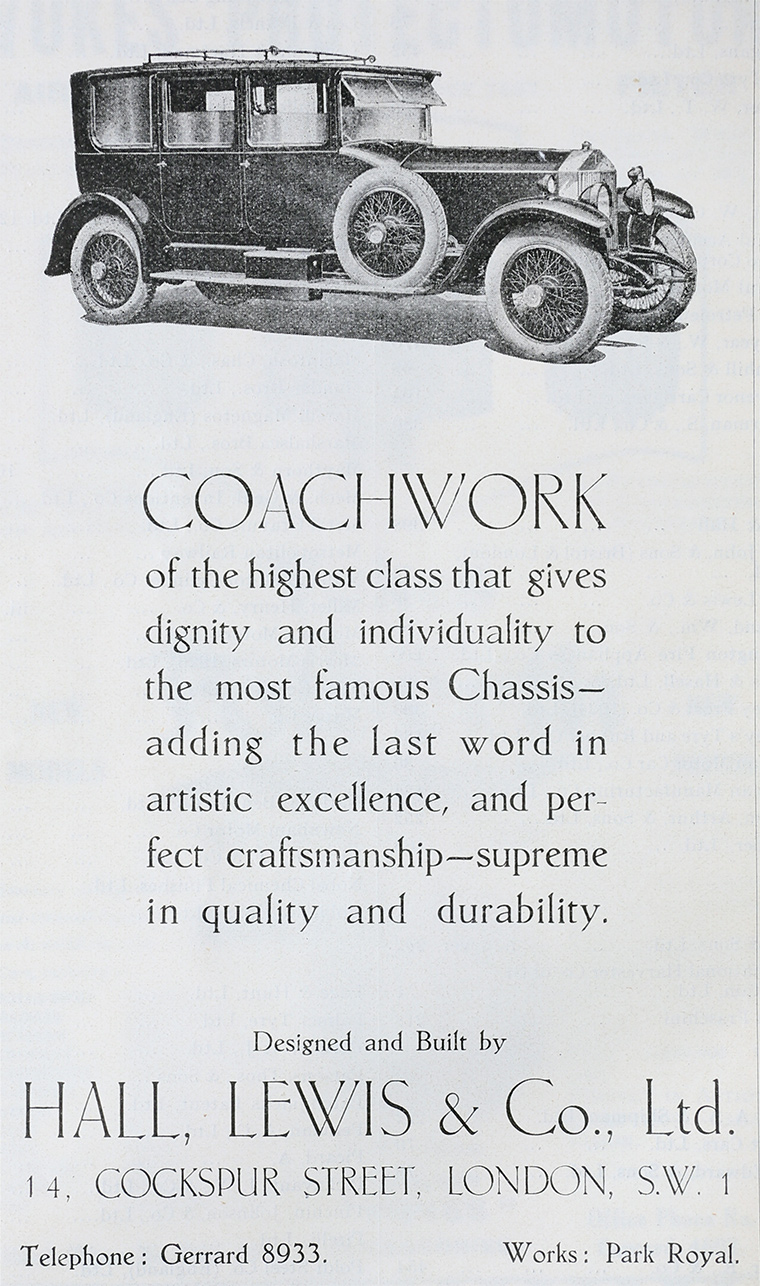 Showrooms in London and coachworks at Park Royal

1925 Public company of Hall, Lewis and Co was formed to acquire the business of the same name.

1926 Most of the capital expenditure had been at Crown Wagon and Engineering Works, at Maindy, Cardiff, and also extending the works at Doncaster[1]

1931 A scheme of arrangement was proposed where the note-holders took over the wagon business; the Central Wagon Co would be converted to a public company in order to handle the distribution of payments to note-holders.[3]