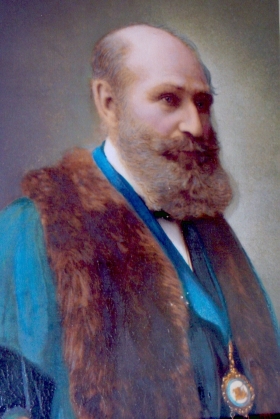 1824 Born in High Street, Thornbury. His father was a carpenter named Jesse Cossham.

1851 Began the Parkfield Colliery in Pucklechurch in partnership with his wife's family. The partnership opened several other coal pits, initially under the name of Cossham and Wethered Ltd.

1867 Business continued as the Kingswood Coal and Iron Company Ltd.

1879 Kingswood and Parkfield Colliery Company Ltd formed to continue the business as a partnership between Handel Cossham and Charles S. Wills.

1900 His collieries were sold at auction for £61,000 and the proceeds were used to fund the building of Cossham Memorial Hospital in Kingswood, Bristol.