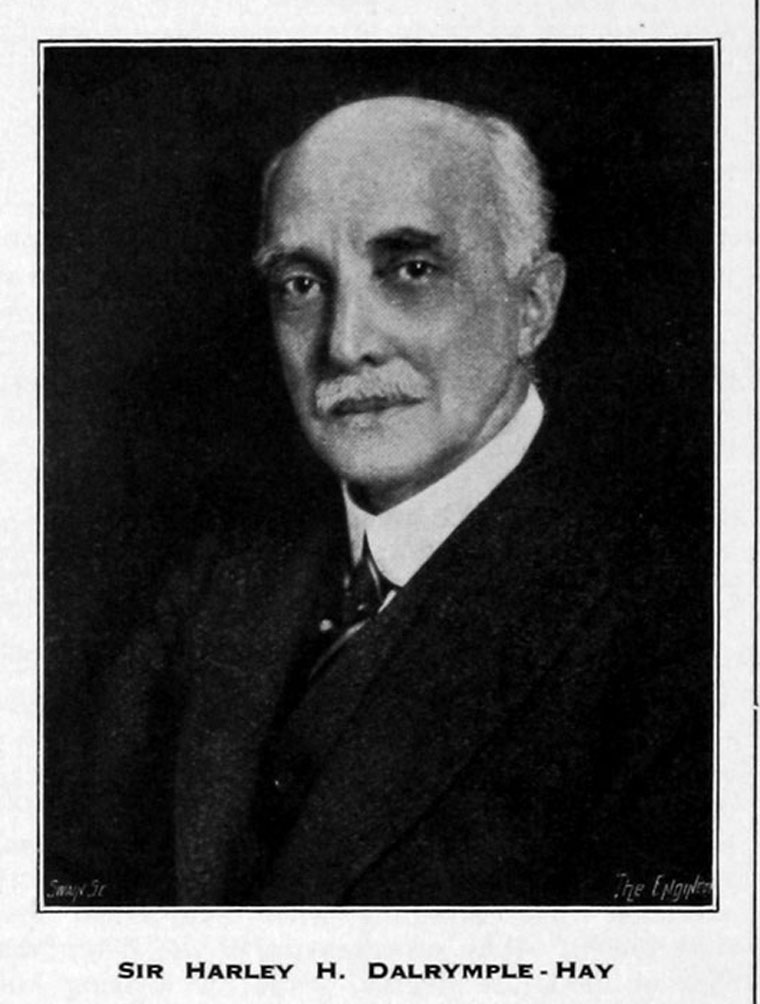 "...of Sir Harley Hugh Dalrymple-Hay, who had since 1907 been in practice in London as a consulting engineer and who had for the greater part of his engineering life been particularly concerned with the design and construction of tube railways.

Sir Harley was born in 1861. He received his education from a private school in Edinburgh and at the hands of Army tutors. Turning away from the Army, however, he began his true engineering education by becoming a pupil on the South Wales lines of the Midland Railway. Later he became an assistant in the divisional office at Brecon and subsequently joined the engineering staff of the London and South Western Railway..."[More].