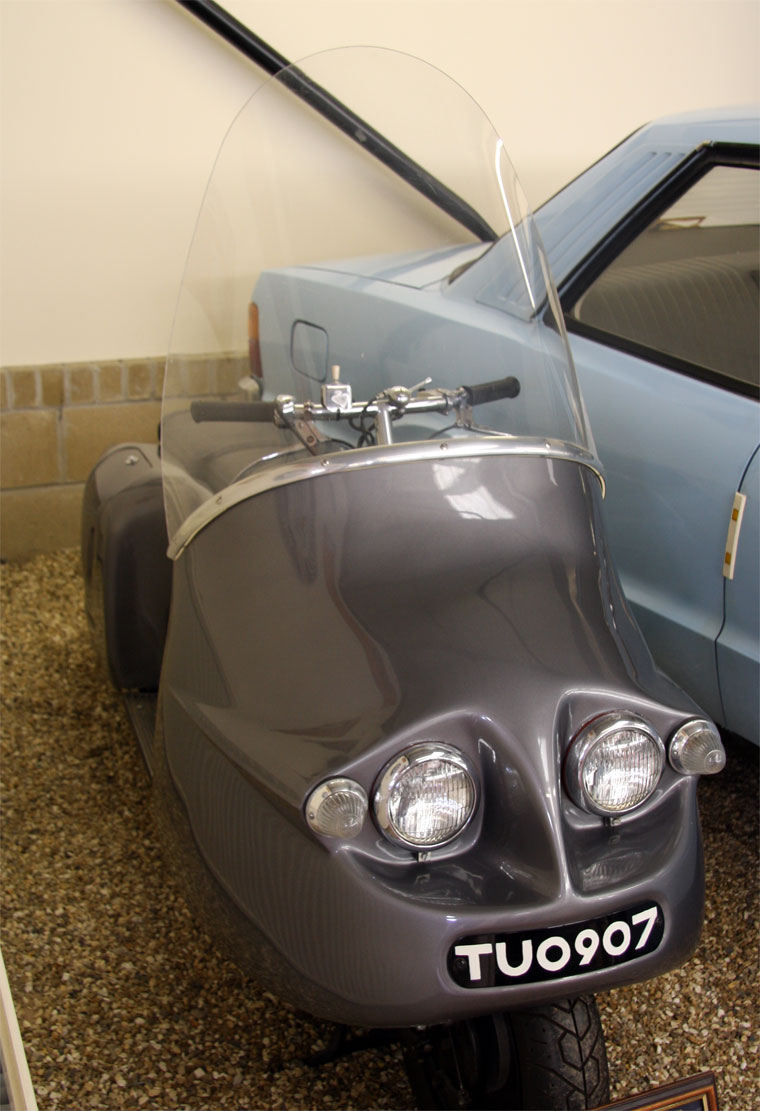 A prototype was built with the intention of fitting a 122cc or 197cc Villiers three-speed engine with fan cooling and a starting motor. The glass-fibre body had a full fairing that carried twin headlights. Although development work continued for a couple of years, few machines were ever built.