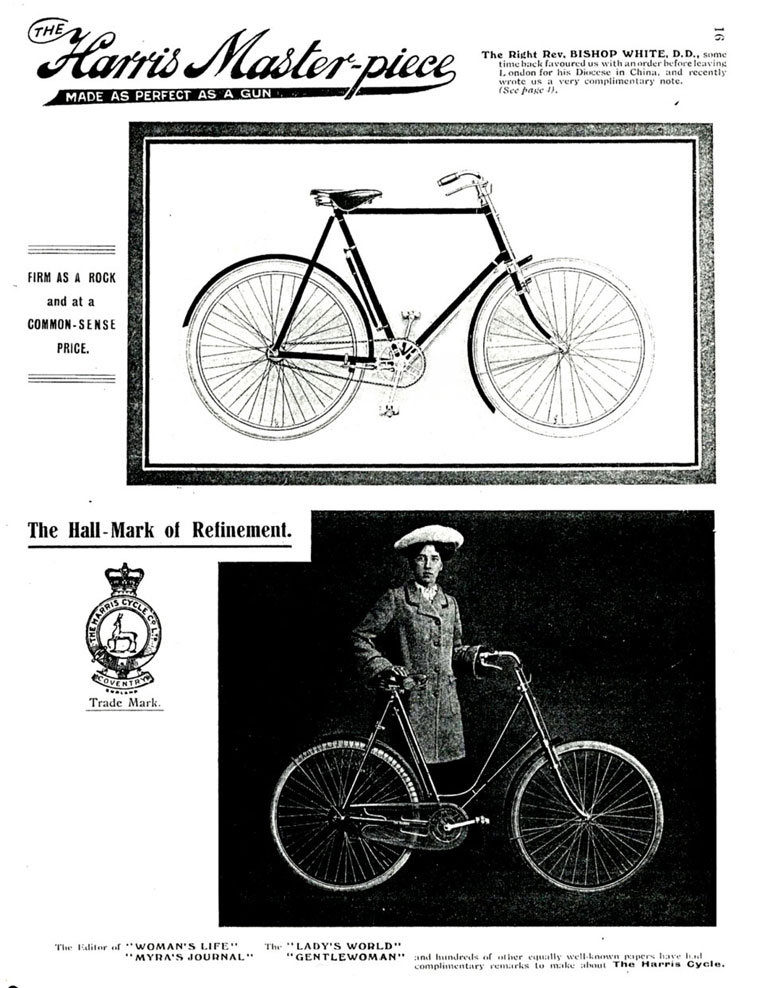 Walter Tatlow was the owner and William H. Harris was the managing director and the company was known briefly as Harris and Tatlow. Possibly Joseph Henry Harris was involved but this needs confirmation.

1901 February. Description of a Harris cycle with patent bottom bracket.[4]

1902 September. Assault charge. 'Frederick Boazman, The Jetty, Broad Street, was summoned by Augustus Magson, of 10, Stoney Stanton Road, for assaulting him. Defendant pleaded guilty. Mr. Martin, appearing for complainant, stated the facts of the case. The evidence, as given by Magson, was that complainant, who is works foreman at the Harris Cycle Company, had instructions to dismiss the defendant one morning. He did so and paid him off at the same time. On returning from dinner on his bicycle, complainant was met by defendant, who knocked him off his machine and broke a valuable meerchaum pipe he was smoking. Defendant expressed his sorrow. He was fined 5s. and costs, or 14 days' in default.'[9]

1910-11 Coventry was a motorcycle produced and was first seen in late 1910 and was typical of the period. It had a 3.5 hp engine, belt drive and sprung forks.

1917 January. Coventry Military Tribunal. Harris Cycle Co appeal for release from military service for W. M. Payne, age 41. It was stated that there were only three men of military age left in the works.[17]