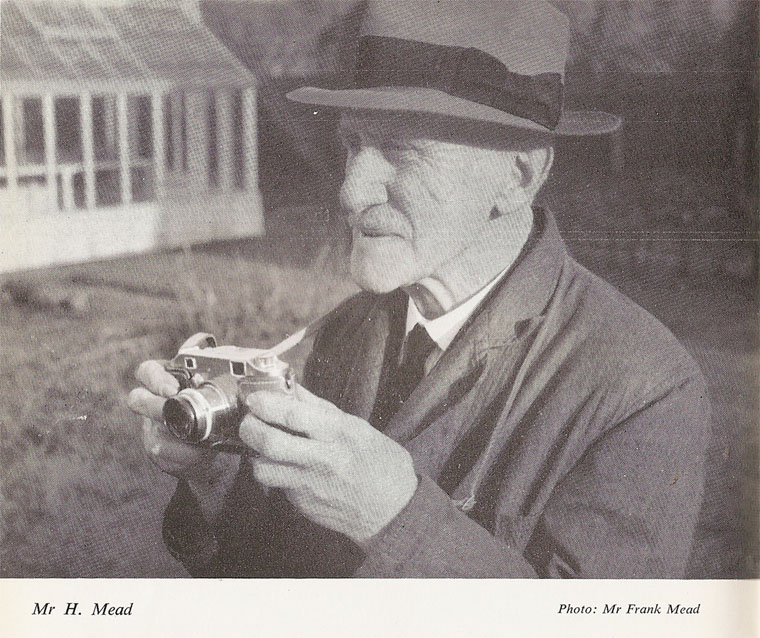 "...He joined the Underfeed Stoker Company Limited in 1903 when, as he recalls, the Wright Brothers were making their first tentative flights in power-driven, heavier-than-air machines. The Company had a works at Slough, Bucks., although they transferred shortly afterwards to Newark-on-Trent, where many members of the past and present Divisional Staff were recruited.

...Thus equipped, Mr Mead joined the Underfeed Stoker Company Ltd. as a draughtsman-designer. He was responsible for the translation of basic theories and designs into practical workshop production right through the years until the Company’s association with I.C.L., firstly as a measure of manufacturing policy, and, subsequently, as a more fully integrated organisation. The precision of approach to all practical engineering problems acquired during Mr Mead’s early training has left its mark in many Underfeed Stoker products, many of which have not altered substantially in half-a-century except as dictated by more advanced manufacturing techniques.

Mr Mead’s flair for mastering fundamentals and applying them precisely and patiently to an analysis of whatever problem confronts him, has been directed during latter years to specialised subjects, on which he has been able to concentrate, unhampered by routine organisational duties. While Mr Mead would probably contend that his interest in many fields—photography, radio, scientific developments, diet, gardening—amounts to no more than a hobby, it would be no exaggeration to say that he approaches every subject with an instinctive determination to master the fundamentals as a basis on which to build an accurate and logical assessment.

Mr Mead retains a very lively interest in everything that catches his imagination, and vivid memories of a half-century which has seen revolutionary changes in social habits and scientific evolution. Therefore, in his retirement, he should not be disturbed by that break in mental habit which so often marks the termination of an active career."