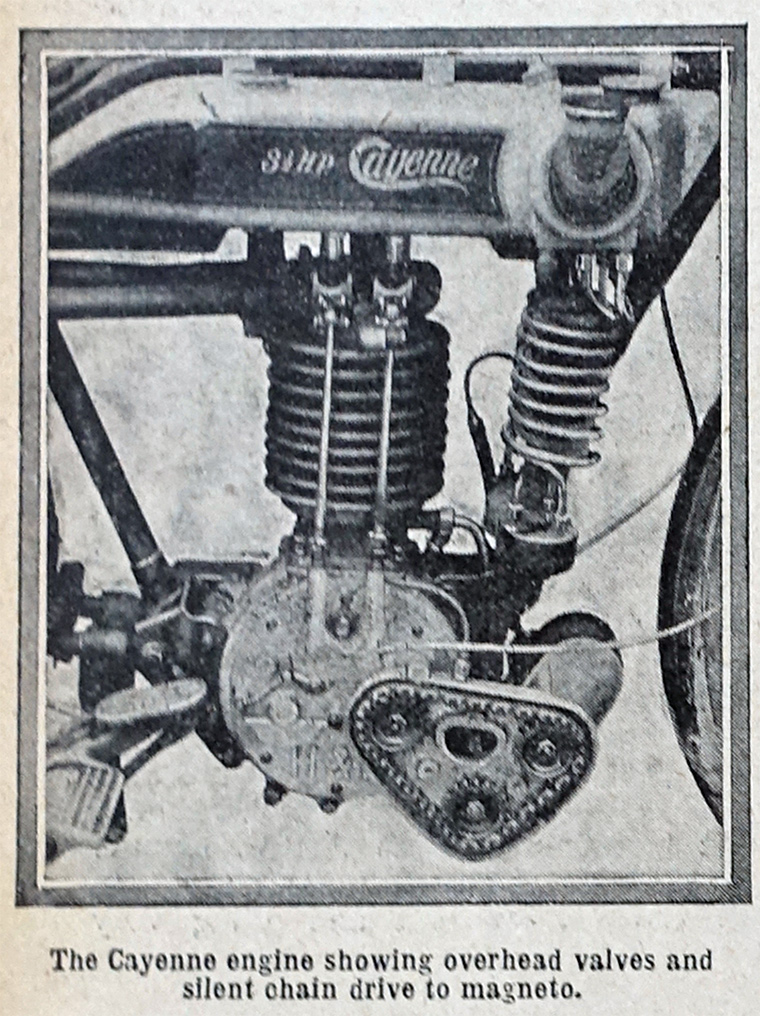 1913 Cayenne was a motorcycle produced in 1913. In 1913 two Cayenne machines were entered in the TT. They both had 499cc 3.5hp engines, but one failed to start and the other retired on the first lap. They had water-cooled engines with ohv and the rockers were set across the cylinder head to run from the push rods to the vertical valves, mounted in a detachable manifold. Twin exhausts faced the rear. The cylinder jacket was corrugated and a similarly formed radiator was mounted ahead of it. The forward magneto was driven by a silent chain.