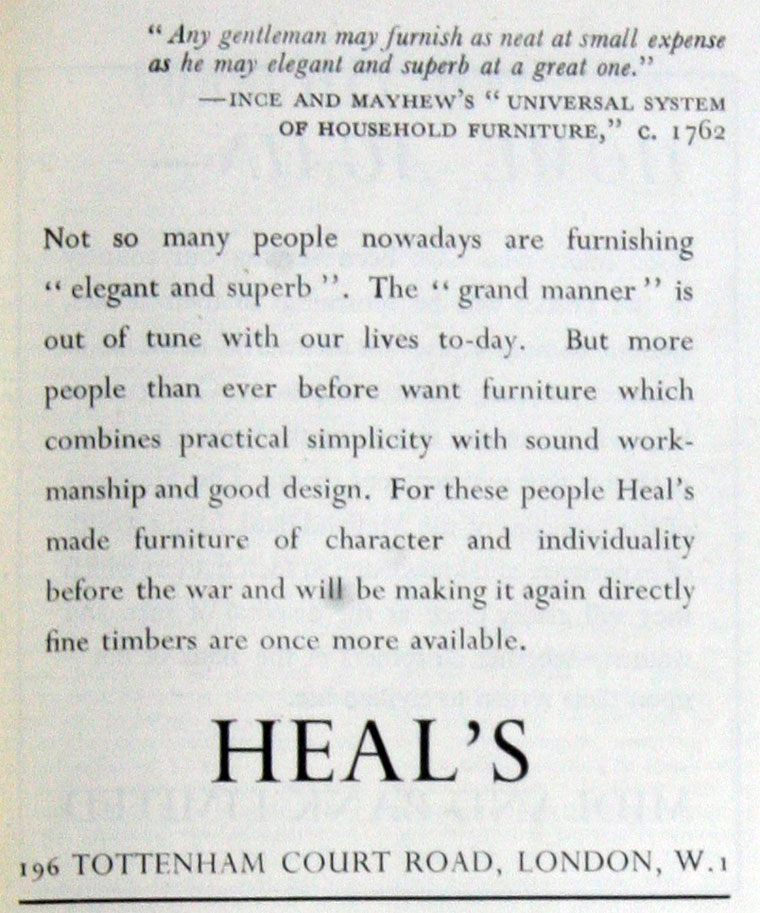 1810 Heal’s was established as a family business by John Harris Heal. The business has had, since its foundation, a distinctive character and reputation for innovation.

1840 The company was taken over by John Harris Heal junior, after the death of his father in 1833. During this time he improved the bed designs developing the Heal’s bed as a household name. He also pioneered the use of advertising, placing adverts in seven of Charles Dickens novels. The business during this time took a step from manufacturing just beds to a whole range of bedroom furniture including; wardrobes, chest of drawers and wash stands. Heal’s began operating on Tottenham Court Road.

1854 Its first purpose-built store was completed and was then one of the largest in London.

1898 The first catalogue of his furniture was published, founding the Heal Style. He had a great contribution both to the business, and to British furniture making in general.

1917 The central part of the present building was commissioned by Ambrose Heal and designed by his cousin and best friend Cecil Brewer. It was completed in 1917 and was immediately hailed as a landmark in shop architecture.

1972 A second store opened in Guildford.

1984 Heal’s was bought by Terence Conran under the Storehouse group umbrella.

Storehouse largely had a chain store mentality that did not sit comfortably with the Heal’s brand. Due to the recession in the late 1980s the Company was the subject of a management buyout in 1990.

Heal's now have several stores throughout the UK, although their main branch in still in Tottenham Court Road. The company has its own website: [1]