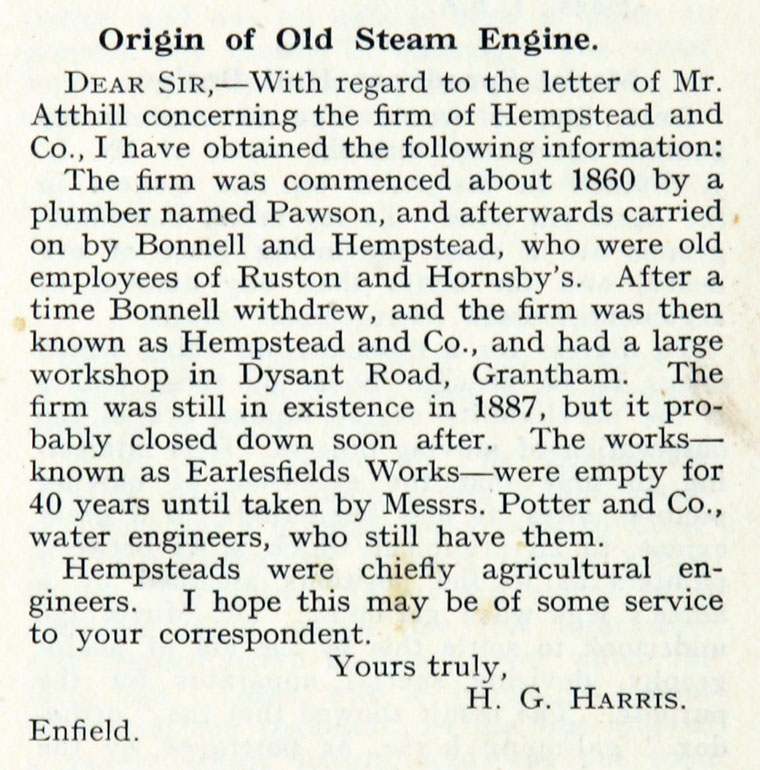 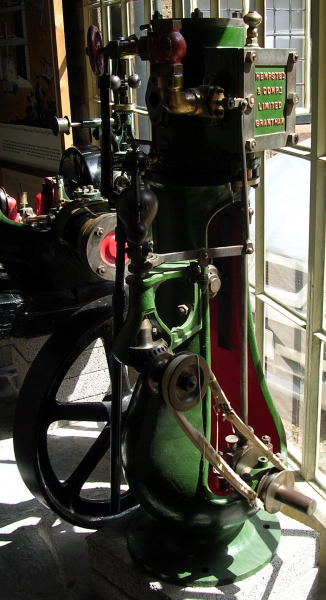 "The firm was commenced about 1860 by a plumber named Pawson, and afterwards carried on by Bonnell and Hempstead, who were old employees of Ruston and Hornby's. After a time Bonnell withdrew, and the firm was then known as Hempstead and Co and had a large range workshop in Dysant Road, Grantham. The firm was still in existence in 1887, but it probably closed down soon after. The works - known as Earlesfields Works - were empty for 40 years until taken by Messrs. Potter and Co., water engineers, who still have them.." [1]

1876 Exhibitor at the Royal Agricultural Show at Birmingham with a vertical engine.[2]

1885 It had become the Grantham Crank and Iron Co