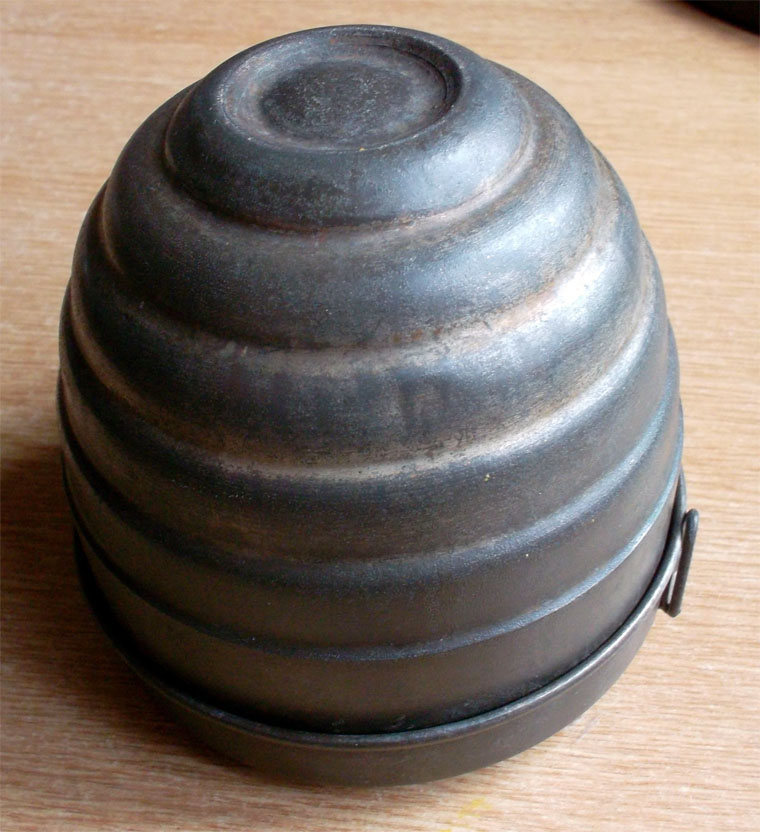 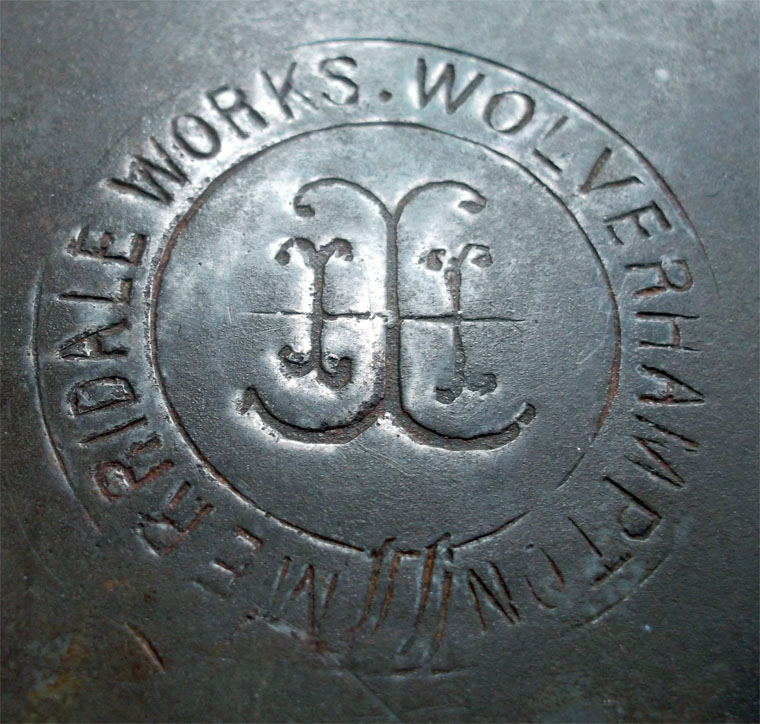 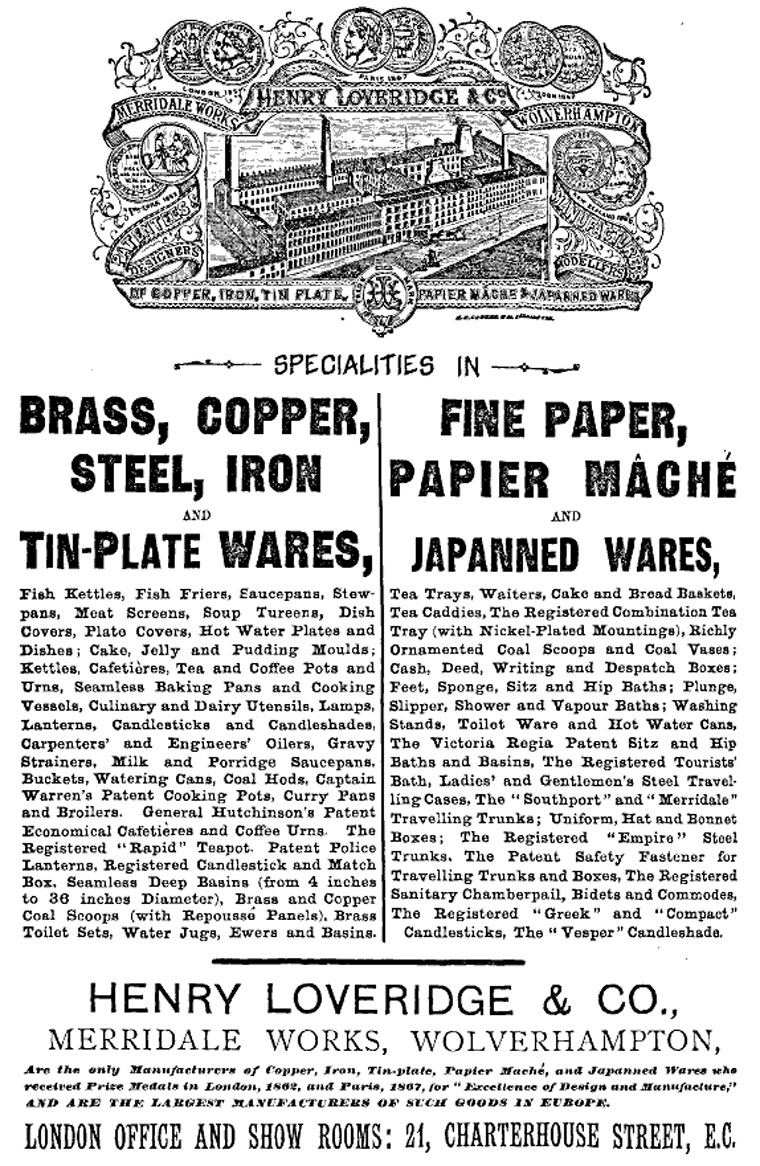 1840 Charles Mander, having decided to concentrate on varnish making, sold his japanning business to William Shoolbred on the condition that it be removed from Mander's premises in John Street: Mander needed the room to expand the varnish business.

1855 A catalogue of 1855 [1] was issued in the name of Loveridge and Shoolbred. The catalogue included an extensive range of tinplate goods as well as japanware.

1860 Shoolbred sold the business to Loveridge

By the third quarter of the 19th century Loveridge's was one of the biggest firms of japanners in the country. It made both tin and paper japanwares but was said to have concentrated on articles of utility rather than ornament, though it was well represented in the latter field by the artist Richard Stubbs.

1903 It became a joint stock company.

Later went in for brass and copperware.

By 1920 their products were advertised in the order of: brass, copper, iron and japanned wares.