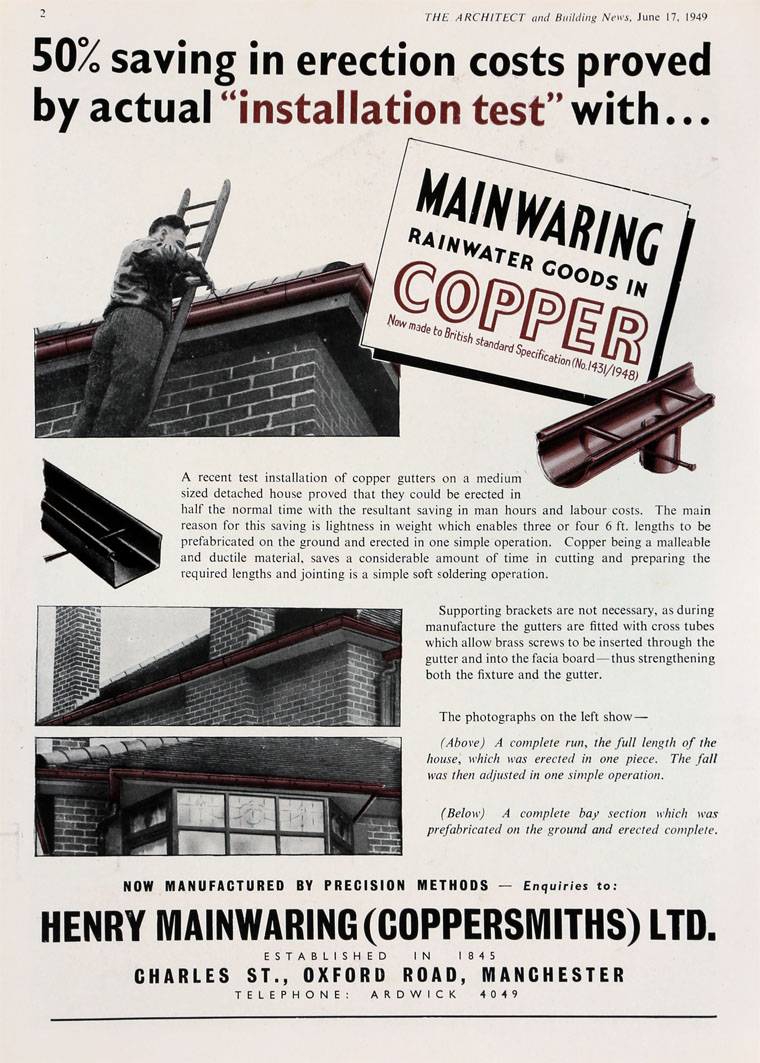 Goad's Insurance Plans for Manchester (Map 52, dated 1893) show a complex cluster of industrial buildings behind small shops and offices on Oxford Street, where the railway viaduct crosses both Oxford Street and the winding River Medlock. On the west side of the river was C. Greaves' Eagle Soap Works, while between the eastern river bank and Charles Street stood a mixture of industrial premises and back-to-back houses (on Mouncey Street, Medlock Street and York Street). A number of rooms in this jumble of industrial buildings are interconnected and identified as brass & copper foundries, engineer and smithy, pattern shop, coppersmith and office. The railway arches themselves provided much of the foundry accommodation. Slater’s Directory of Manchester & Salford for 1895 identifies the Mouncey Street address as belonging to Henry Mainwaring, Brass Founder. His home address was 10 Woodbine Street, Moss Side.