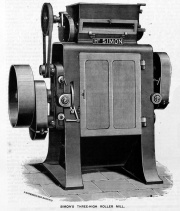 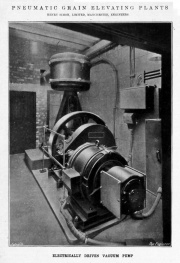 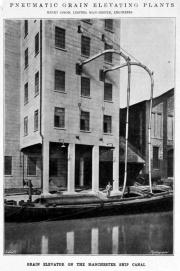 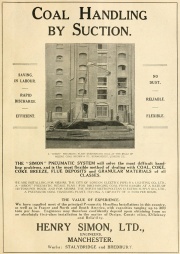 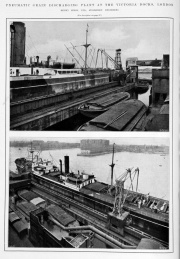 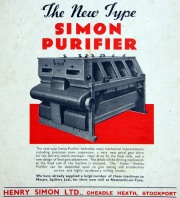 Henry Gustav Simon, an accomplished engineer and mechanical genius, became aware at an early age that the old processes of milling flour using millstones had many disadvantages and that the roller milling system offered many possibilities.

1878 Prior to that, all milling of cereals was accomplished on millstones but, in that year, Henry Simon introduced the first roller milling plant to his process design. In 1878 he founded his business and built the first such plant in England based on the 'Gradual Reduction' milling system, in Manchester.

1892 The benefits to be gained by this new process gained rapid acclaim within the industry and by 1892 Henry Simon had over 400 mills in operation using the Simon system in the United Kingdom, Europe, Africa, India, South America, Australia and Japan.

Within the space of two decades he had revolutionised the milling of wheat by his system.

1897 Henry Simon Ltd became a private limited company. During the early years Henry Simon had his machinery manufactured to his designs in Europe.

1911 Catalogue on various types of elevators, silos and grain-handling plant.[2].

1915 Henry Simon acquired of the milling engineering business and factory of Briddon and Fowler in Bredbury, Cheshire.

1926 These factories, and the office in Mount Street, Manchester, were brought together on one site in 1926, when the new offices and factory were built at Cheadle Heath Stockport. The Institution of Mechanical Engineers visited the works at Cheadle Heath on 29th September - "The works are situated eight miles from Manchester and two miles from Stockport. They have been recently built for the purpose of producing flour and rice-milling machinery, conveying and elevating appliances. The shops, covering about four acres, include a wood-working shop, sheet metal shop, machine and fitting shop, erecting bays, painting and packing shops, all being under one roof and on one floor. There are, in addition, excellent light offices, a laboratory, a power station, a large dining-room, and an experimental bakery, and finally ample ground space for sports of various kinds".[4]

Henry Simon Ltd, and its close competitor Thomas Robinson and Son, expanded continuously for over a century, dedicating a high percentage of their production to the export of cereal milling machinery. Consequently their plant and equipment can now be found in most countries.

1998 The UK Division was formed and the business was moved, together with ESM (UK), to newly acquired premises in Bredbury. The move, coincidentally, brought the UK company back to where it manufactured flour milling machinery 85 years previously.

The historical roots of Anglo-Japanese cereal technology, transfer and co-operation, however, go back much further, Riichi Satake, founder of the group in 1896, was cognisant of many of the early oat process designs in equipment developed by Douglas and Grant in Scotland. Henry Simon introduced his roller milling system to the Japanese market in 1898 when he built a plant in Nagasaki, his first in Asia.