Grace's Guide is the leading source of historical information on industry and manufacturing in Britain. This web publication contains 137,307 pages of information and 220,476 images on early companies, their products and the people who designed and built them. 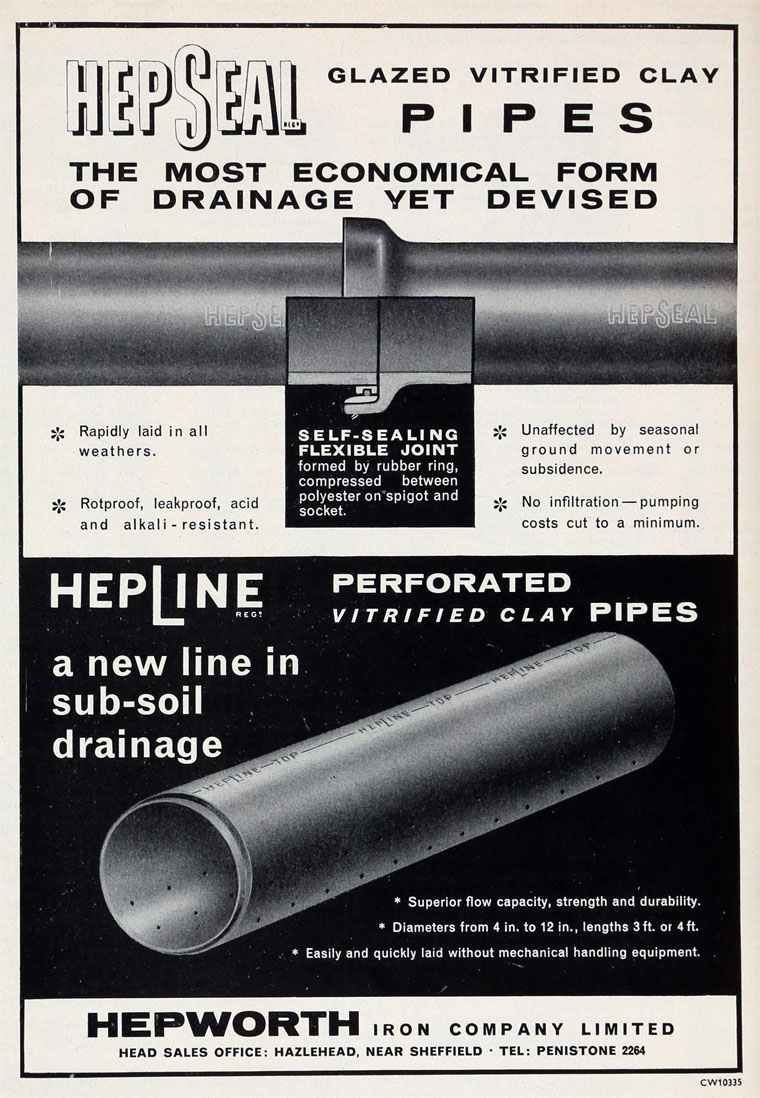 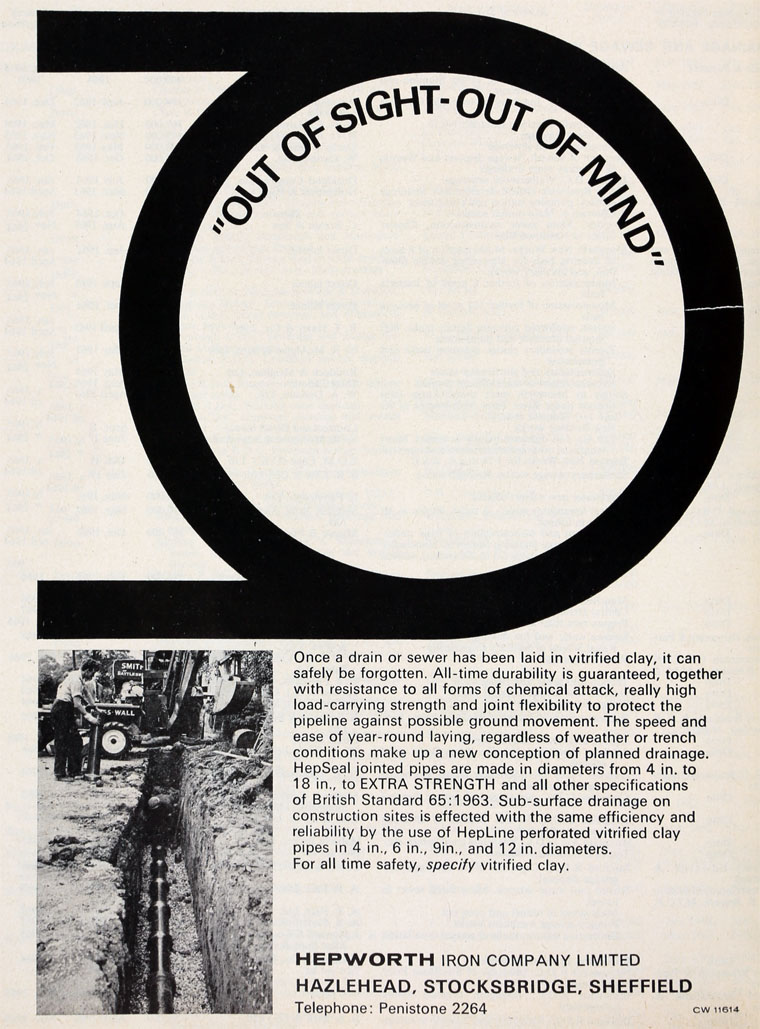 1954 Hepworth Refractories Ltd incorporated as a subsidiary to take over the manufacture of products for steel foundries.

1958 Reduction in demand for conduit from the GPO; company concentrated on sanitary pipes; acquired Gibbs and Canning

1963 Acquired North Bitchburn Fireclay[6] and 75% of John Crankshaw Co of Horwich[7]; JV formed with a Dutch company to market rigid PVC products in the UK[8]. Had invested in a new large clay piping making facility[9].

A subsidiary company - The Lochside Coal and Fireclay Company Ltd. -has acquired the whole of the issued shared capital of Loudon and Russell Ltd. of Newmains, Wishaw, Lanarkshire and also the fixed assets of the Cumbernauld Pipeworks from the Glenboig Union Fireclay Company Ltd.[12]

1966 New factories opened but there were teething problems[14]. Acquired 60 percent of Bartol Plastics[15]

1969 Acquired pipe interests from Doulton pottery group[19]. The tunnel kiln capacity had doubled due to acquisitions and internal investment[20]. Discussions with General Refractories about a merger; would create a large clay-using group from the 2 largely complementary companies. Hepworth had grown rapidly through investment in tunnel kilns and by acquiring companies which could be improved in that way, and companies with major clay assets[21].