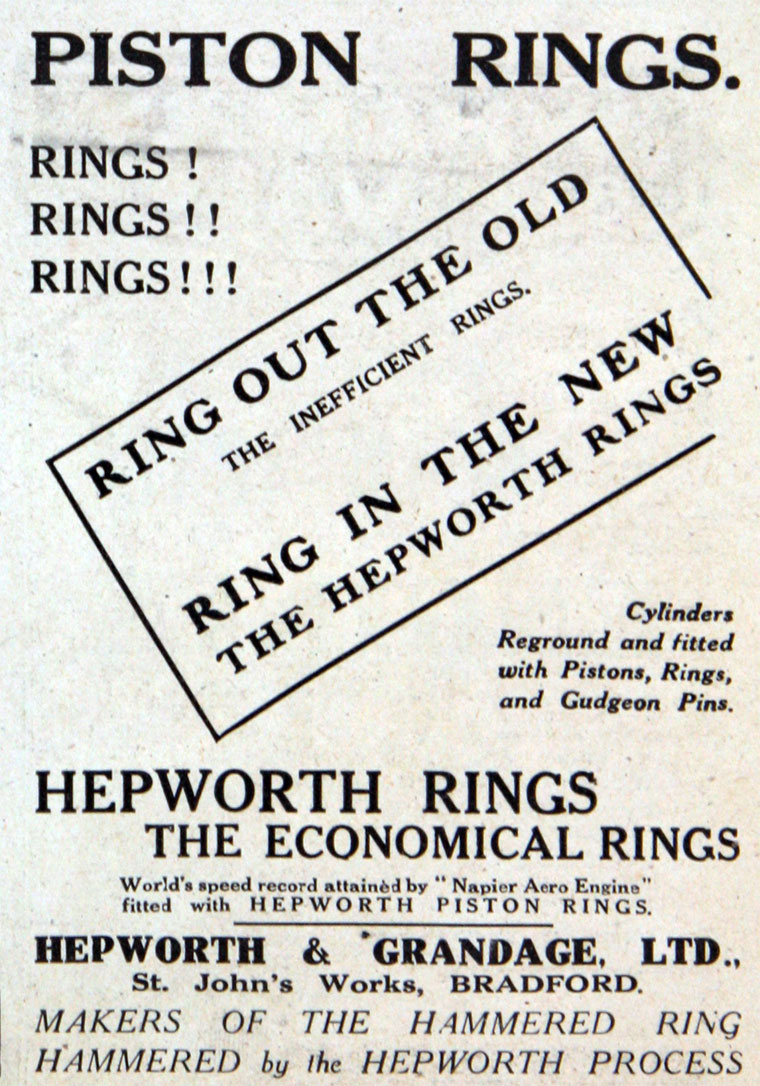 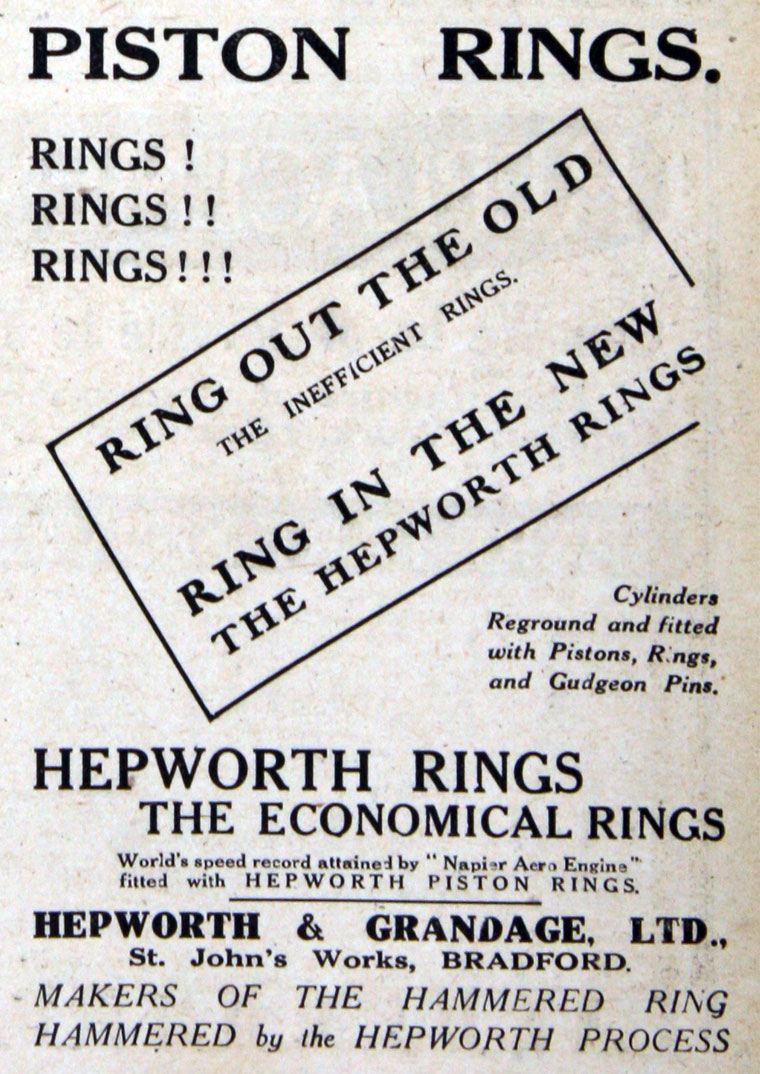 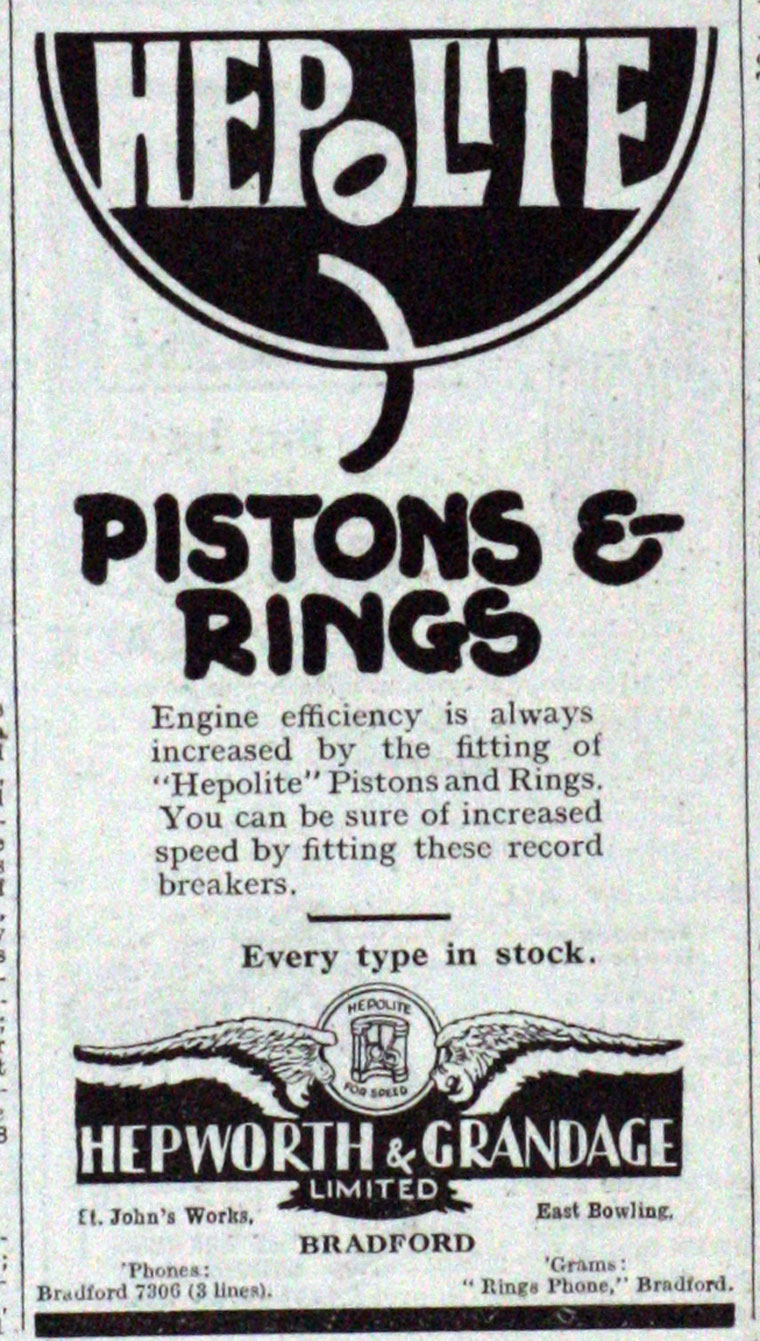 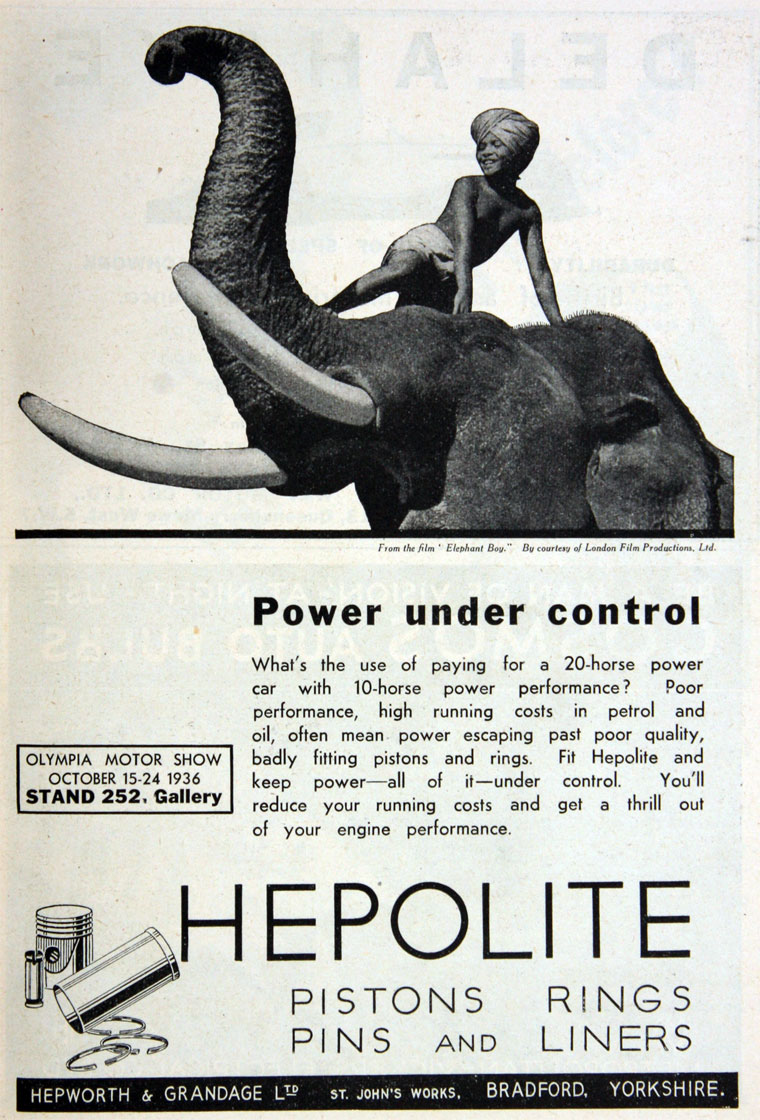 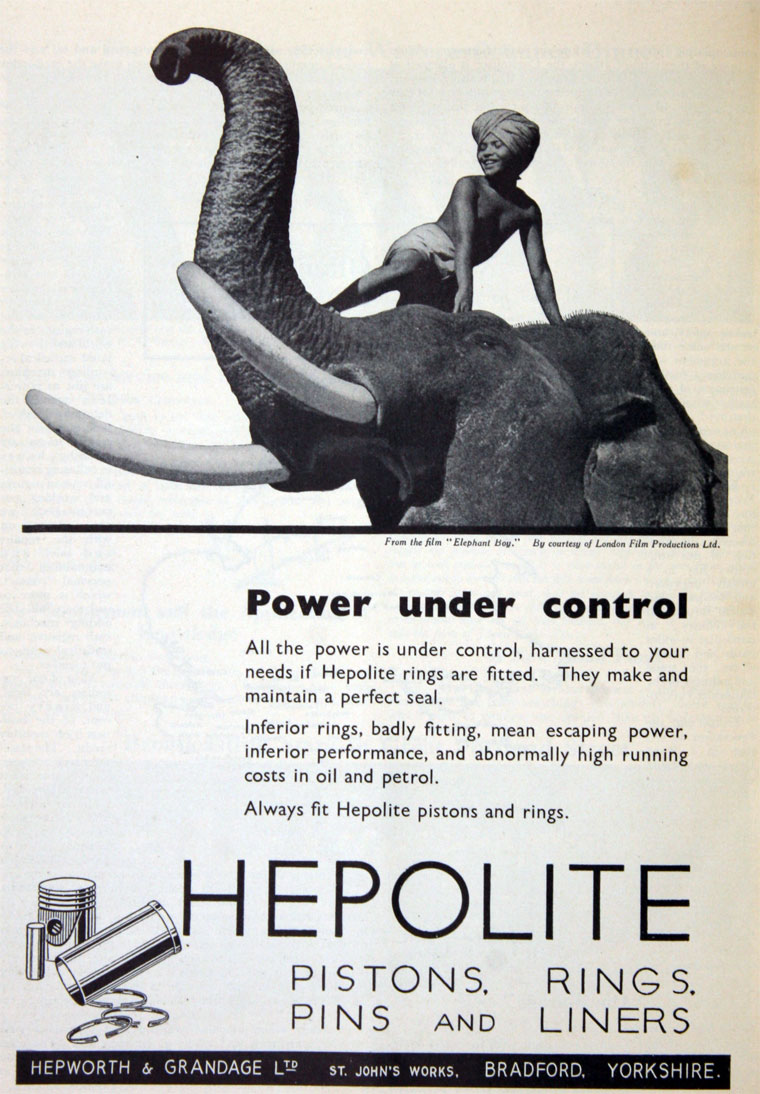 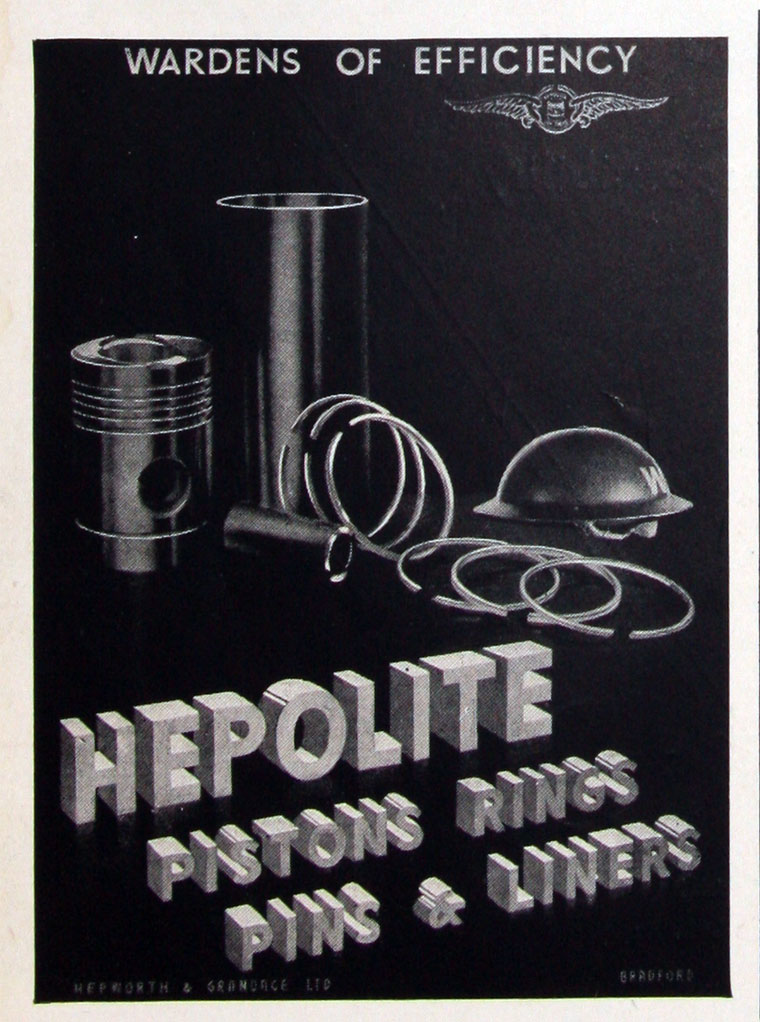 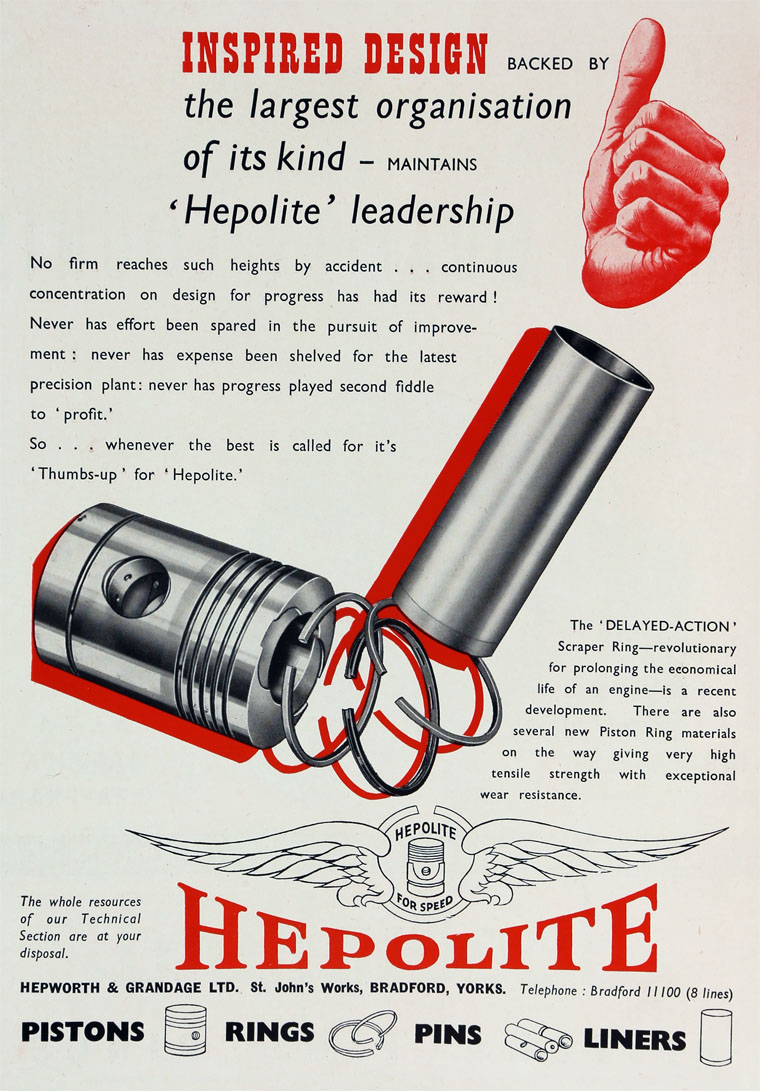 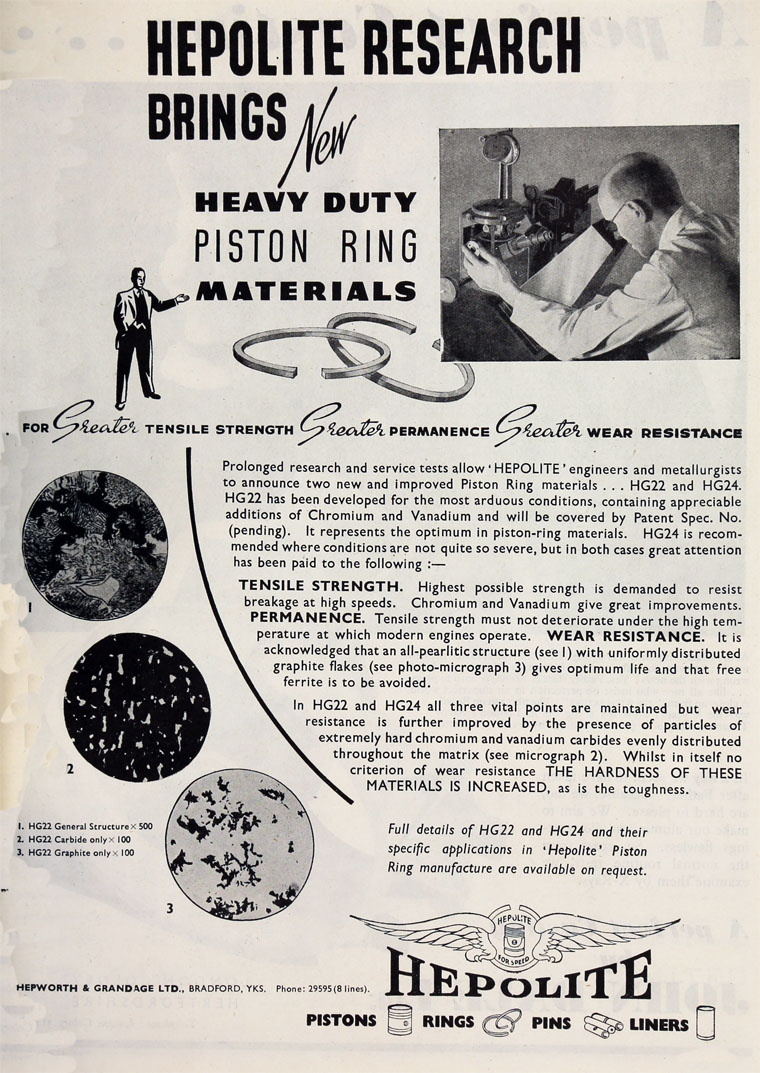 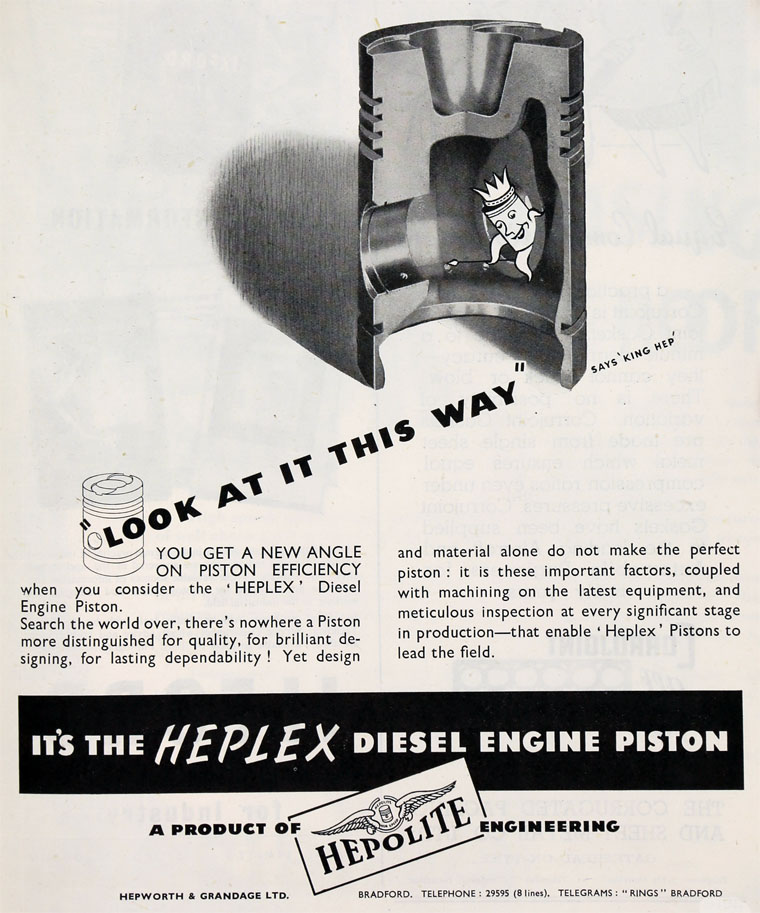 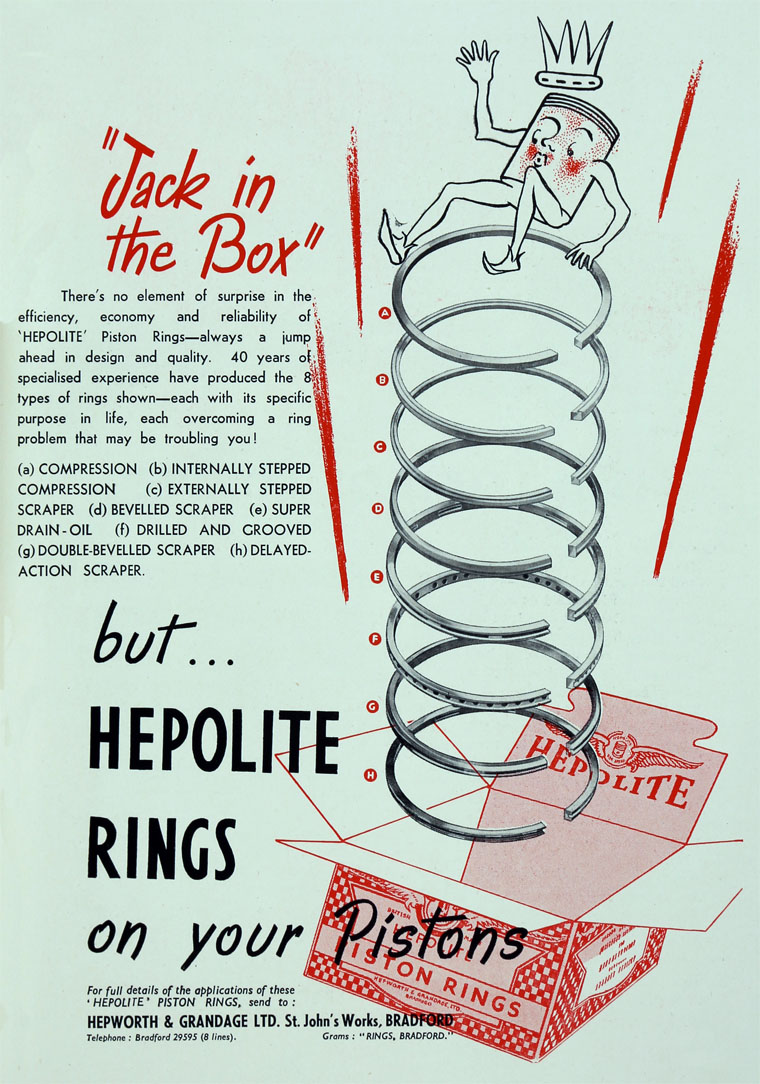 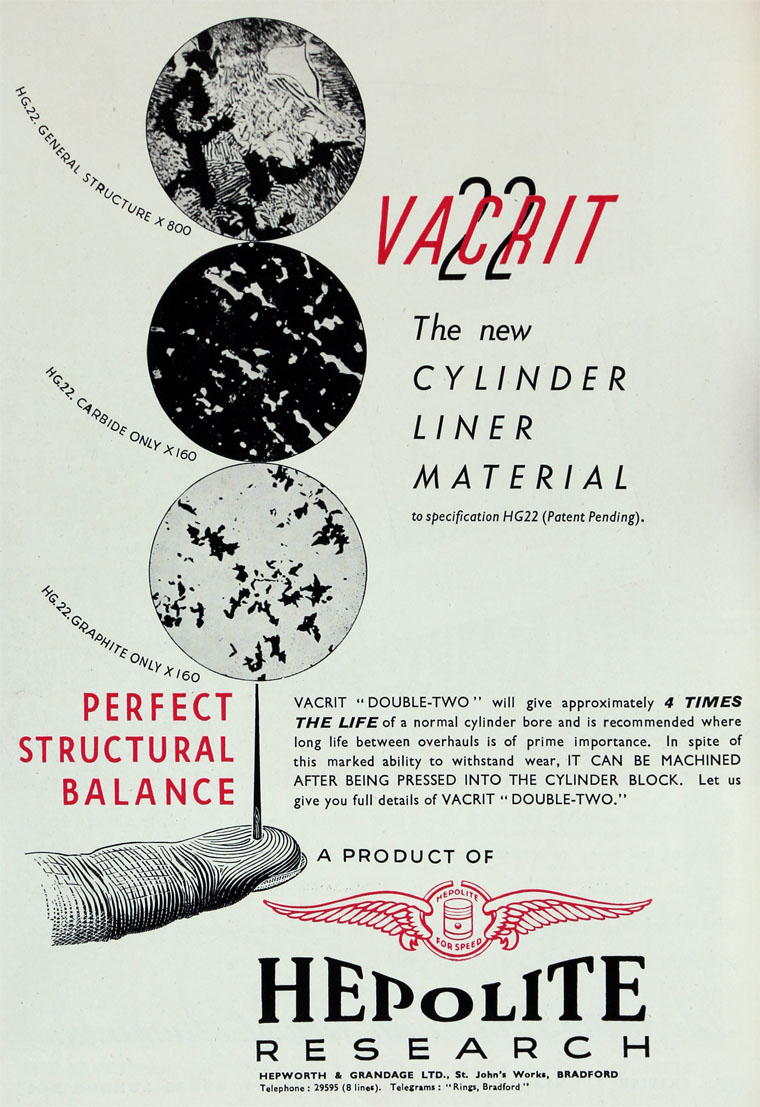 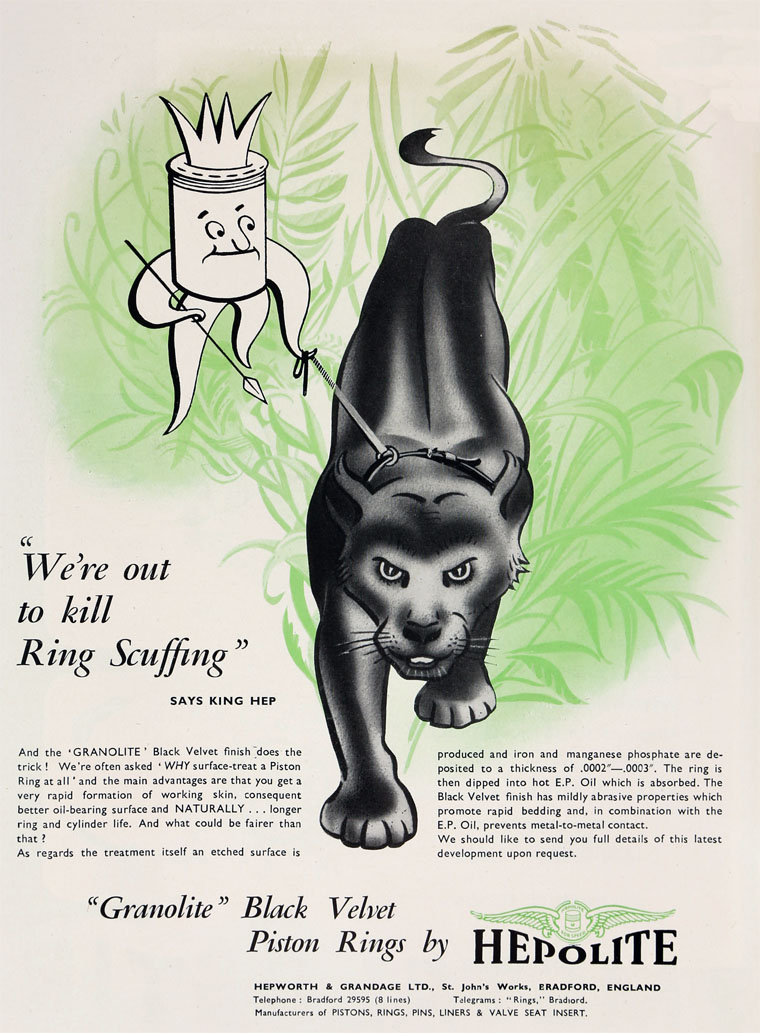 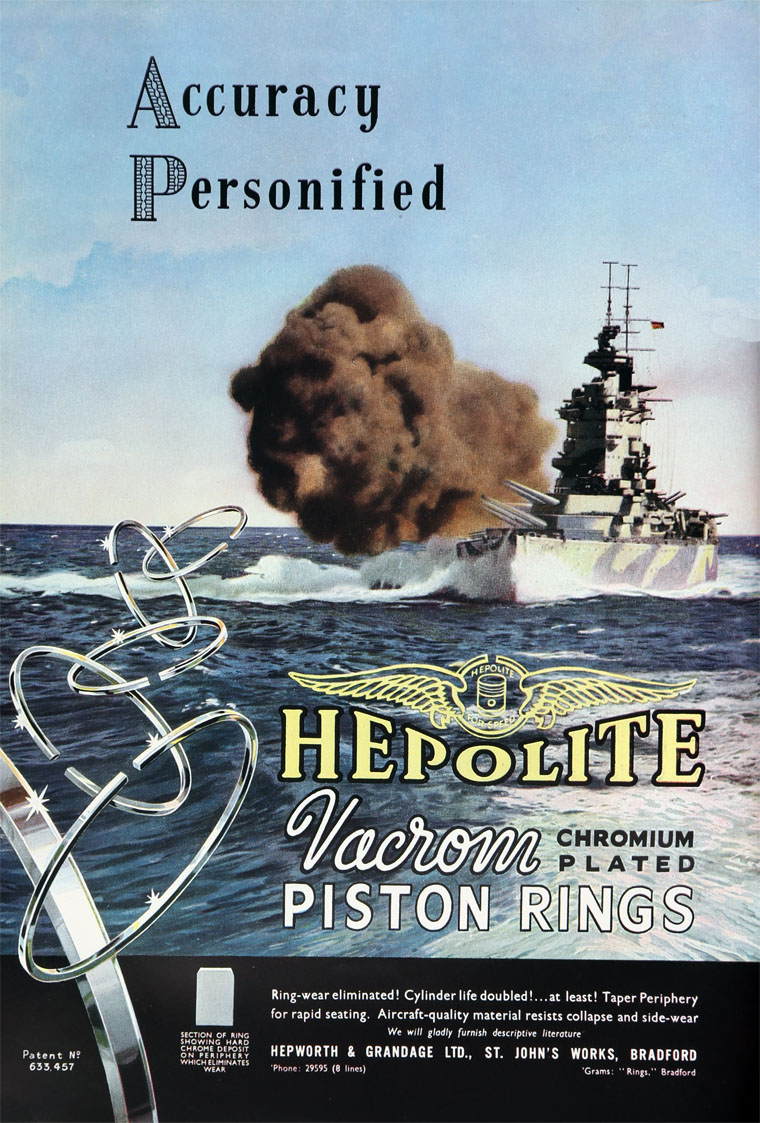 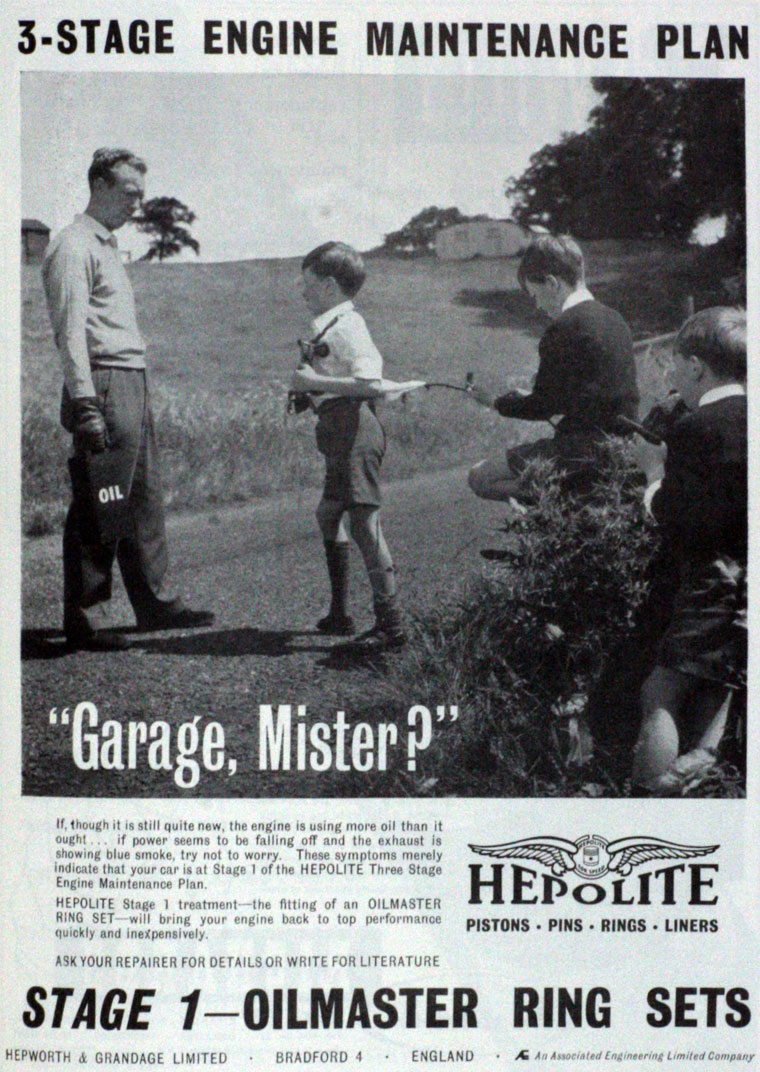 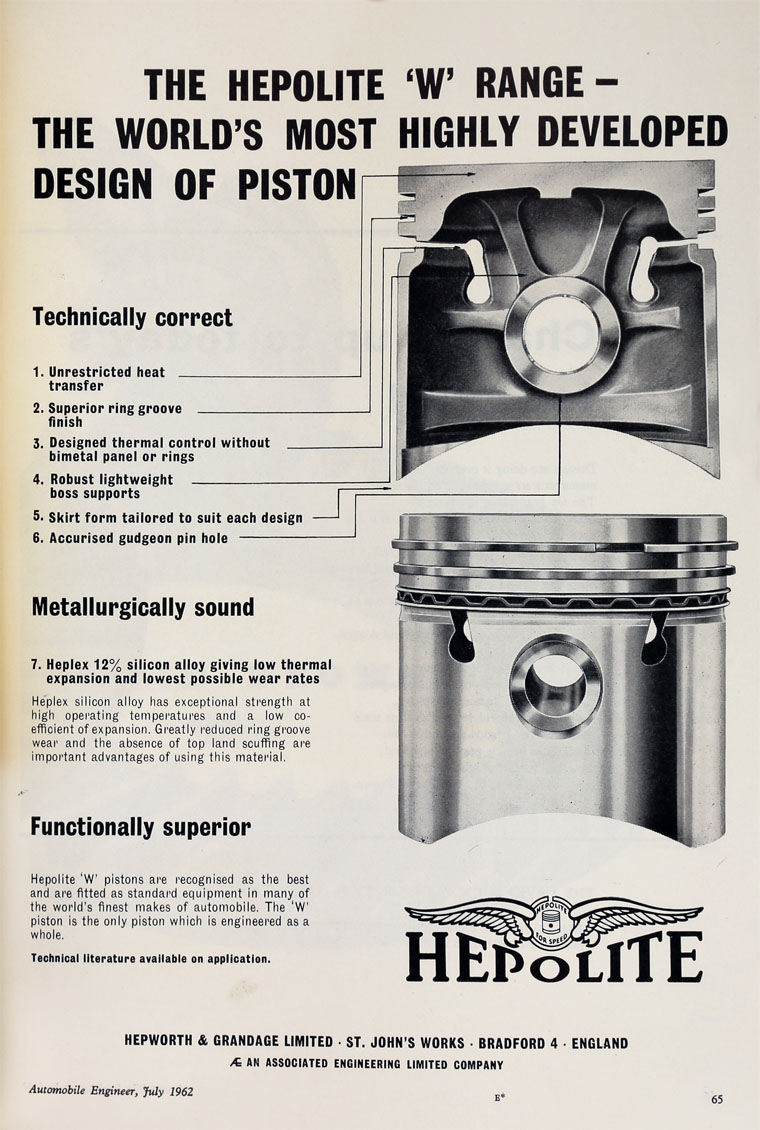 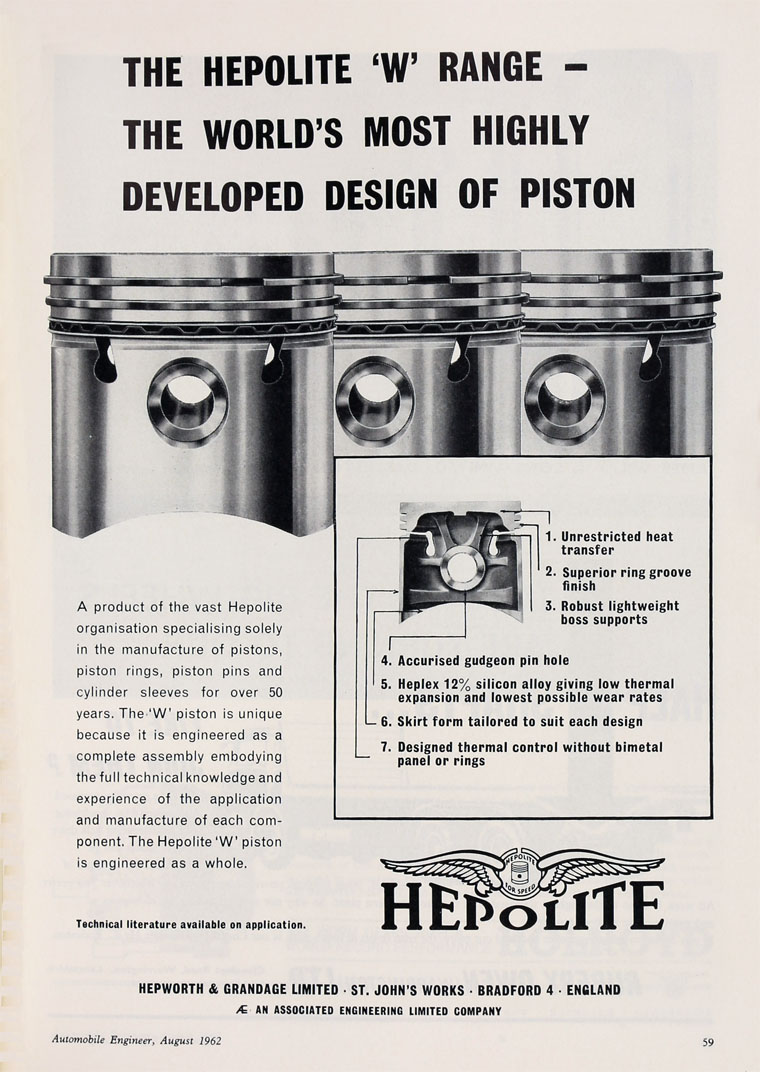 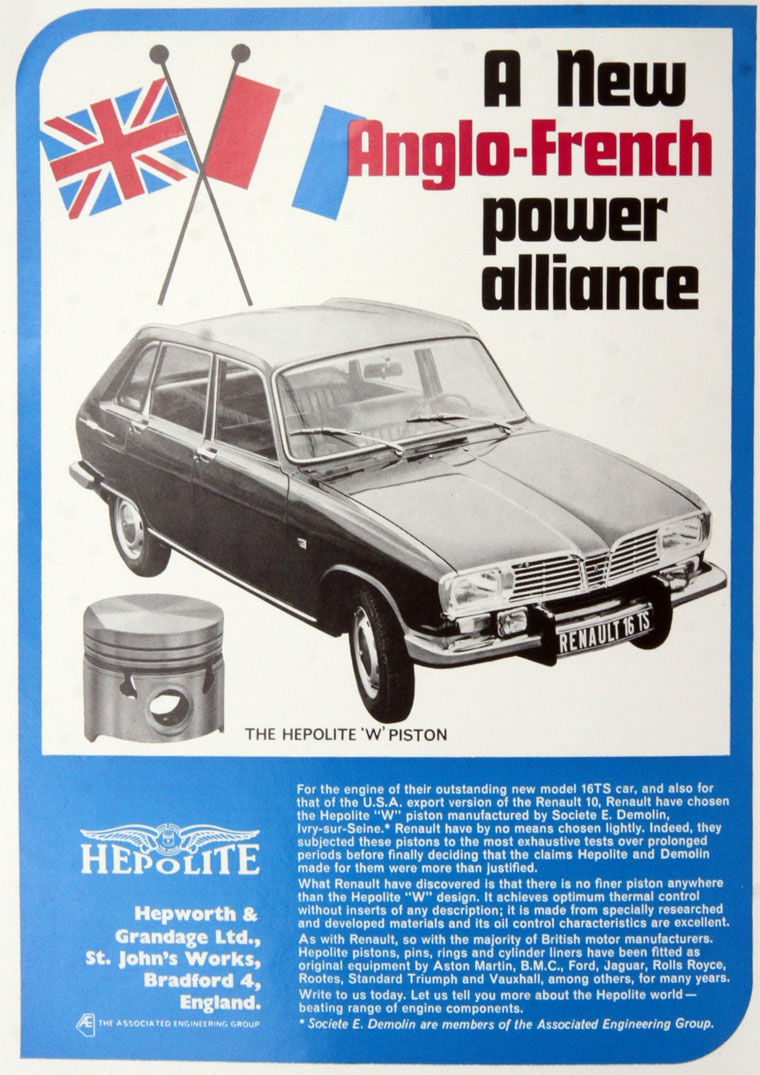 1919 March. Advert for Hepworth piston rings as used on the Napier Lion engine in the DH9 biplane.

1965 Factories at Bradford, Saltaire, Leeds, Yeadon and Sunderland. Description of detailed planning of the company's training programme and staff progression for all of its employees[2].

1973 Hepworth and Grandage would acquire Cannon and Stokes, of Leicester, makers of nozzle guide vanes and other gas turbine components, which had previously been 44% owned by Rolls-Royce[3]