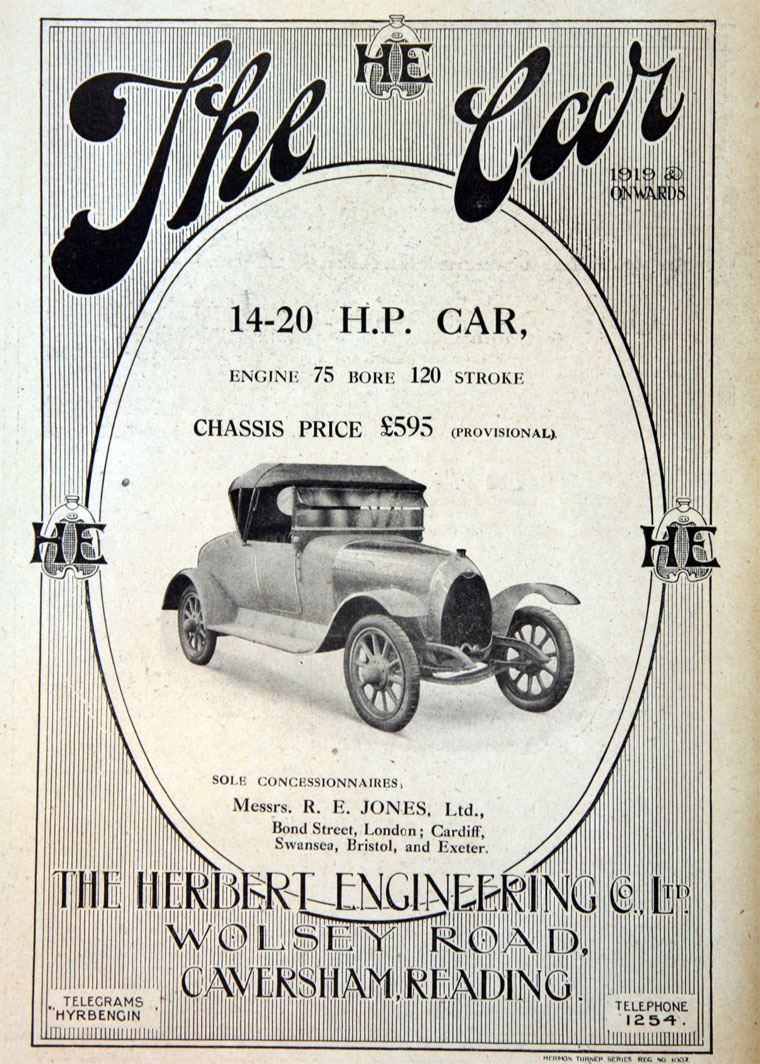 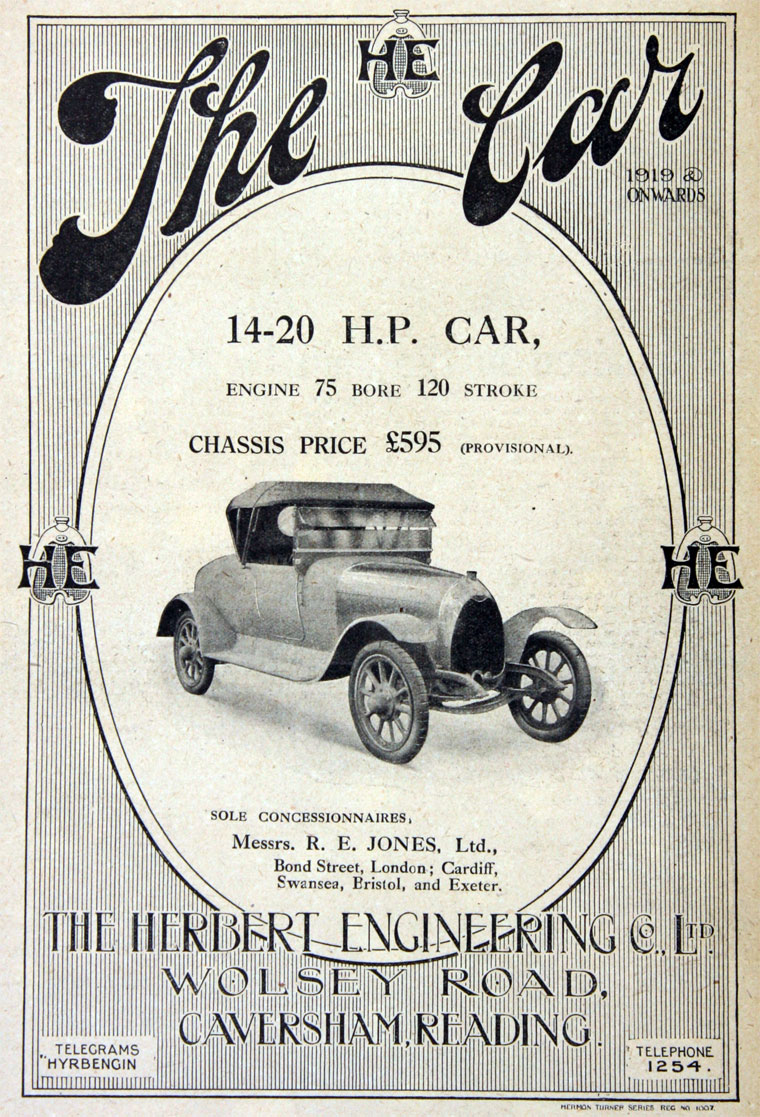 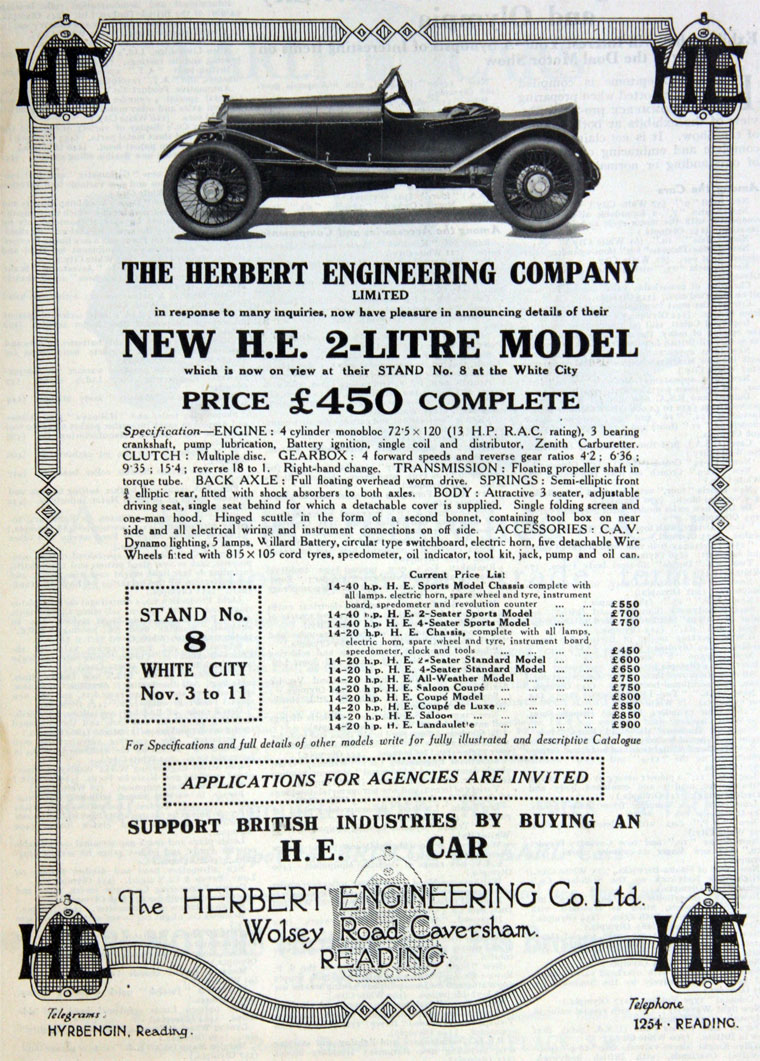 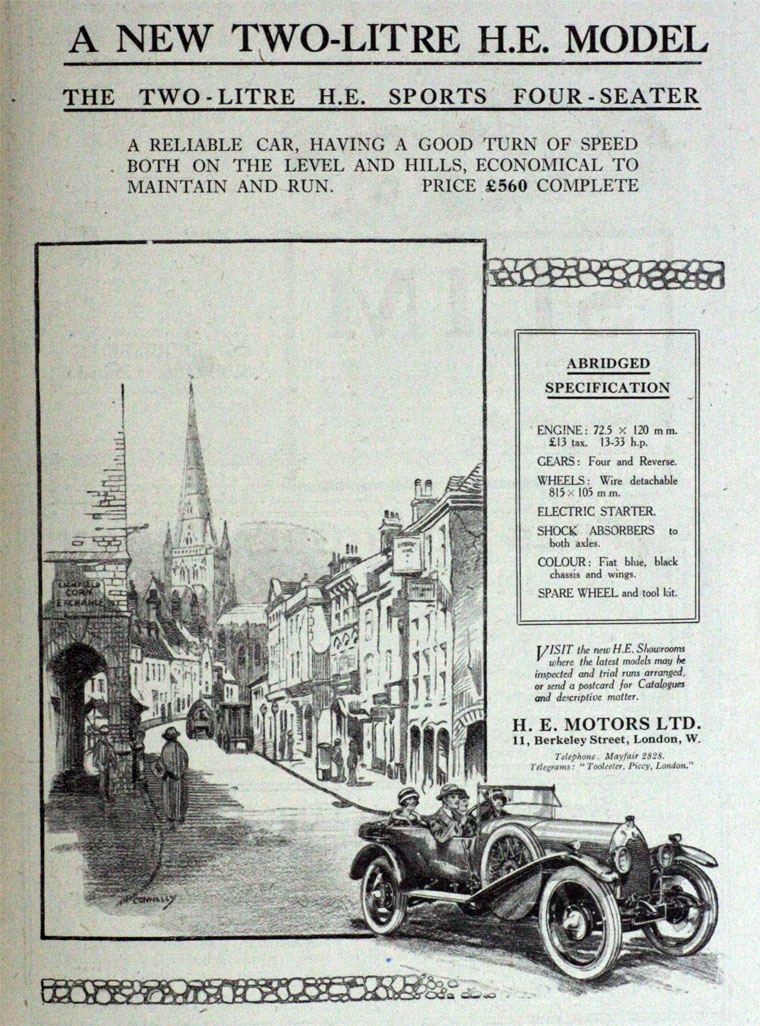 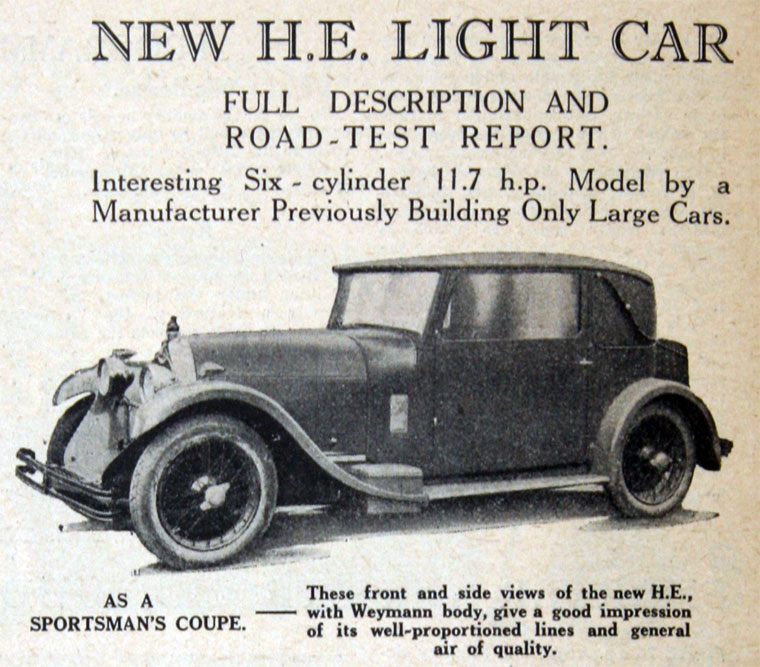 Company formed by Herbert Merton to repair aero-engines during WWI.

1914 Announce they will move from London to a new factory at Lower Caversham, Reading and will employ upwards of 300 people.[1]

1923 Article. 'In the new extension of Olympia, which had its entrance in the Hammersmith Road, there were quite a number of interesting chassis. Among these was that staged the Herbert Engineering Co., Ltd., of Reading. Their H.E. chassis has been modified and improved yearly since it first made its appearance at the White City. This year their stand at Olympia contained an improved two-litre engined H.E. as well a new sports model de-luxe, with four-wheel braking. The improved H.E. engine has a cylinder block and a cast aluminium head, which discards the valve caps on the previous H.E. motor. The sparking plugs are deeply recessed in the head casting, and means are provided to drain these plug pockets of any accumulation of water and dirt. This also prevents any chance of such debris falling into the cylinders if when a plug is removed at any time. Battery or magneto ignition is given at the option of the purchaser. The makers are confident that g either of these systems is efficient as far providing the necessary sparks to the Lodge plugs, which may fitted. A Zenith carburettor is provided the H.E. touring model, but on the sports model a Solex carburettor is fitted. In regard to the alteration to the transmission system, it will he noticed that only one Hardy flexible joint is now fitted between the engine and gear-box, while an adjustable clutch stop provides additional assistance to give easy changing of the ratios the driver. Though not fitted as standard, brakes on the front wheels can supplied to the standard two litre model of the same design as the sports car. These brakes were tested recently, and the driver reported that at a speed of thirty miles an hour the car was pulled up in about ten yards, though the surface of the road was very loose, and made the performance more difficult. Shock absorbers and Knot’s grease gun chassis lubrication are fitted to all H.E. models, while the chassis are shown with different types of coachwork bodies of high class character, both open and enclosed. The two-three seater touring model H.E. car costs £595 complete, and rated at £13 tax.'[4]

1931 Company ceased trading and the premises taken over by Thornycroft