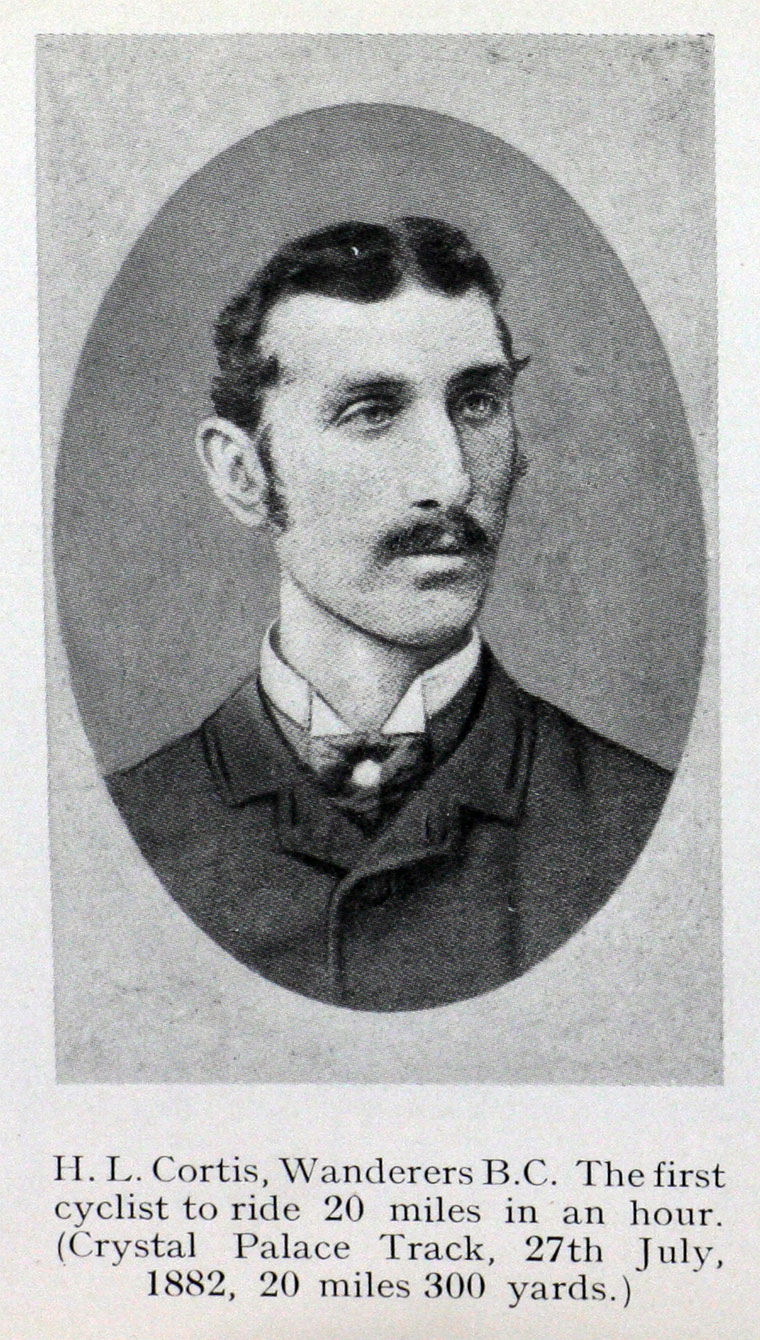 1882 August 3rd. Married at Lambeth to Mary Elizabeth A. Bruce

1882. First professional cyclist to cover more than twenty miles in an hour on the Surbiton track.(although some claim it was John Keen who first broke the record).

Headstone in Bathurst Cemetery. 'The ceremony of unveiling the monument erected by the cyclists of New South Wales to the memory of the late Dr. Herbert L. Cortis, took place on Friday, the 9th instant, in the presence of a large number of cyclists and citizens of Bathurst. The monument is of polished brown granite on a foundation 2ft. 8in. square and 18in. deep. It is surmounted by an urn, and the whole stands about 9ft. high. The inscription is as follows: — In Memory of the English Bicyclist, HERBERT LIDDLE CORTIS, Died at Carcoar, N. S. W., Dec. 28, 1885, Aged 28. Primus Inter Paren, and Amateur Champion of the World. This stone is erected by the cyclists of New South Wales. Dr. Machattie, who performed the ceremony, spoke in very high terms of the estimable qualities of the deceased gentleman.'[2]