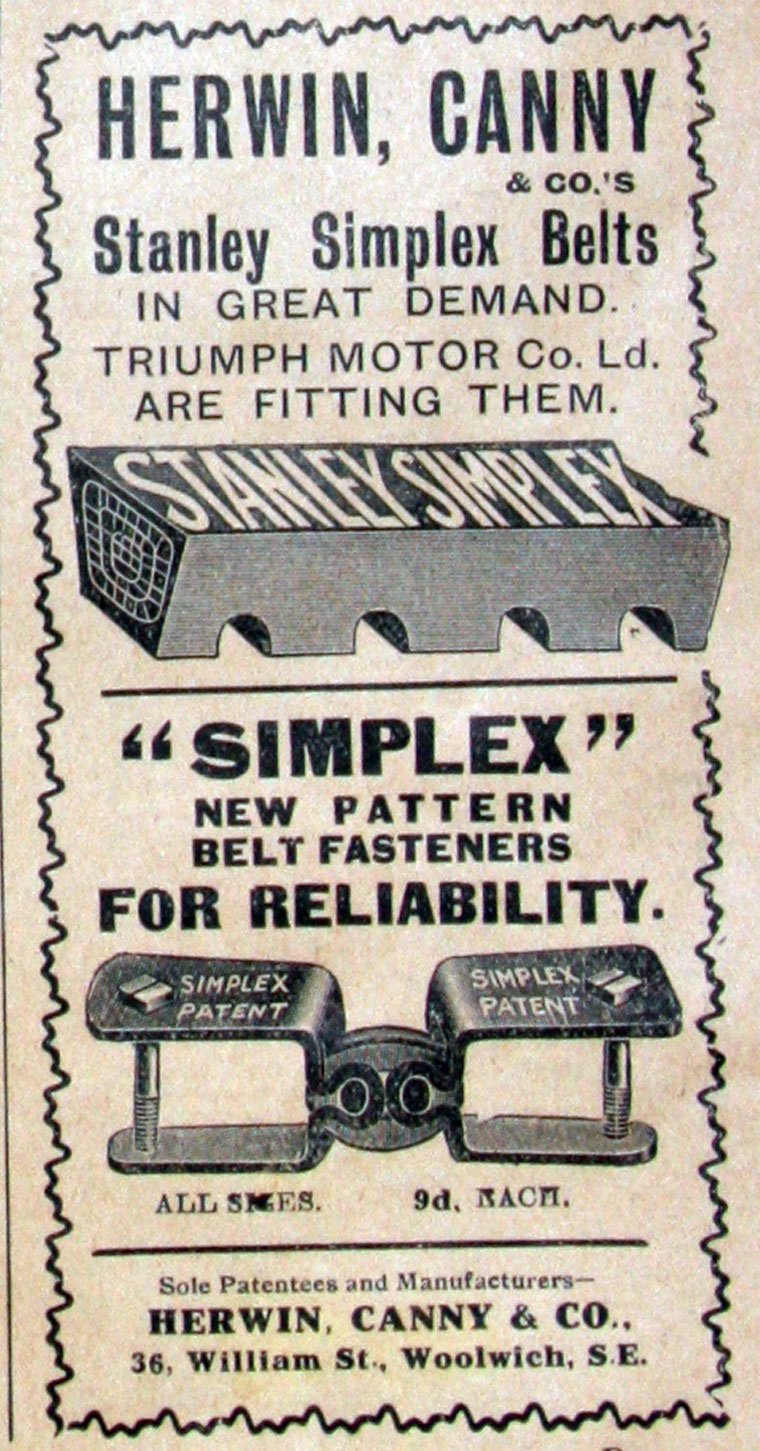 Herwin was a motorcycle produced from 1905 to 1906 by Herwin, Canny and Co

The company exhibited at the late-1905 Stanley Show. Their model was low-built and fitted with a 5hp twin-cylinder engine. It had Simplex anti-vibration springs and brake mechanism. This comprised a spring fork on the front wheel carrying an arm that held the brake band in position. A similar arrangement was fitted to the rear wheel. The whole machine was well-sprung and thought to be a very comfortable ride.

Herwin Canny also designed and produced the first army ambulance, and a timing mechanism for bombs dropped from planes in WW1 [1]