Hezekiah Close (on right) outside his shop in the early 1920's. 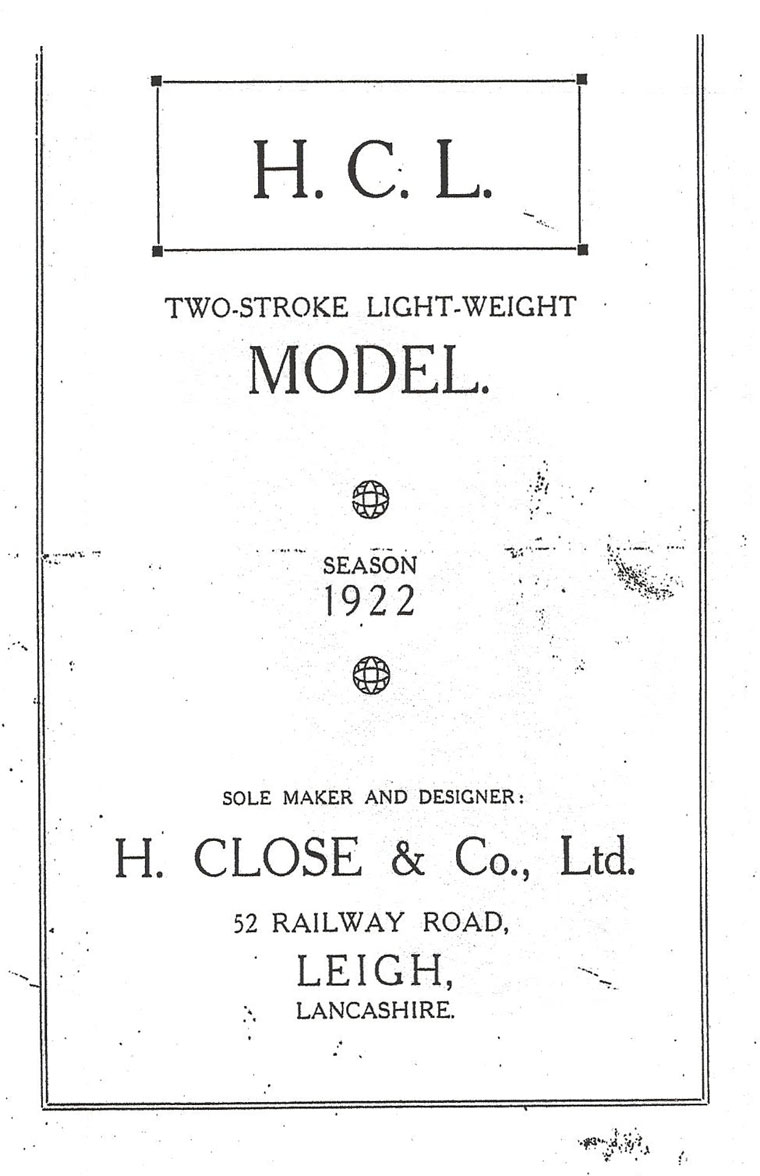 HCL were motorcycles produced in 1922. The initials stood for Hezekiah Close of Leigh, and the machines were made at 25 Railway Road, Leigh, Lancashire.

The motorcycles were made post-Great War and the engines used were either a 269cc Villiers two-stoke or V-twin four-stroke JAP, driving a Burman or Sturmey-Archer two-speed gearbox. The machines had a simple frame fitted with Saxon forks at the front.

Close soon gave up making motorcycles and became a professional musician, so only six machines were ever made.