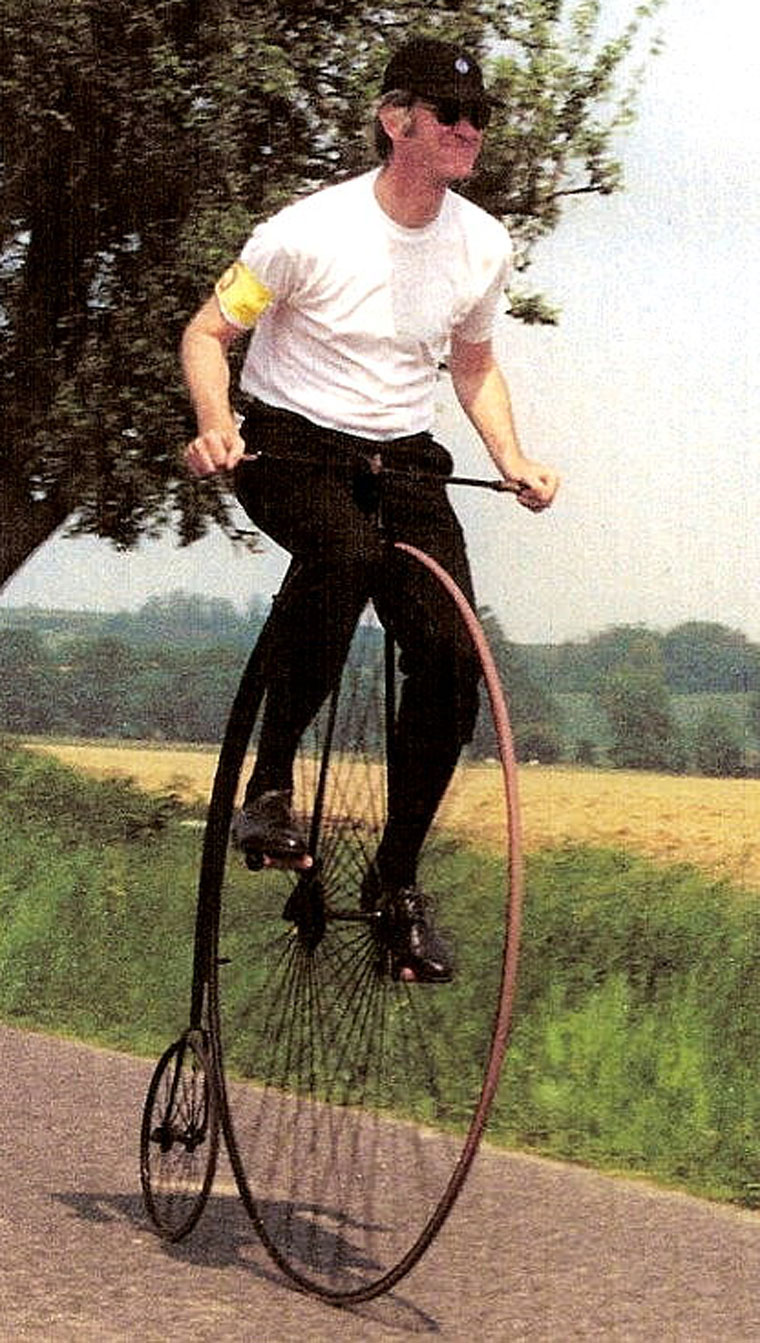 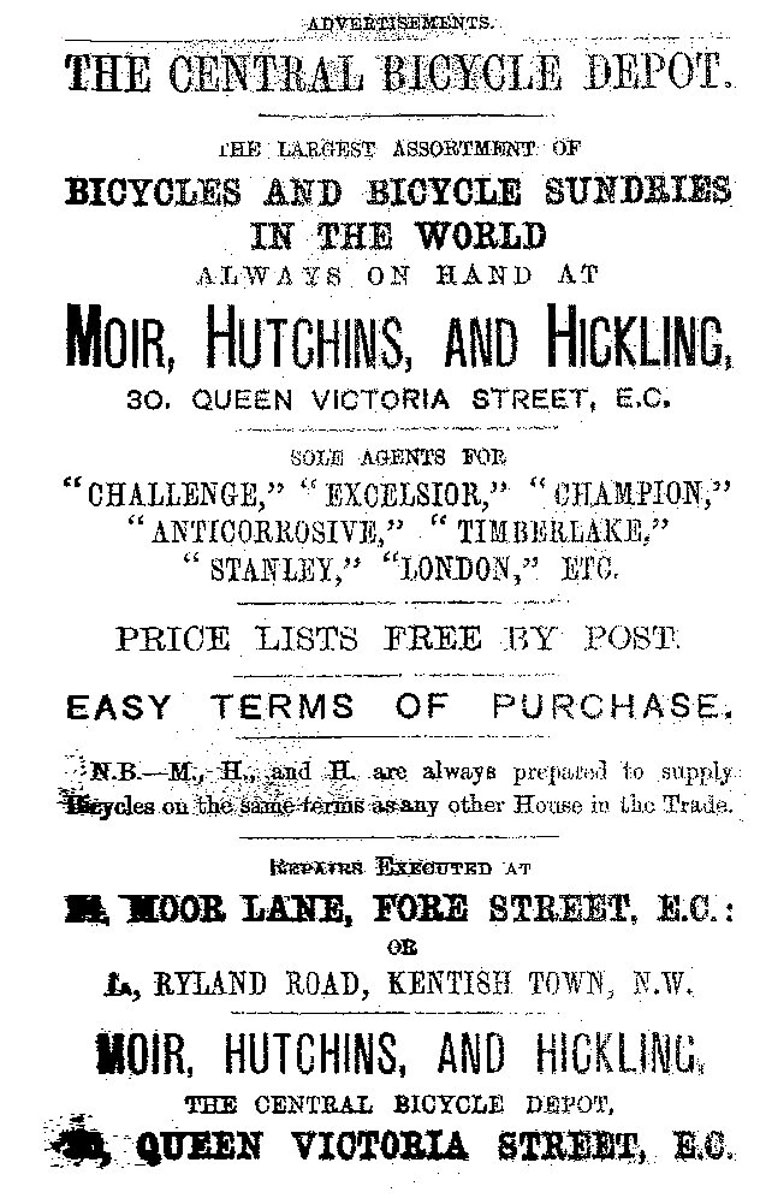 1869 Took over H. J. Timberlake and Co which made the Pilot bike; see Pilot Cycle Co.

The Timberlake/Pilot company was given by Hickling as security to the rubber manufacturers who made tyres for them.

1883 Bankrupt. '...Liquidation by Arrangement or Composition with Creditors, instituted by Alfred Chester Hickling and Henry Martin Hutchins, both of Maidenhead, in the county of Berks, Bicycle Manufacturers and Copartners, trading as Hickling and Co...'[2]

1885 Keeping with the trend, Hickling and Co offered from their premises in Maidenhead, a Safety with a 38” dia wheel, geared to 54”.

These Safety machines were made by several manufacturers, enjoying brief success for approximately only three years and were known as Dwarf ‘Ordinary’ Safeties. Competition from the more advanced Rover design (accepted as the basic design of most modern cycles) quickly made the Dwarf Ordinary design redundant.