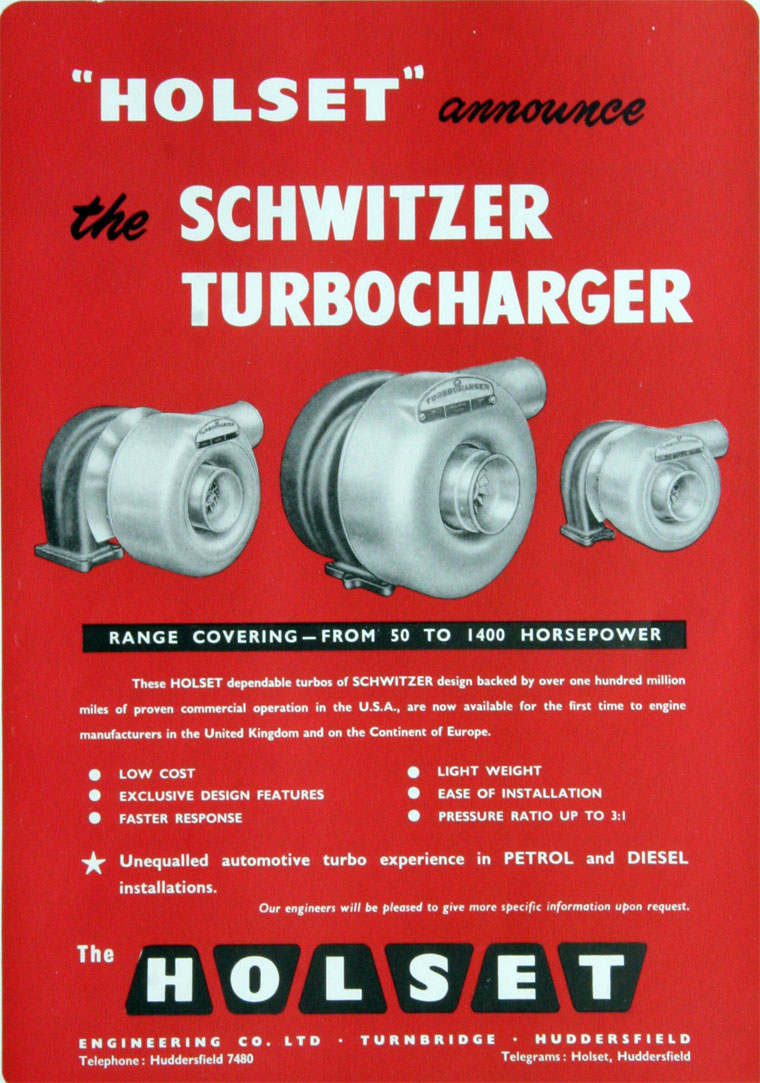 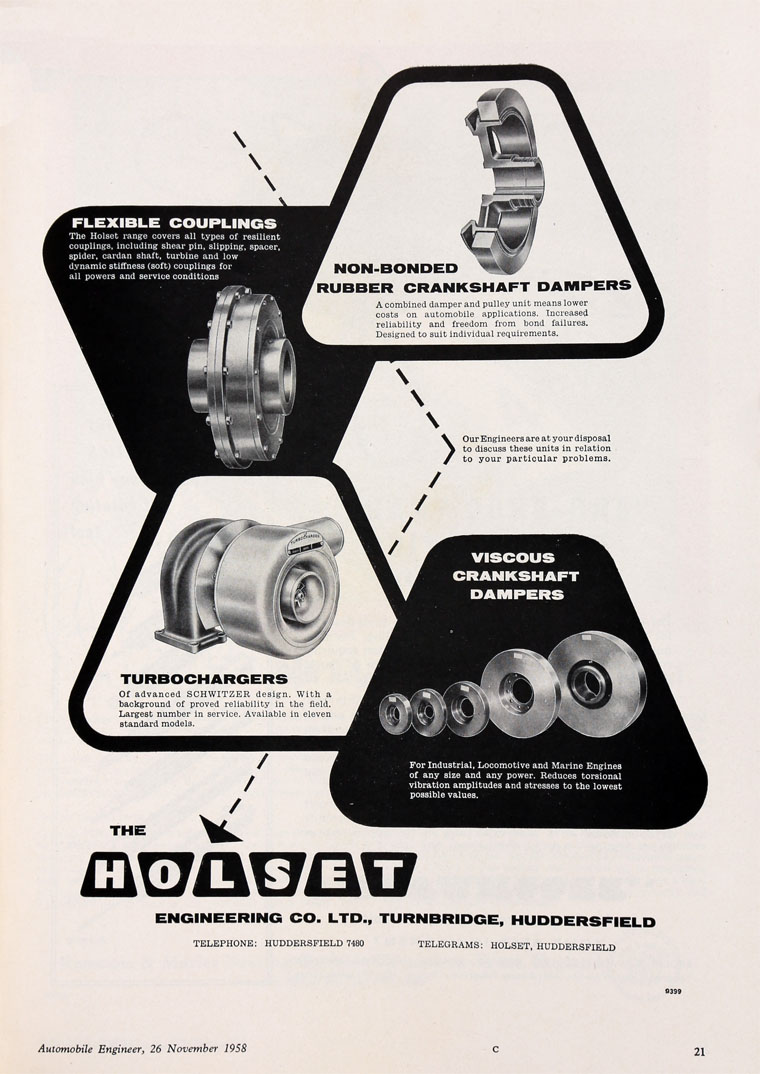 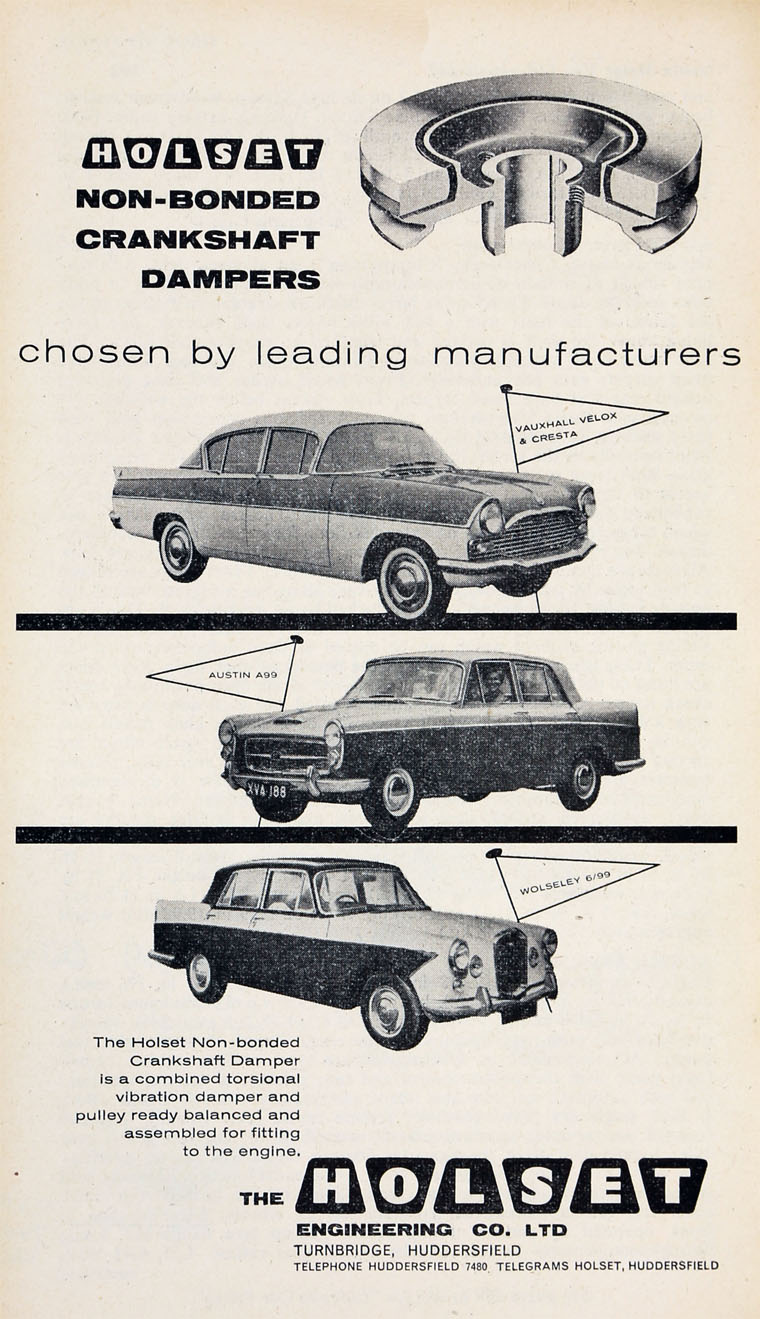 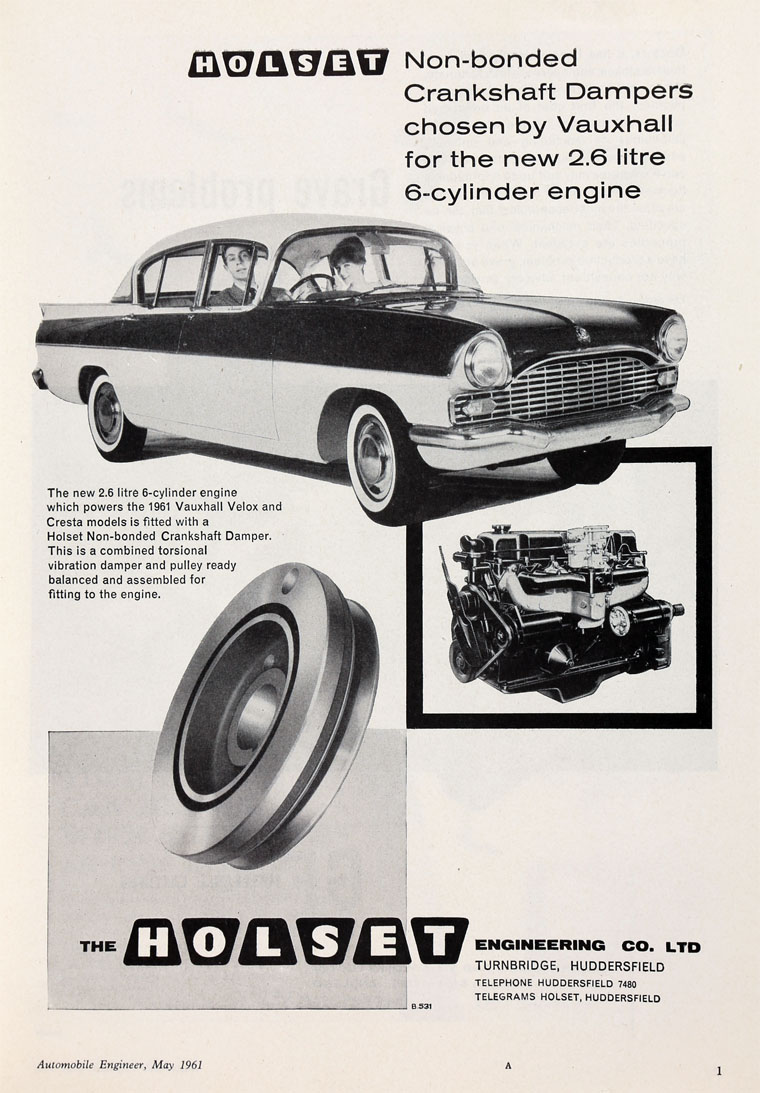 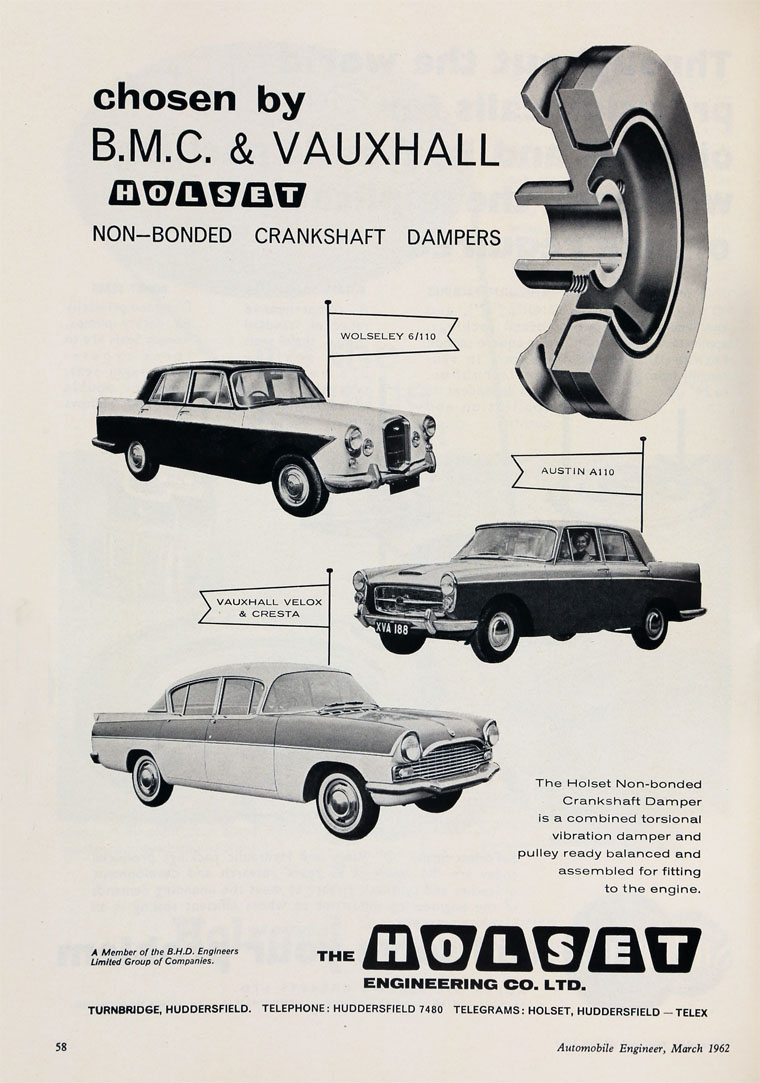 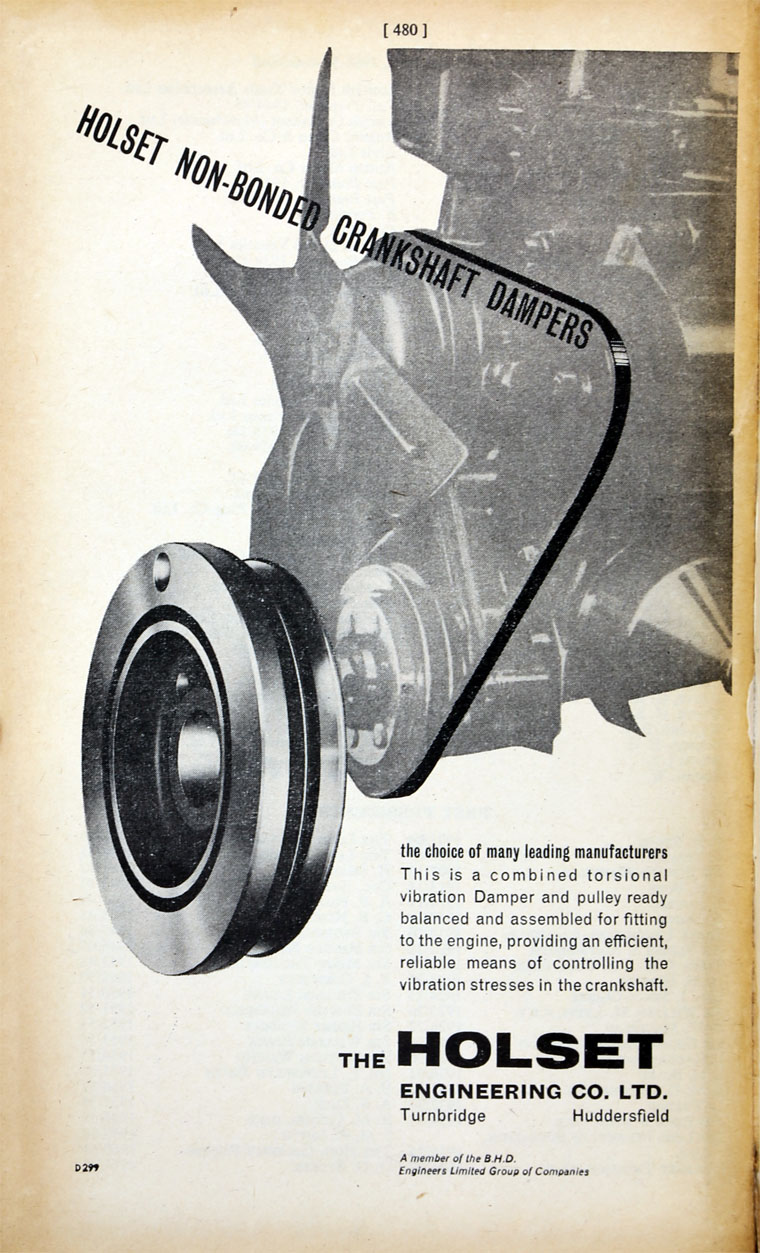 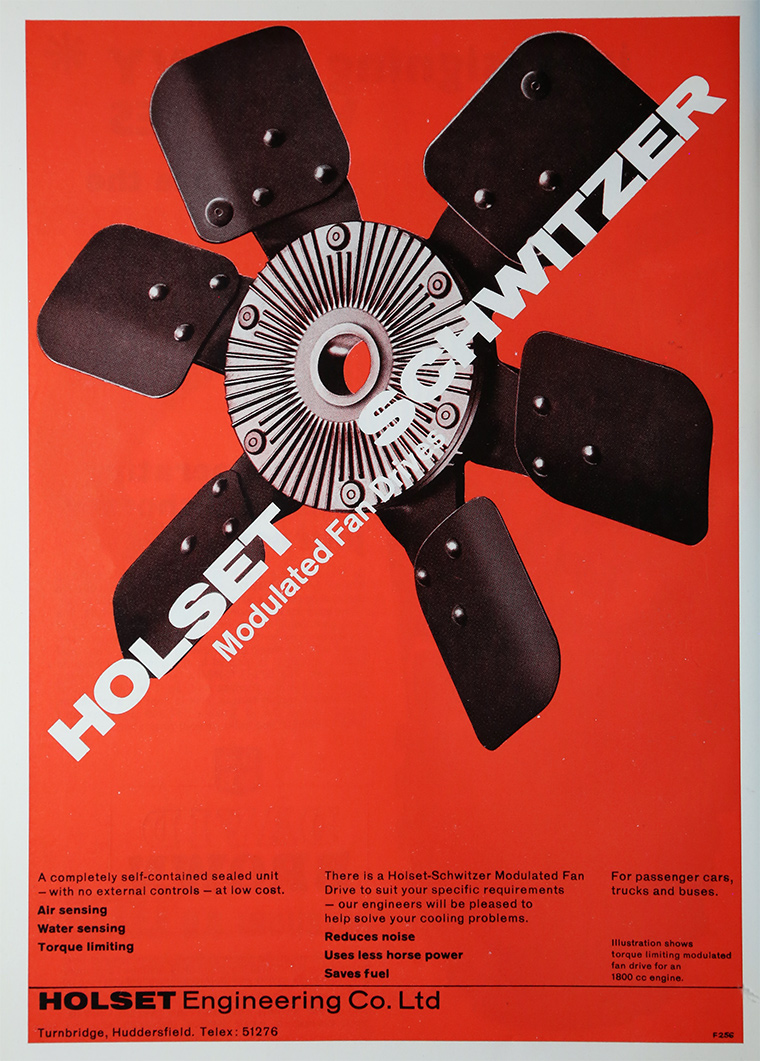 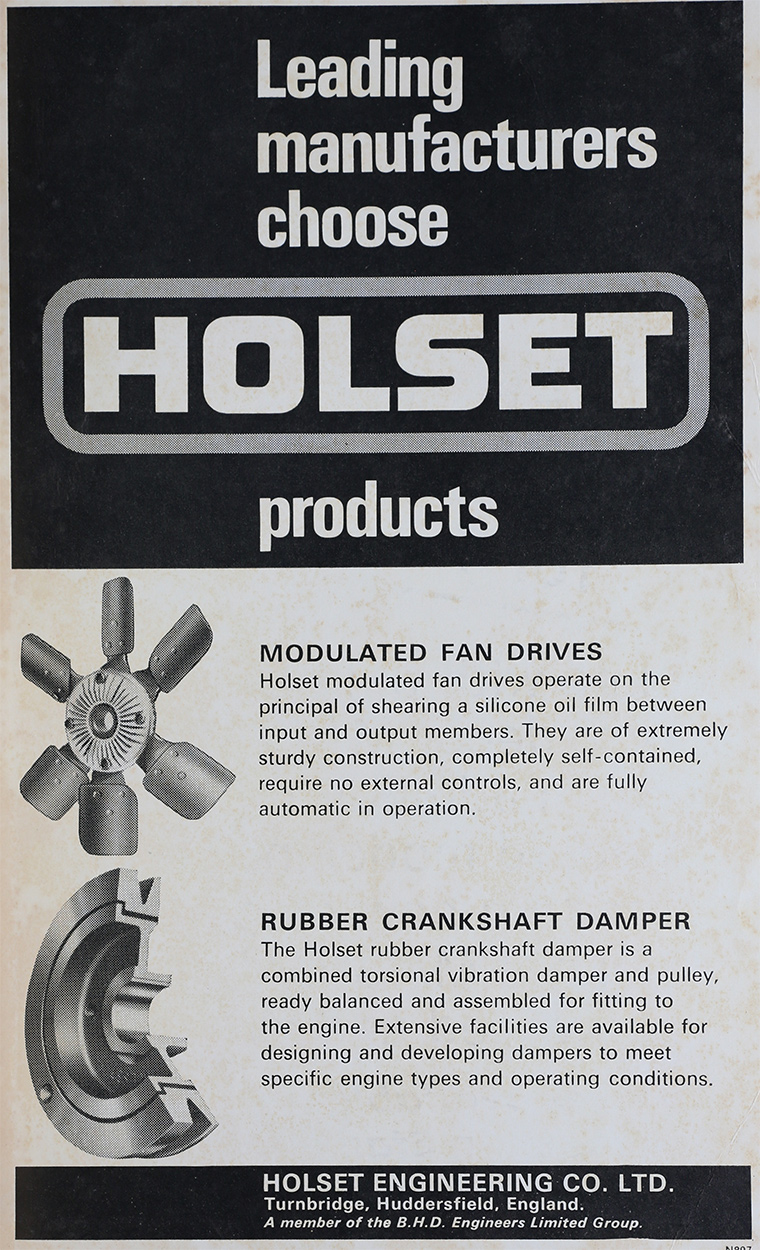 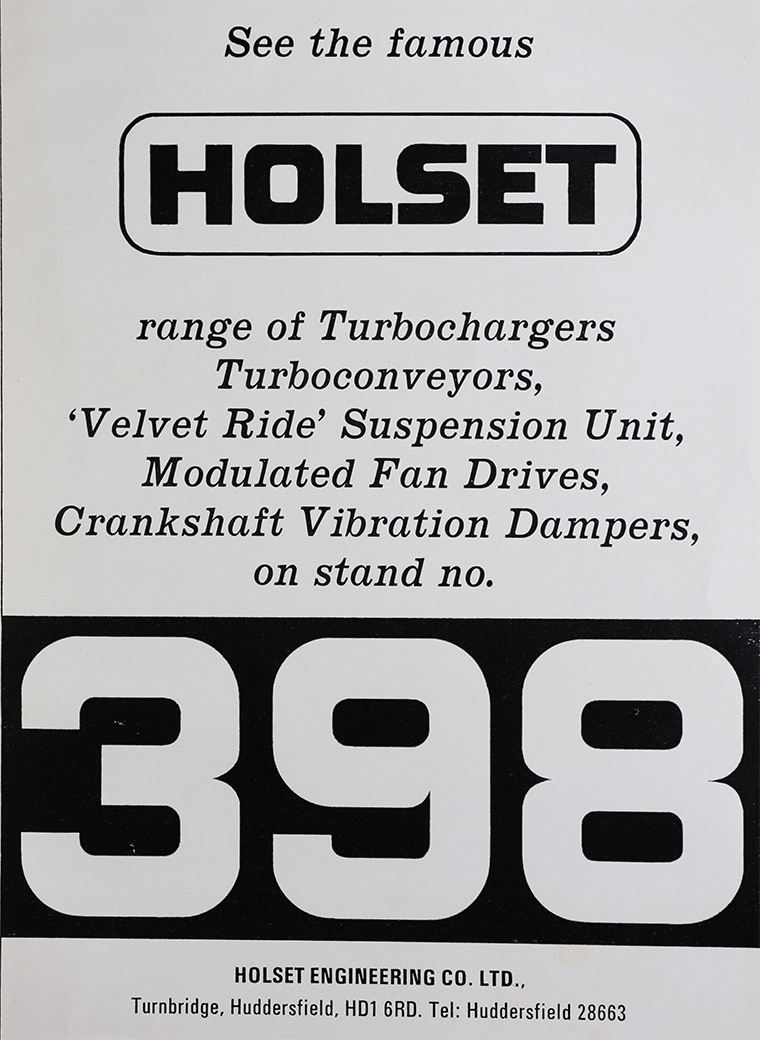 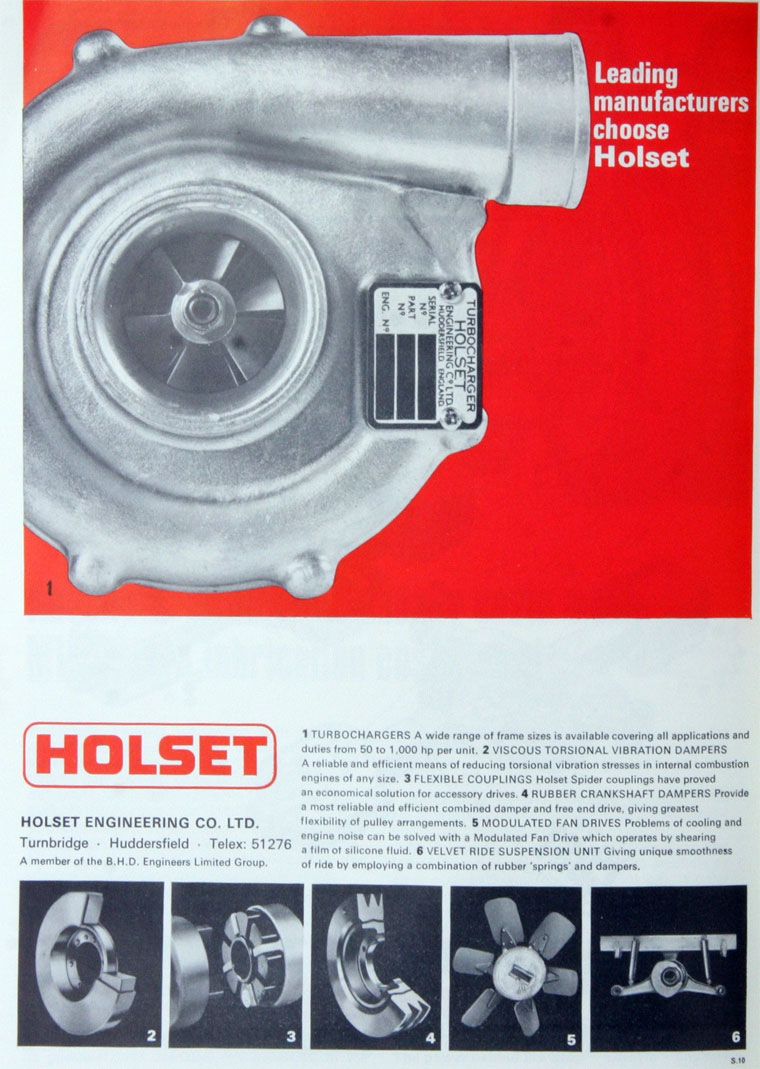 1948 W. C. Holmes became interested in Louis Croset's flexible coupler design for engines. The company started when Paul Croset was convinced to start up and manage the venture.

1952 Paul Croset and Brian Holmes formed the limited company, the name coming from the first half of Holmes and the last half of Croset. The company was a subsidiary of B. H. D. Engineers[1].

1954 Holset took a licence from Dr. Alfred Buechi to manufacture his turbocharger design.

c.1957 Louis Schwitzer's company in Indianapolis, Indiana had developed a small lightweight turbocharger and a close association and licence agreement was arranged between Holset and Schwitzer. Holset designed and manufactured turbochargers for the European market where Schwitzer did not then have manufacturing facilities.

1973 Hanson Trust sold most of BHD Engineers; Holset was purchased by Cummins Engine Corporation of USA[2]