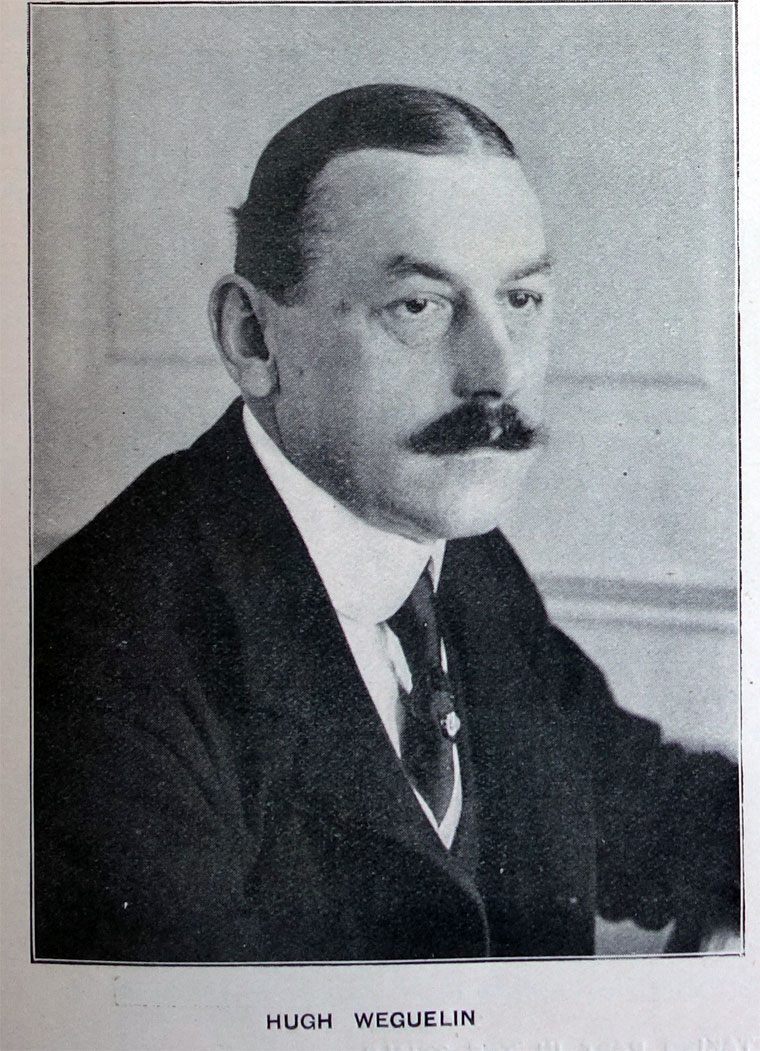 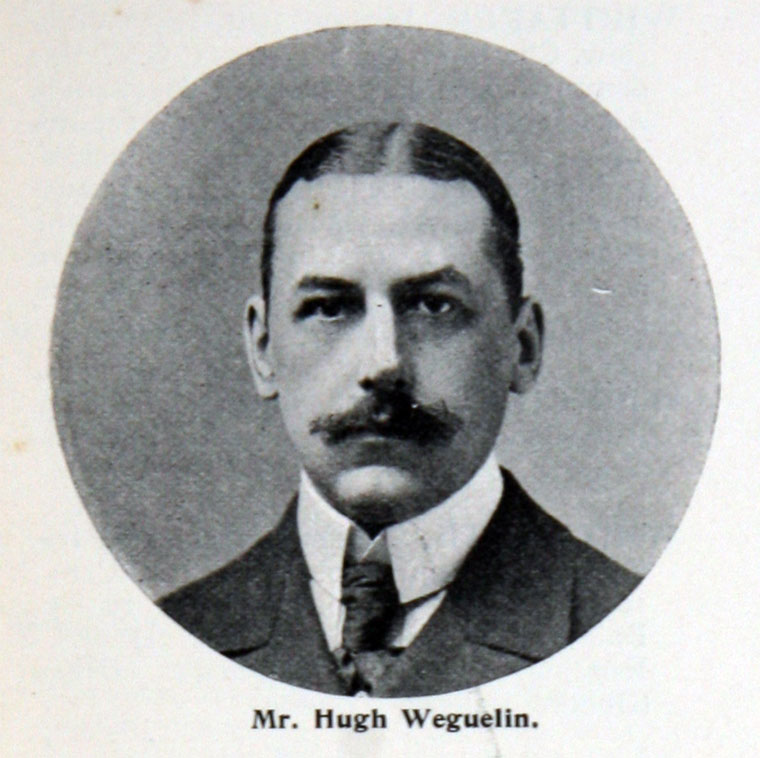 1904 WEGUELIN, Hugh, in six years has owned twelve motor cars — nine of which have been Panhards — and may therefore claim to be a motor-car enthusiast. His latest acquisitions have been two little de Dions. Club: A.C.G.B. & I. (Club Committee). [1]

WEGUELIN, HUGH.- Born in 1860, and educated at Eton, Mr. Hugh Weguelin is a member of the London Stock Exchange. He has taken a keen interest in automobilism since the passing of the Act, and was the first private owner of a Panhard car in this country, and he has never driven cars of another maker since then, except two of De Dion Bouton; altogether he has had fourteen cars up to now. His next car is to be a C.G.V., which is expected next month.