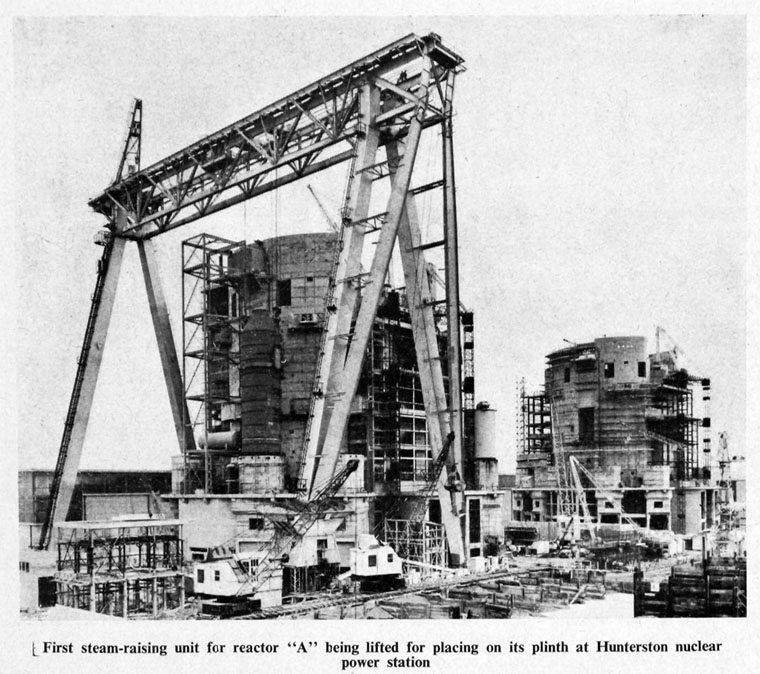 Hunterston A nuclear power station was a Magnox power station located at Hunterston in Ayrshire, Scotland on a promontory of the Ayrshire coast, 30 miles south west of Glasgow. The twin reactor site was Scotland’s first civil nuclear generating station.

1957 Construction commenced by a consortium of GEC and Simon-Carves

1964 Facilty opened. Hunterston A had two Magnox reactors capable of generating 180 MWe each. The reactors were supplied by GEC and the turbines by C. A. Parsons and Co. The main civil engineering contractor was Mowlem.

1969 Opening of Hunterston A (not sure what this refers to - was it the formal opening?), which at the time was the largest nuclear power station in operation anywhere in the world.

1989 Hunterston A ceased operation after generating a total of 73 TWh.