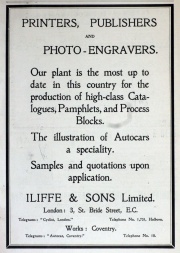 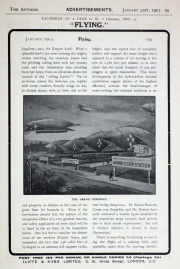 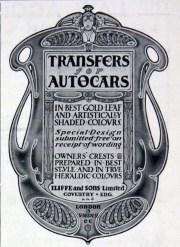 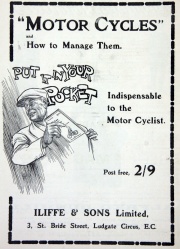 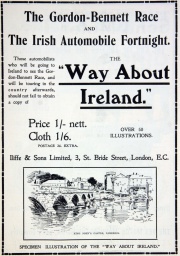 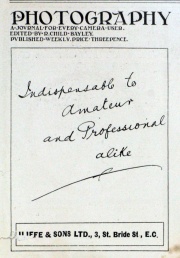 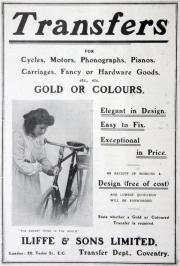 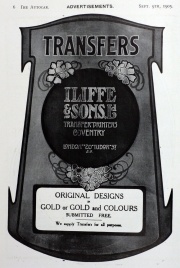 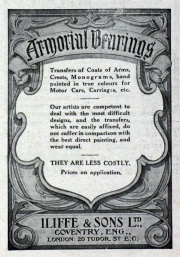 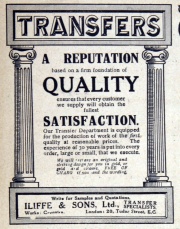 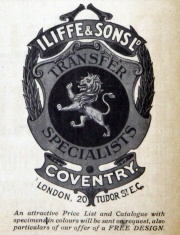 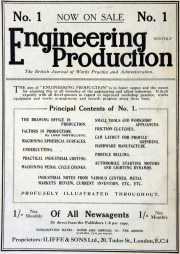 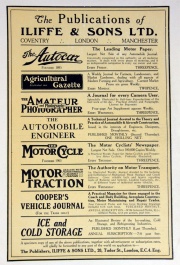 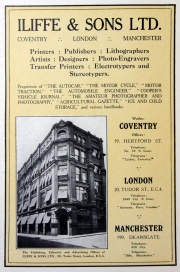 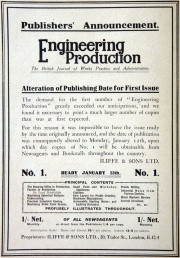 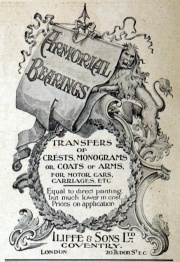 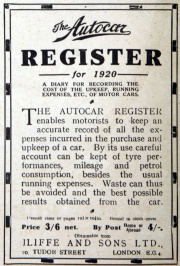 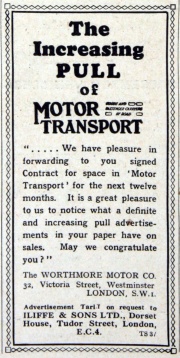 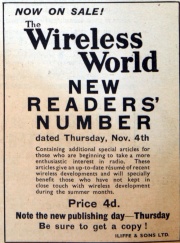 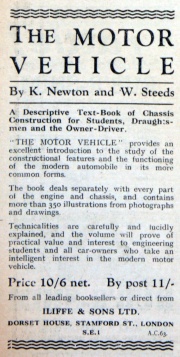 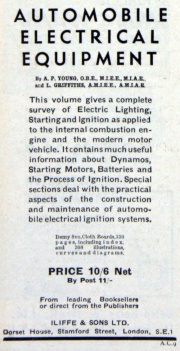 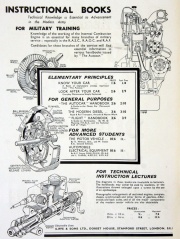 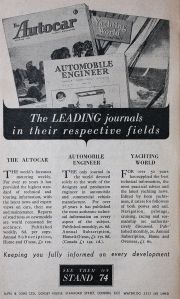 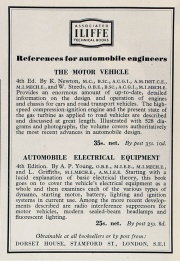 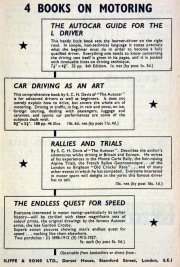 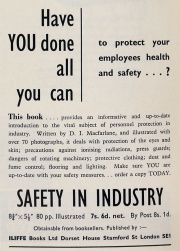 Mr Iliffe founded a stationery business which later expanded into wallpaper and printing.

1868 W. Iliffe of 12 Smithford Street, Coventry advertised as a stationer[1]

This venture's early success ensured that the Iliffes soon became pillars of the local community.

Iliffe's son, William, saw that late Victorian Coventry was at the heart of a revolution in engineering, and thus the ideal place from which to pioneer specialist transport magazines intended for a mass market.

1878 Published The Cyclist, which was so successful that it absorbed two rivals and moved to London as Bicycling News.

By 1881 William Iliffe senior had retired from the business

1884 The company was Iliffe and Son (see advert). Iliffe and Dawson, newspaper proprietors, were at a neighbouring address.

1895 Launched Autocar. Henry Sturmey was first editor of the magazine.

1900 Exhibitor at Stanley Cycle Show: Iliffe, Sons and Sturmey Ltd., 3, St. Bride Street, E.C. "This firm have the latest issues of The Autocar and other publications of interest to the automobilist, such as Motor Cycles, On an Autocar through the Length and Breadth of the Land, Horseless Vehicles, Petroleum Motor Cars by Louis Lockert, and Lacy Hillier's cycle and motor novel, The Potterers' Club."

1901 Henry Sturmey stood down as editor of The Autocar magazine and left the company[2]. The company became Iliffe and Sons

1909 Launched Flight. By this time Iliffe and Sons had diversified beyond printing and periodicals.