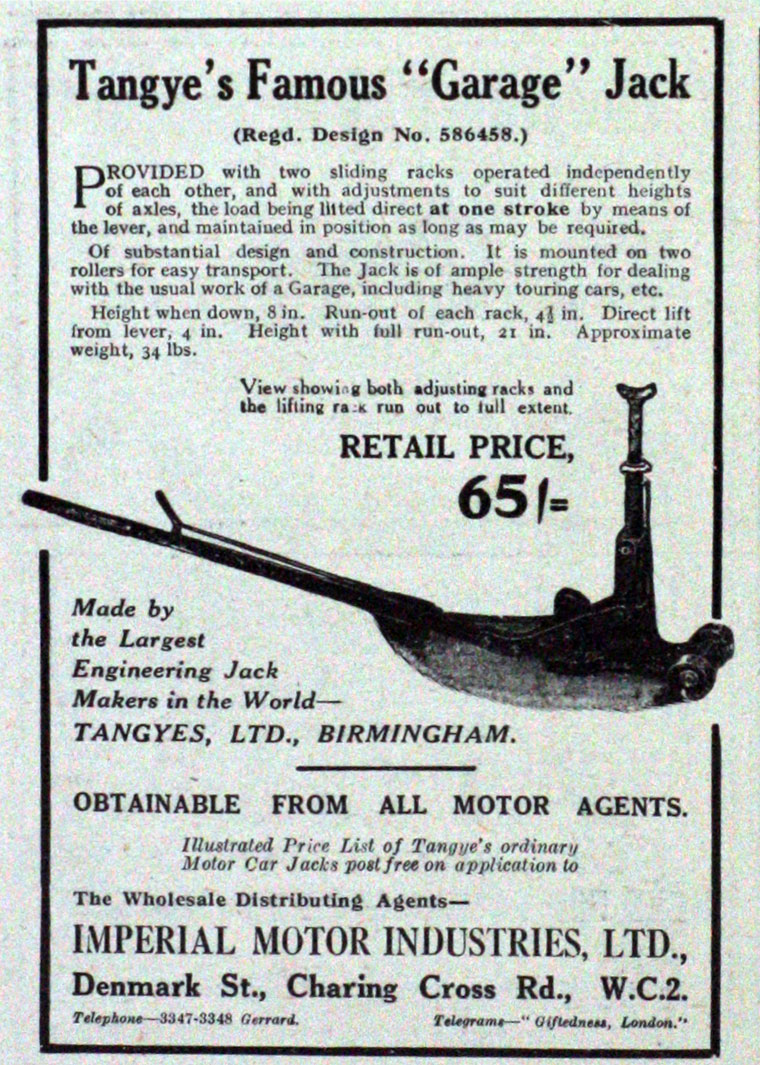 This was an American machine built under licence during an early scooter boom that occurred after the end of the First World War. It was made by Imperial Motor Industries of London, using a 162cc four-stroke engine fitted to the left of the front wheel. It had a platflorm frame with no seat. A second version, also with a platform, used an electric motor instead of the four-stroke, and the batteries were carried on the platform. Few were sold and its life was short.