Grace's Guide is the leading source of historical information on industry and manufacturing in Britain. This web publication contains 144,405 pages of information and 230,177 images on early companies, their products and the people who designed and built them. 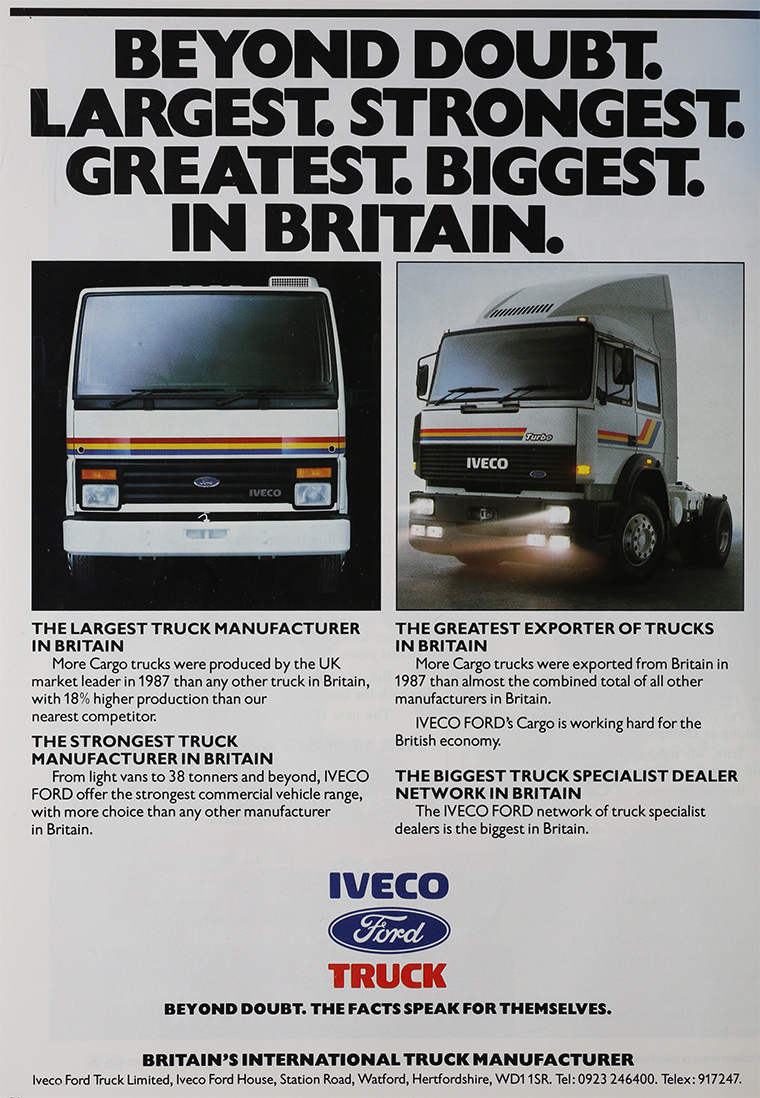 1986 Ford sold its European truck operations to the Italian Iveco group and subsequent vehicles have been badged Iveco Ford.

After the recession in the 1990s, Iveco rationalised its production operations, overlooked by Keith Stanley Jones (Production Engineering Manager).