Steam engine at Westonzoyland Museum before restoration to running order 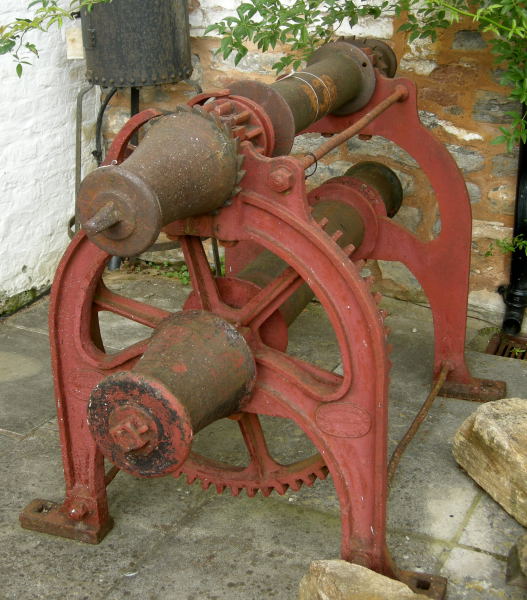 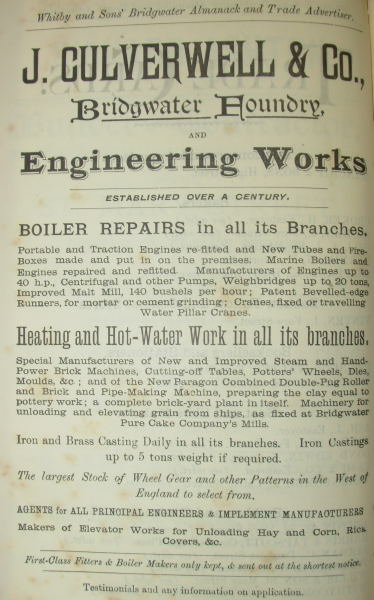 1881 Presumably the business of James Culverwell, continued after the death of W. E. Murch of Murch and Culverwell.

Waterwheel for Holford Tannery, 1892 (built in conjunction with Charles Sellick of Fiddington, whose name is also cast on the rim of the wheel).

A lathe found near Chepstow has 'J Culverwell & Co - Engineers - Bridgewater' cast into the legs, and has a brass plate marked with Culverwell's Plant ID number. It seems that this had been made as a treadle lathe by Culverwell, and at some point modified by fitting a heavy duty headstock and tailstock for power drive. See photo. The lathe has since been restored and presented to Westonzoyland Museum, where it is on display.

A short history of J. Culverwell, the Bridgwater Iron Foundry, and sometime owners Edward Murch and Robert Spence, was written by Brian J Murless and published by Westonzoyland Museum in 'Condensation', the magazine of the Westonzoyland Engine Trust, Issue 1, 2010. From this we learn that James Culverwell's earliest connection with the foundry was 1881, and that the business had closed by 1910.