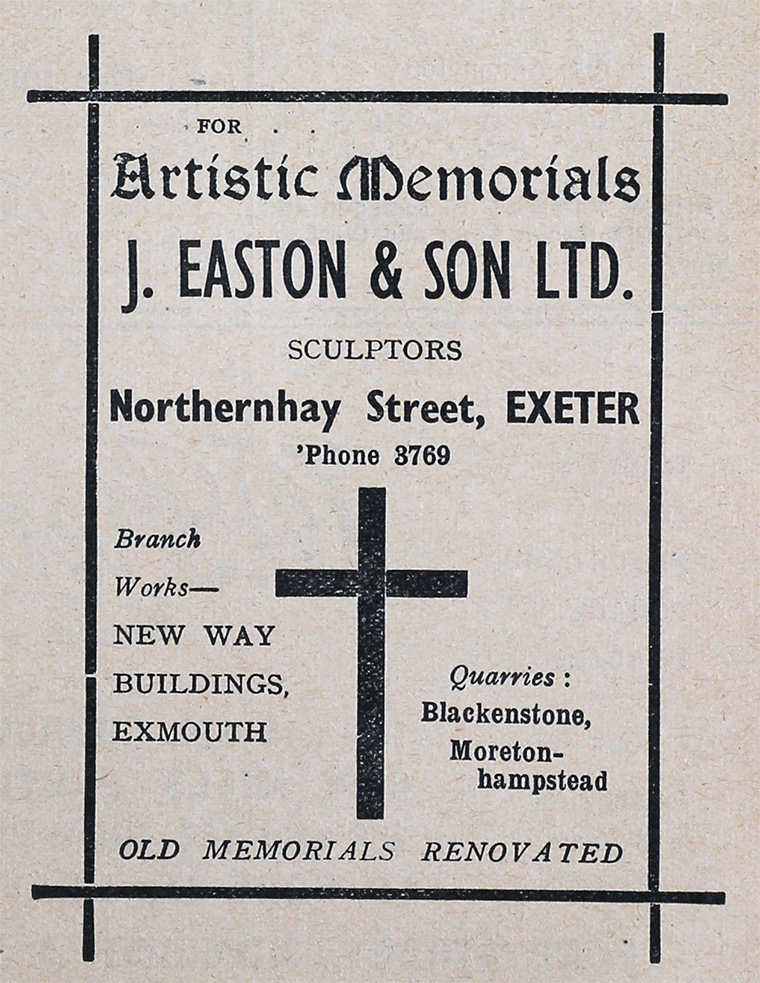 1886 Worked the Haytor Quarries. Also worked the Blackenstone Quarry for the past forty years.[2]

1892 Expansion of the business. 'The firm of Messrs. J. Easton and Son, quarrymen, stone merchants and masons, in carrying on a business established more than half a century ago, have just given special evidence of vigorous enterprise. Their business having outgrown the accommodation provided in their old premises in Northernhay-street, the firm has recently acquired valuable property adjoining, which extends the street as far as Maddock’s-row. On this site, under the shadow of the old city wall, long ranges of sheds and workshops have been built and the ground levelled. Entrance to the new premises obtained through a wide gateway, supported on either side by massive device columns ; in the capitals are spherical balls made of granite from their Dartmoor quarries. Powerful overhead and other cranes ore provided for loading and moving about the marble, granite, and other material brought from the quarries for cutting and polishing. The shops are furnished with the moat approved machinery and labour-saving appliances worked by steam and hand power so as to ensure prompt execution of orders.'[3]

1897 Stonework for a lamp on a granite pedestal in the Square outside the Anchor Hotel.[4]

1897 Contractors for the Clock Tower, Exeter.