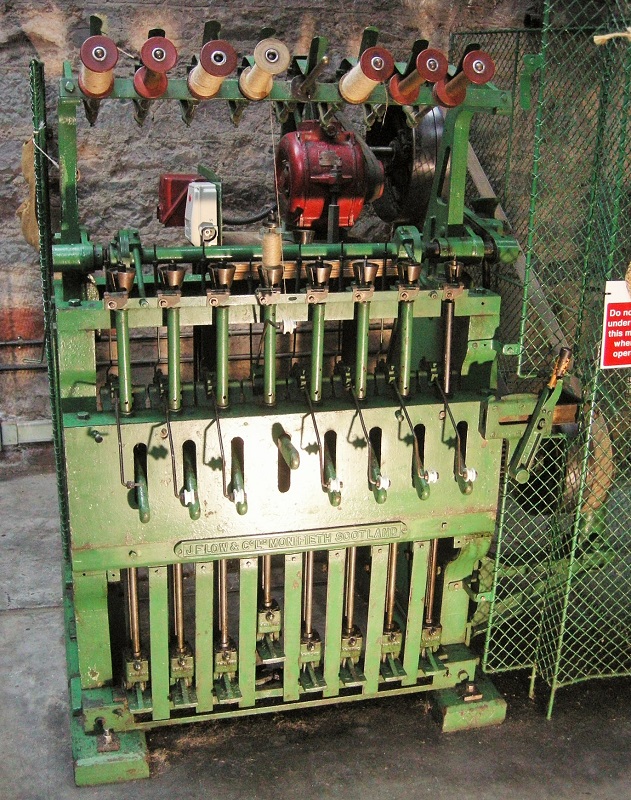 James F. Low and Co Ltd was set up around the beginning of the nineteenth century by James Low and Robert Fairweather at Monifieth, then 'a primitive village of turf huts'. The firm, which produced the first locally made carding machine for flax tow in 1815, grew as machine spinning spread throughout Tayside. On the death of William Low in 1840, James Kennedy managed the works until James Fairweather Low (1825-1901) assumed control in 1849. Under James F Low, who was later assisted by his brother Samuel Miller Low (1835-1921), the firm continued to expand. By the 1880s there were 300 workers employed at the Monifieth Foundry, producing a range of machines for the processing and spinning of jute, flax, hemp and other similar fibres, not only for local textile spinning concerns but for customers throughout the world. James F Low's son William took over in 1892 and in 1902 the firm was incorporated as a limited company under his chairmanship. In 1924, the Low family sold their interest to John Shaw & Sons (Wolverhampton) Ltd, manufacturers and merchants.[1]