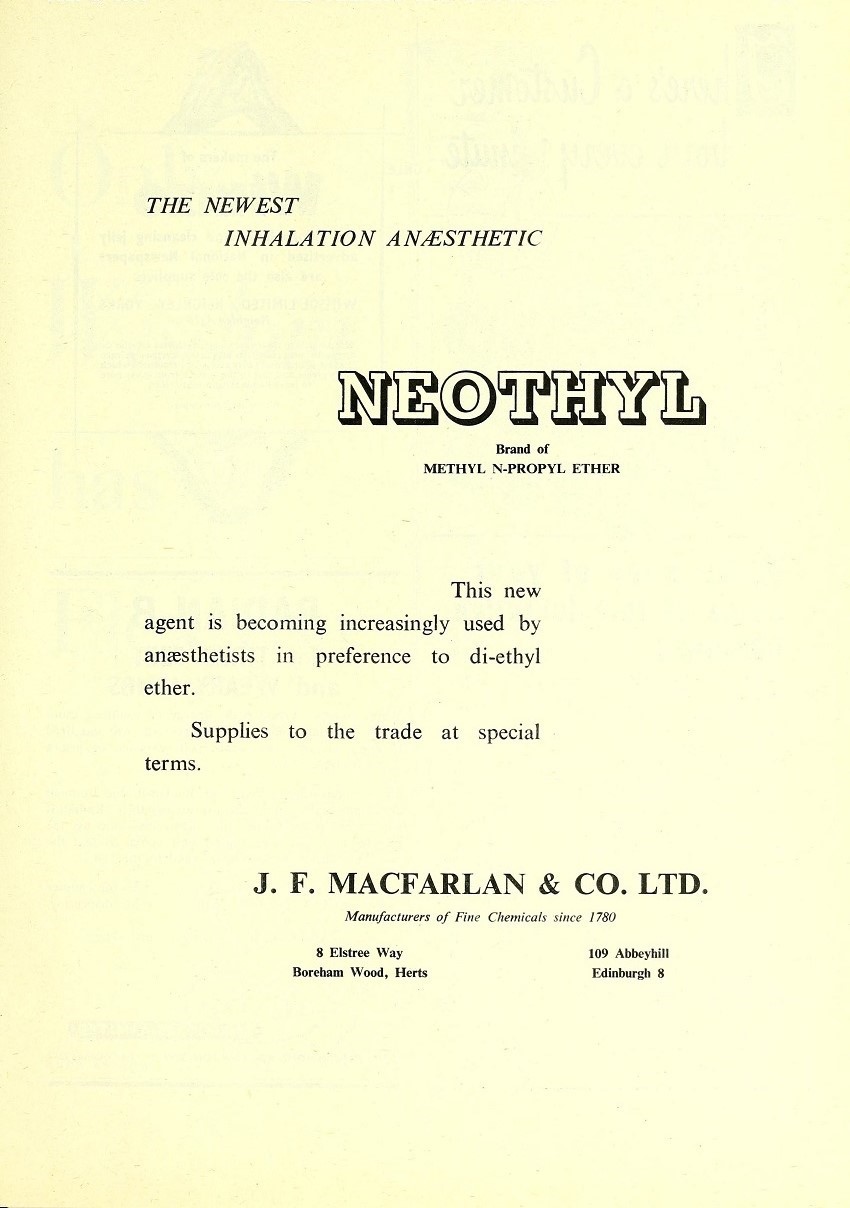 1815 John Fletcher Macfarlan, licentiate of the Royal college of Surgeons, Edinburgh, acquired an apothecary's shop. He began to manufacture laudanum - a medicine based on opium.

1832 The manufacture of morphine acetate and hydrochloride began. Later, the firm bagan to develop and manufacture anaesthetics, ether and chloroform.

1840s The Abbeyhill Chemical Works, Edinburgh were acquired for the production of alkaloids.

1886 The production of codeine began.

Early 1900s A further site was established at Northfield, Edinburgh, for the production of strychnine.

1901 Brown's grandson became a partner. The company remained family-run until the 1960s.

1922 Listed Exhibitor - British Industries Fair. Anaesthetics and Fine Chemicals for Pharmaceutical purposes. Speciality: Alkaloids of all descriptions. (Stand No. A.11) [1]

1950 The firm was incorporated as a limited liability company to become J. F. Macfarlan and Co Ltd.

1960 Merged with T. and H. Smith to become Macfarlan Smith.