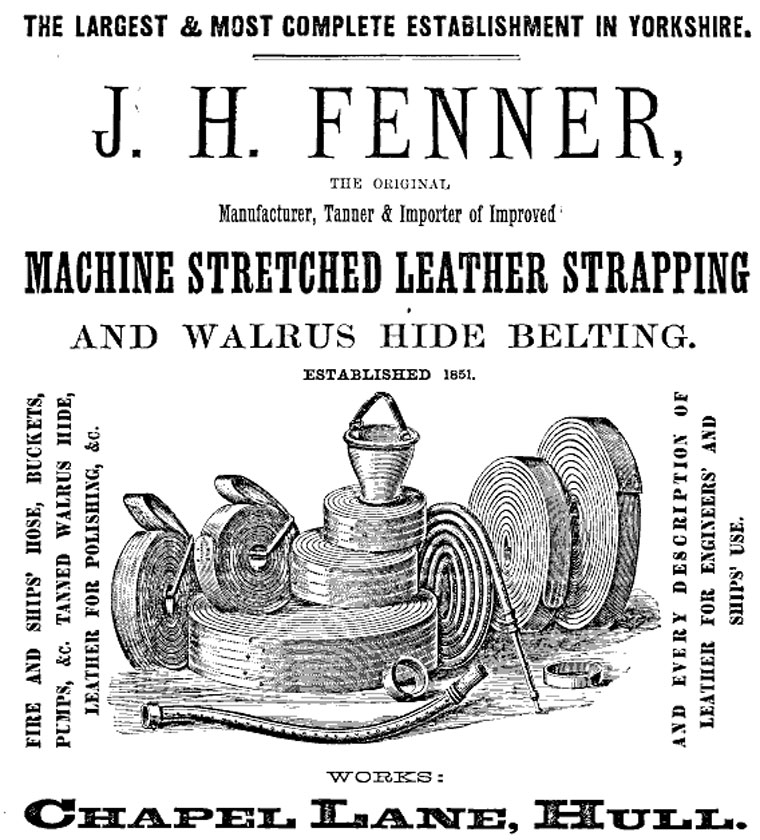 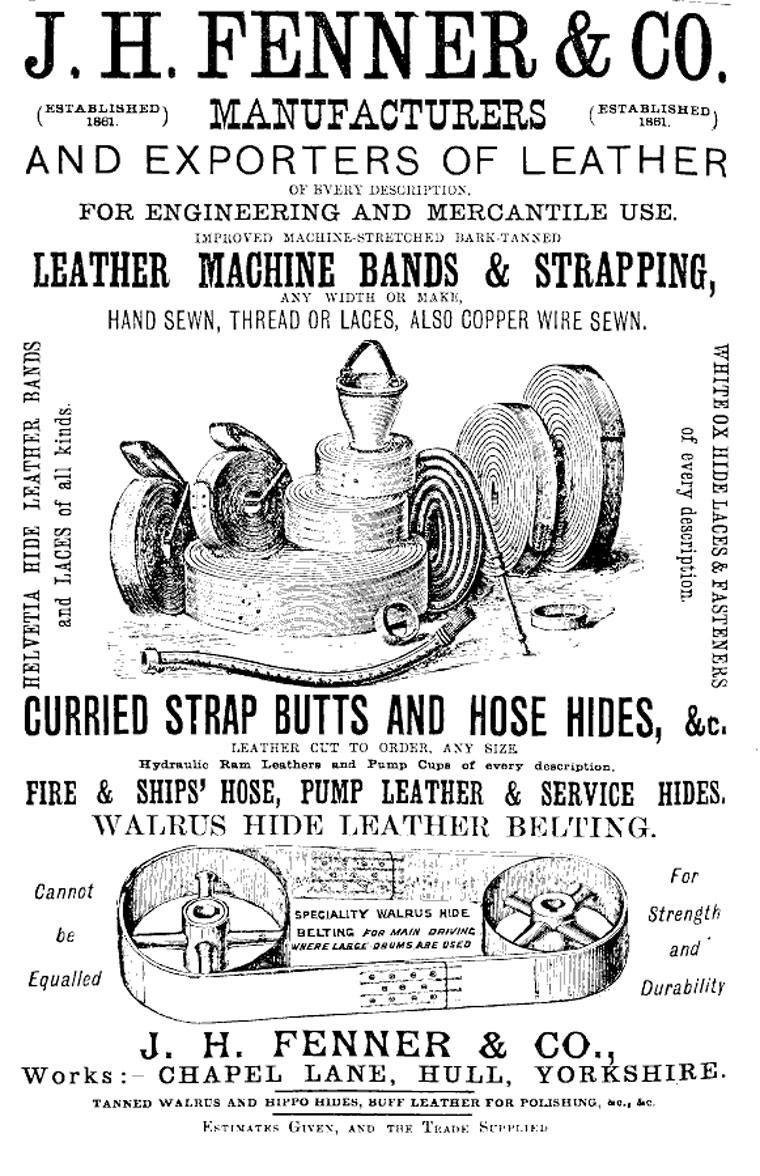 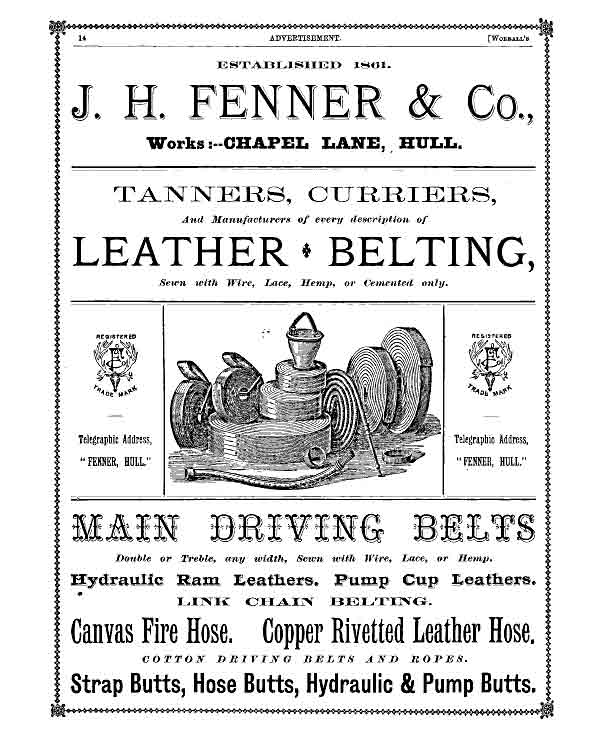 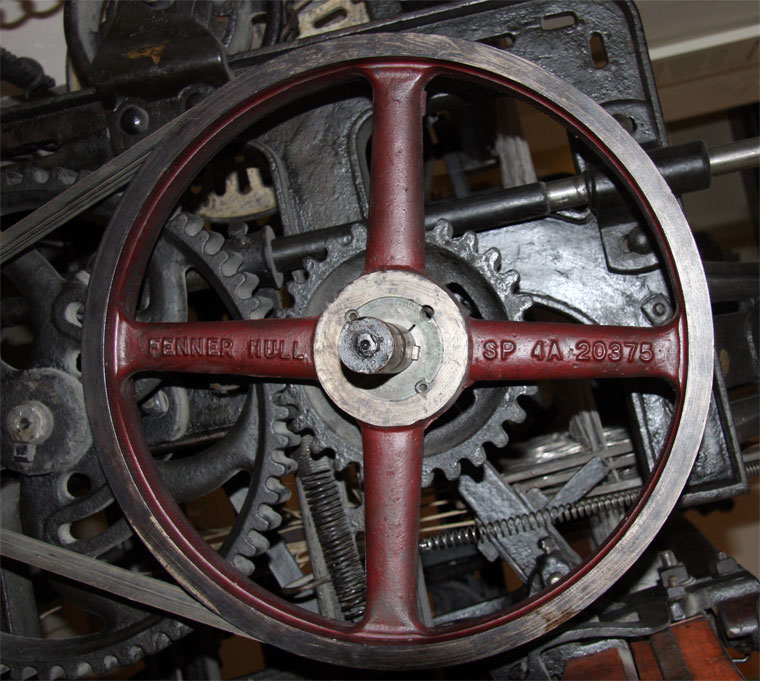 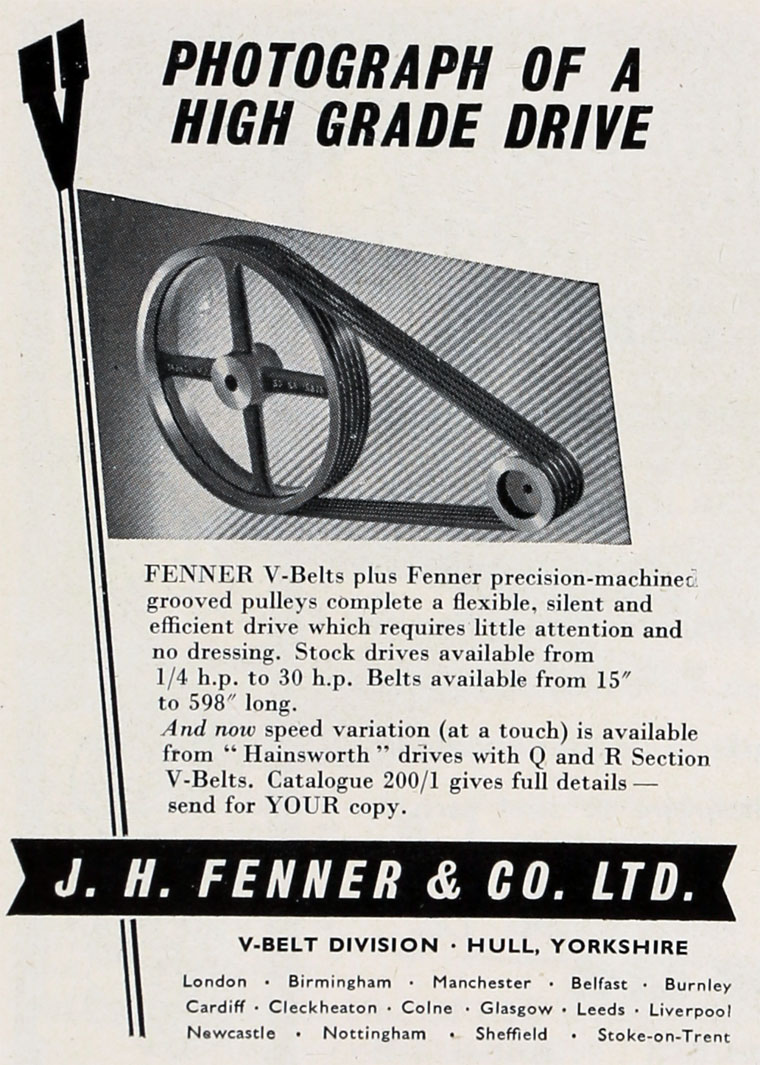 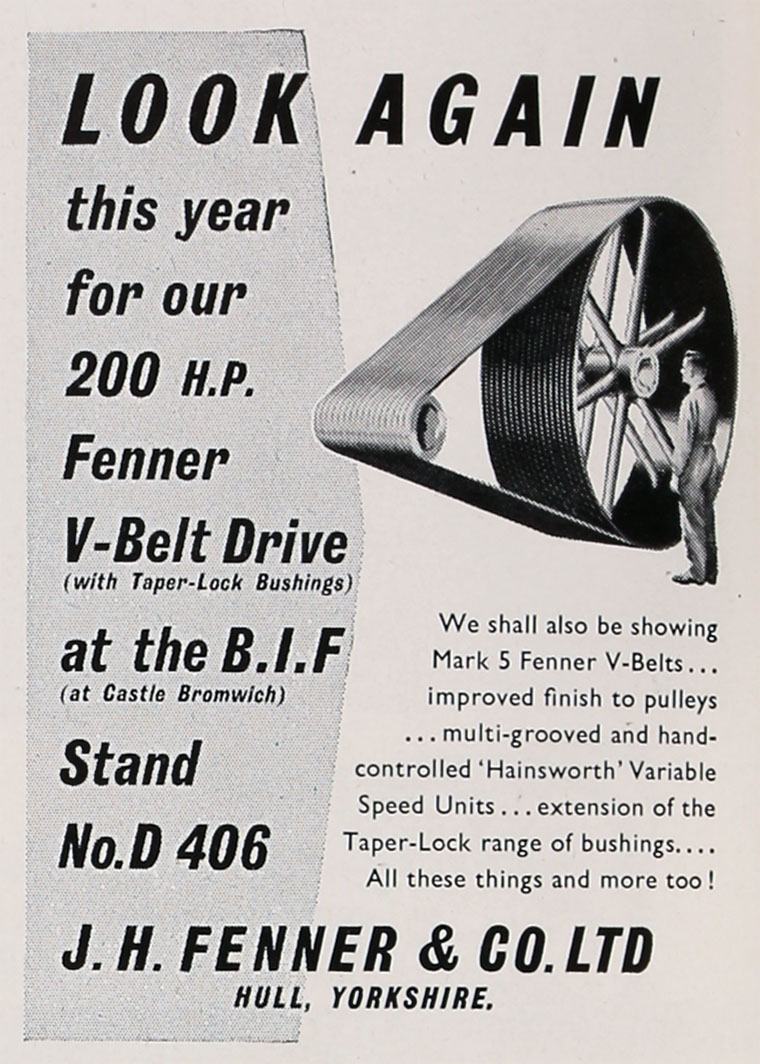 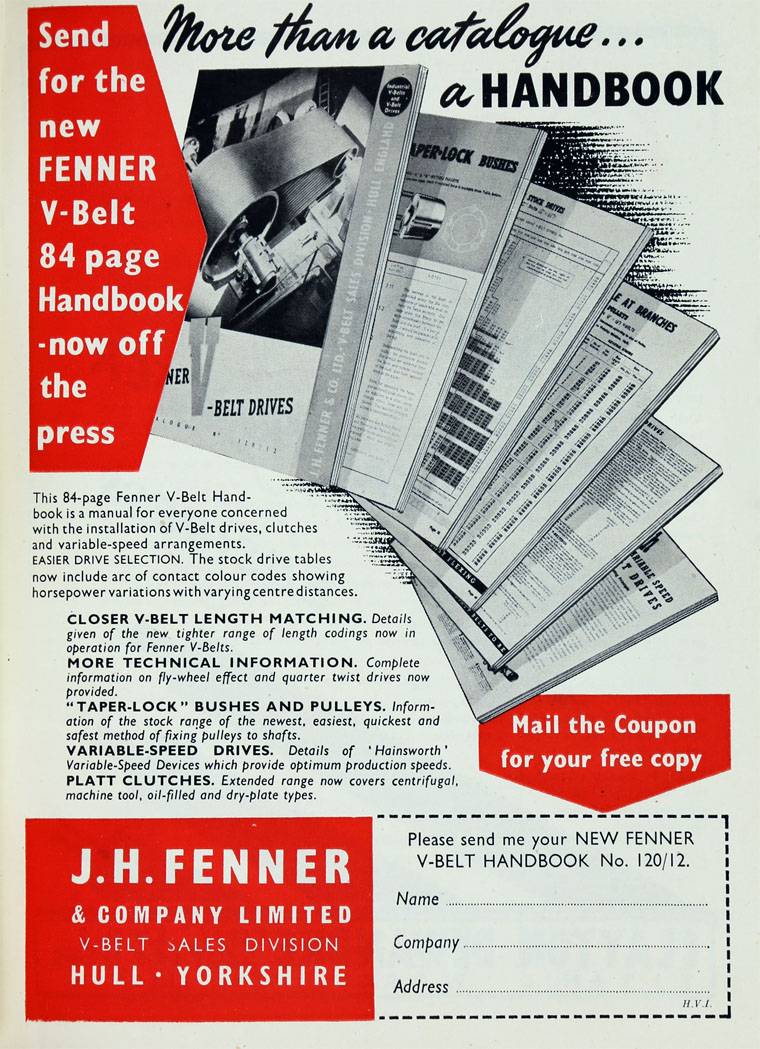 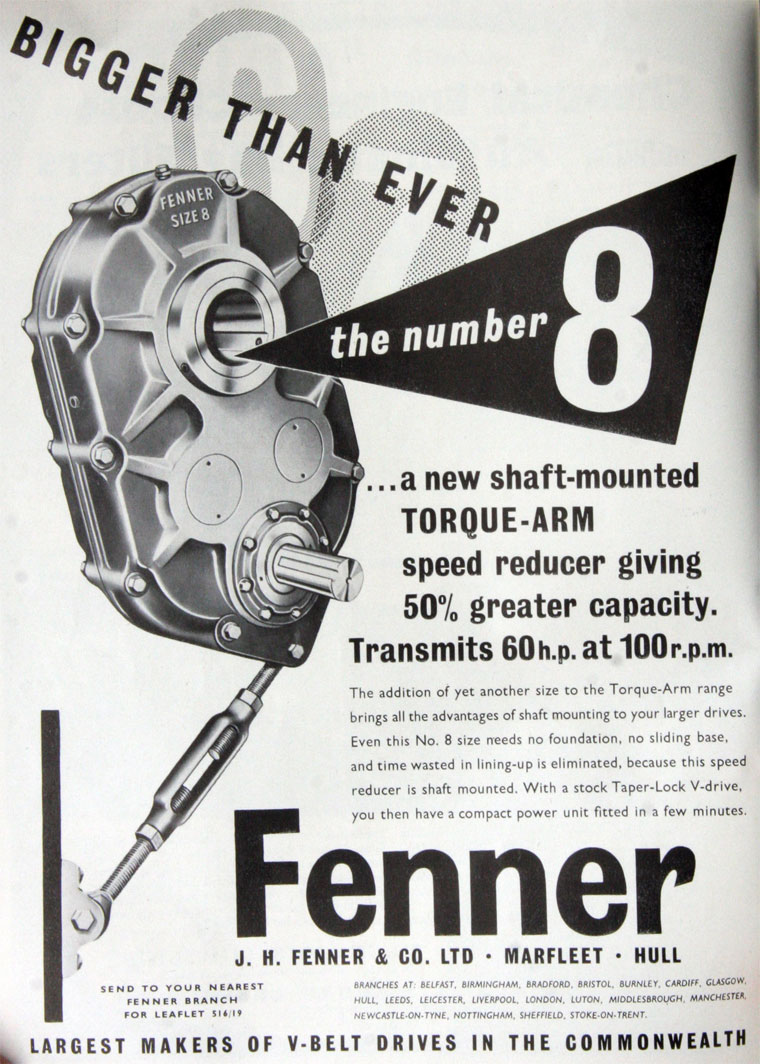 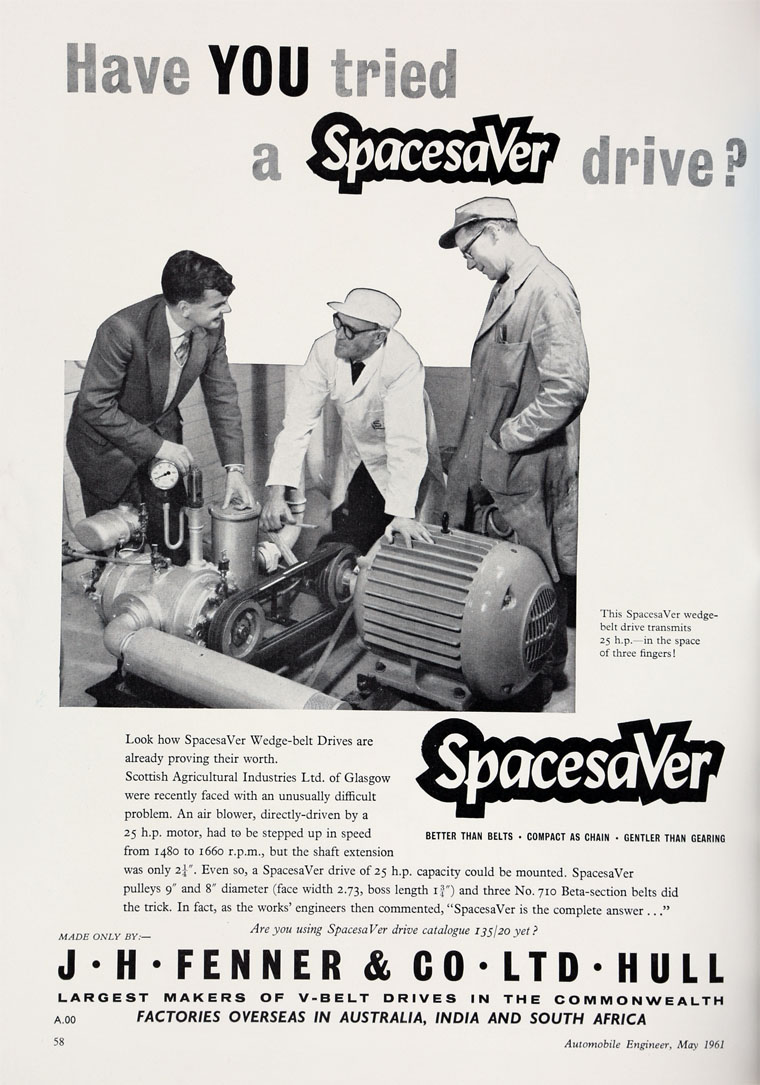 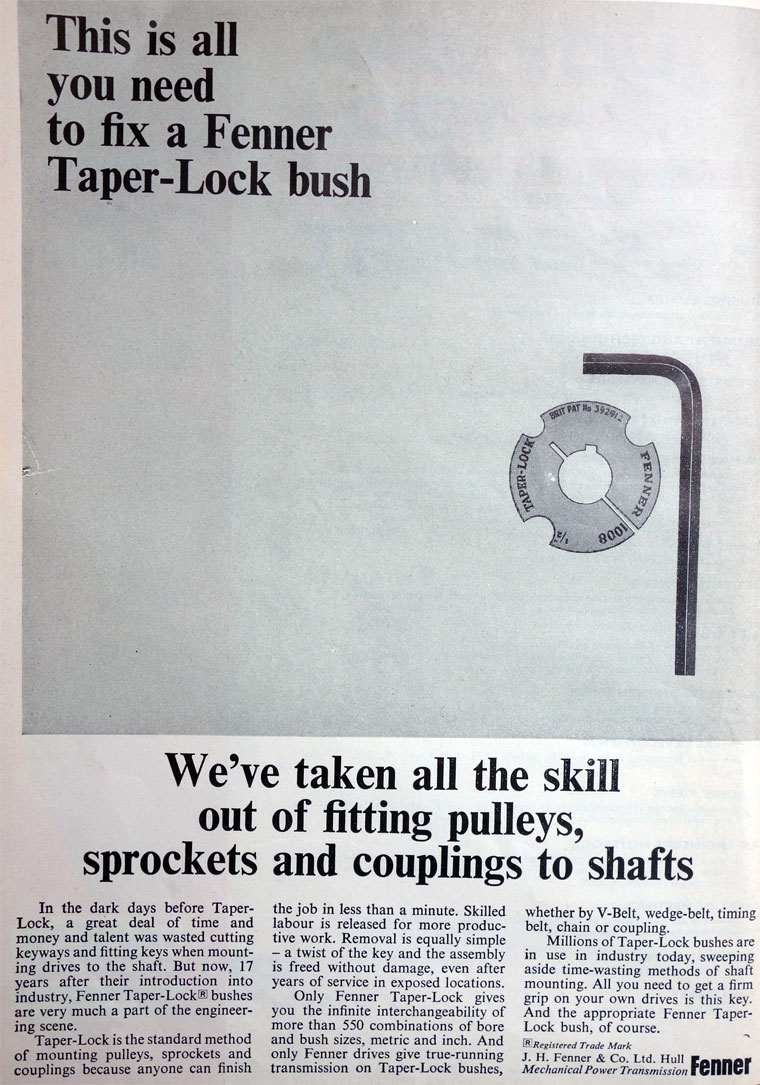 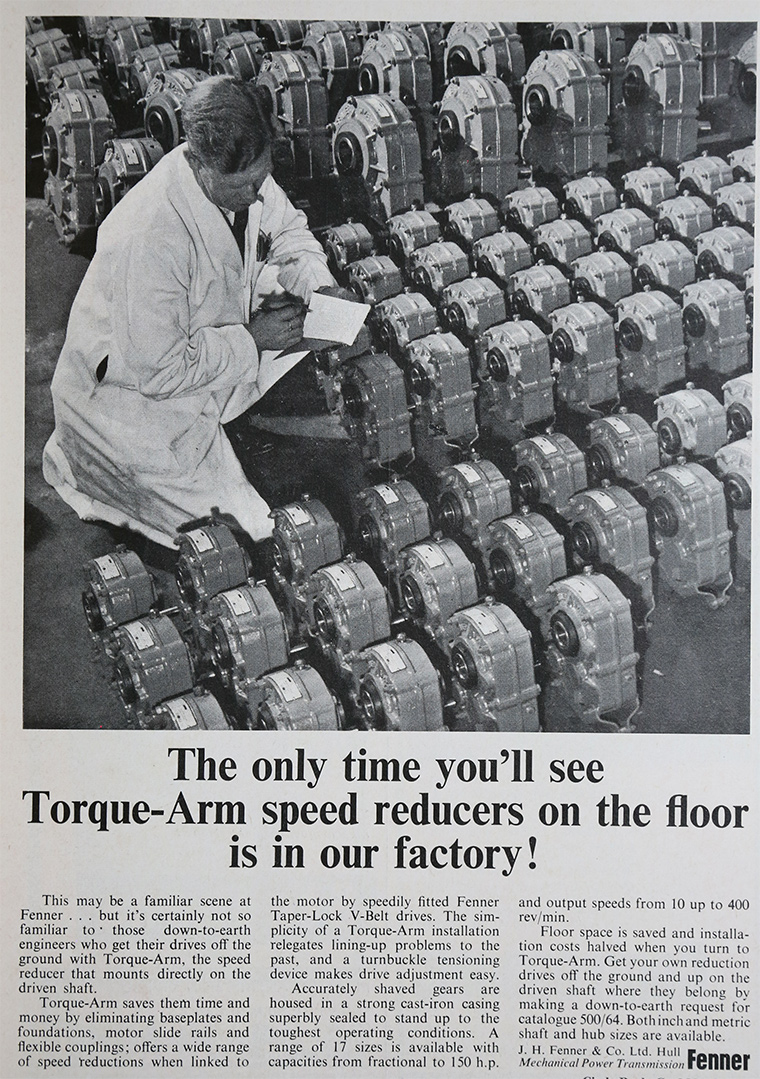 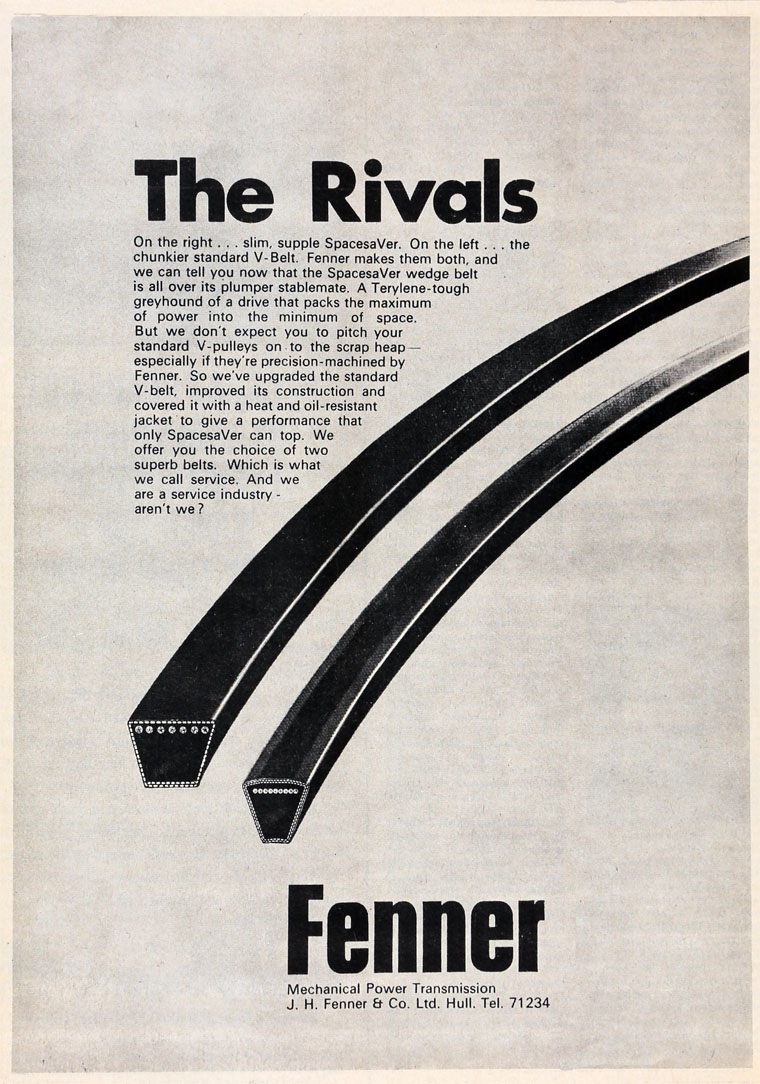 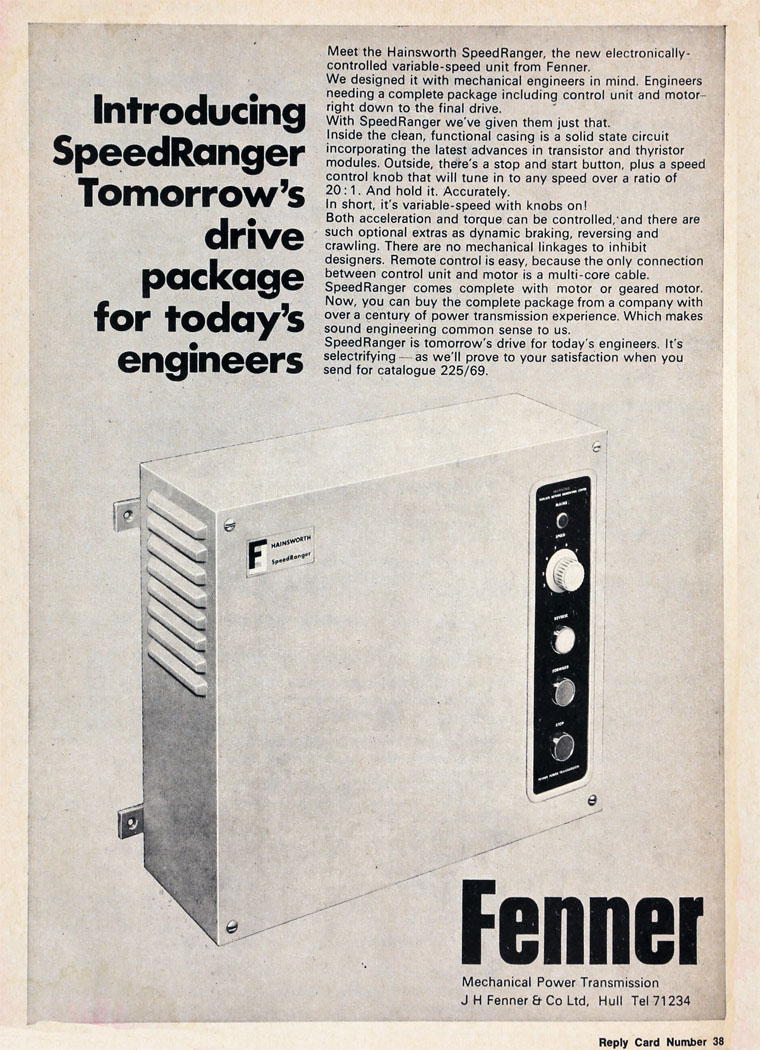 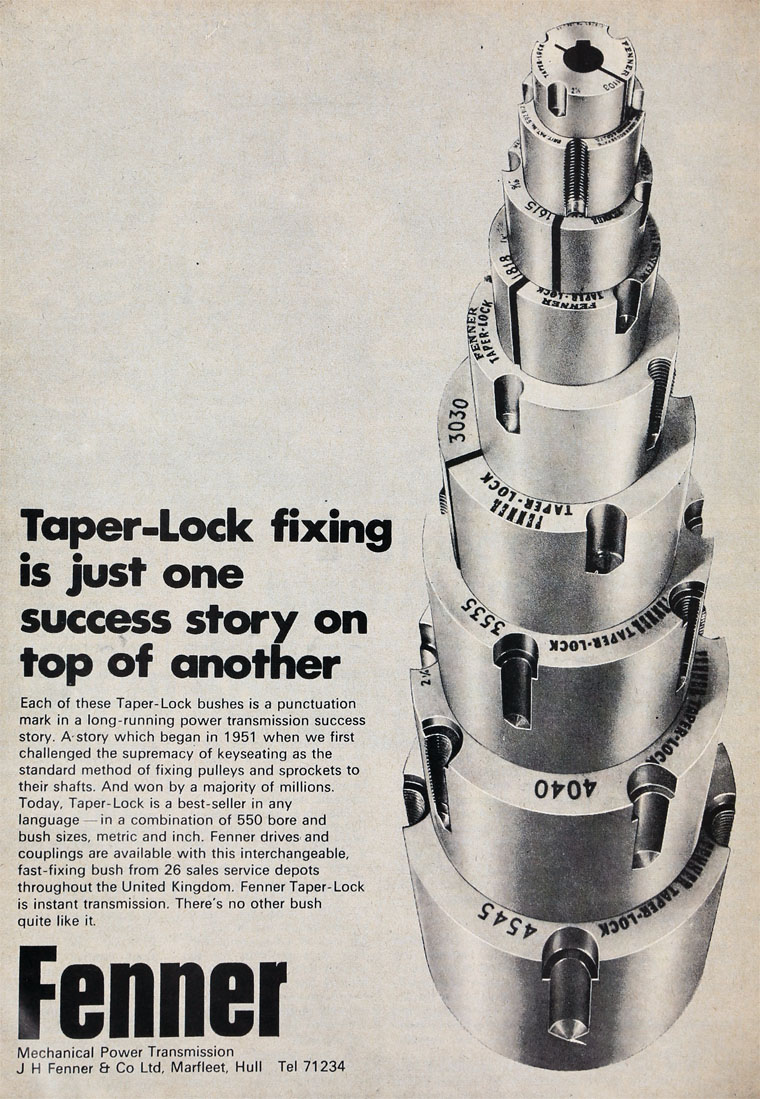 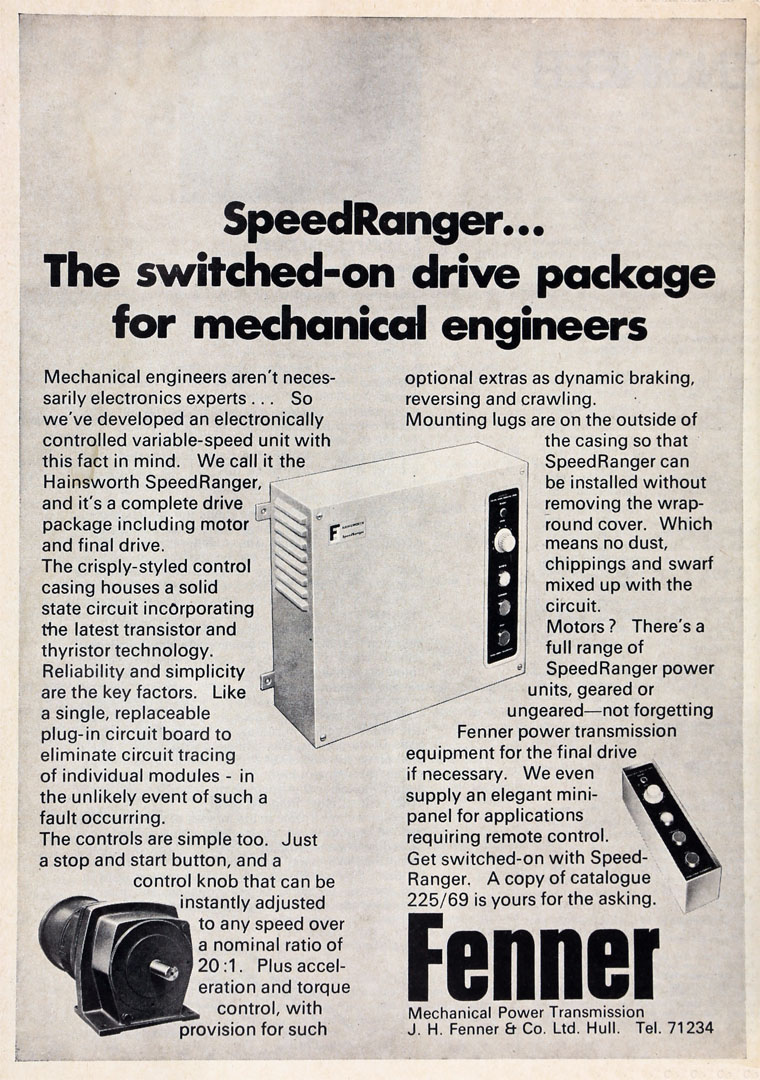 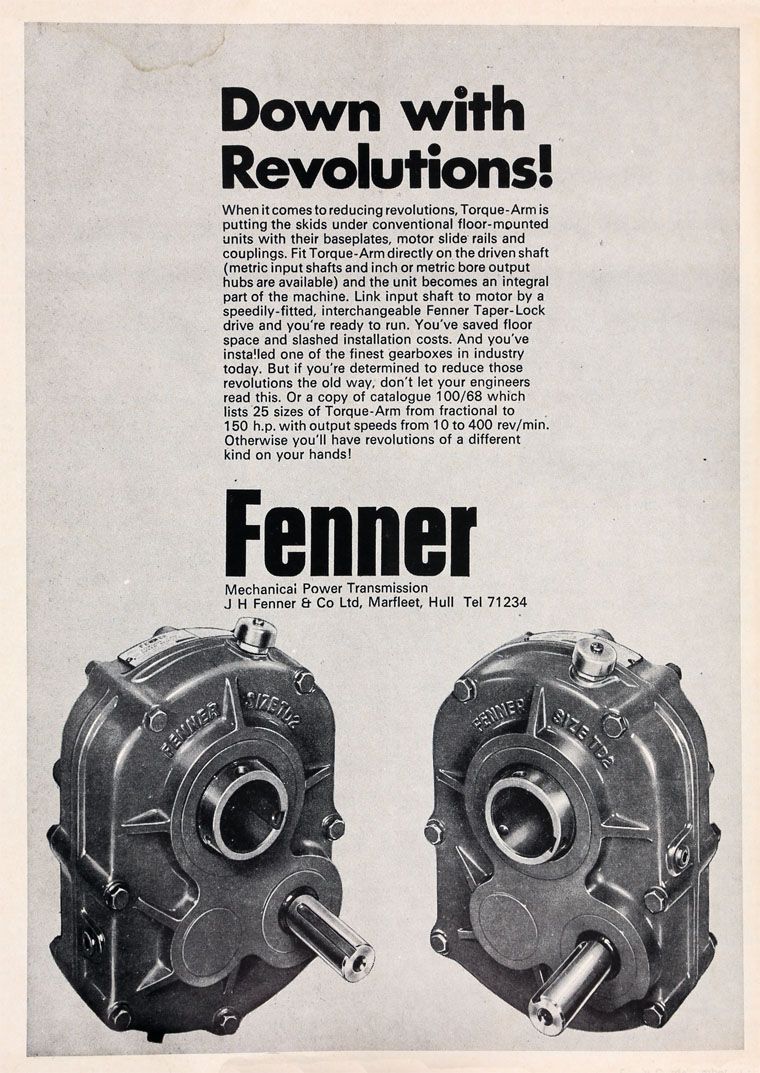 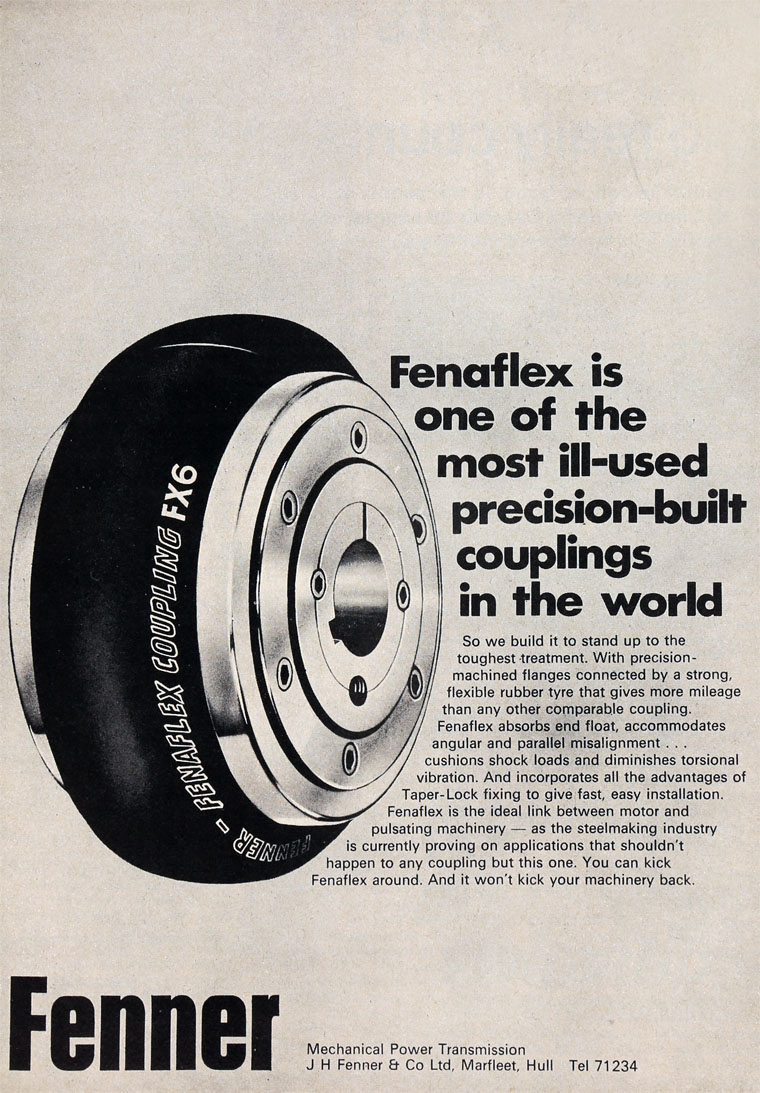 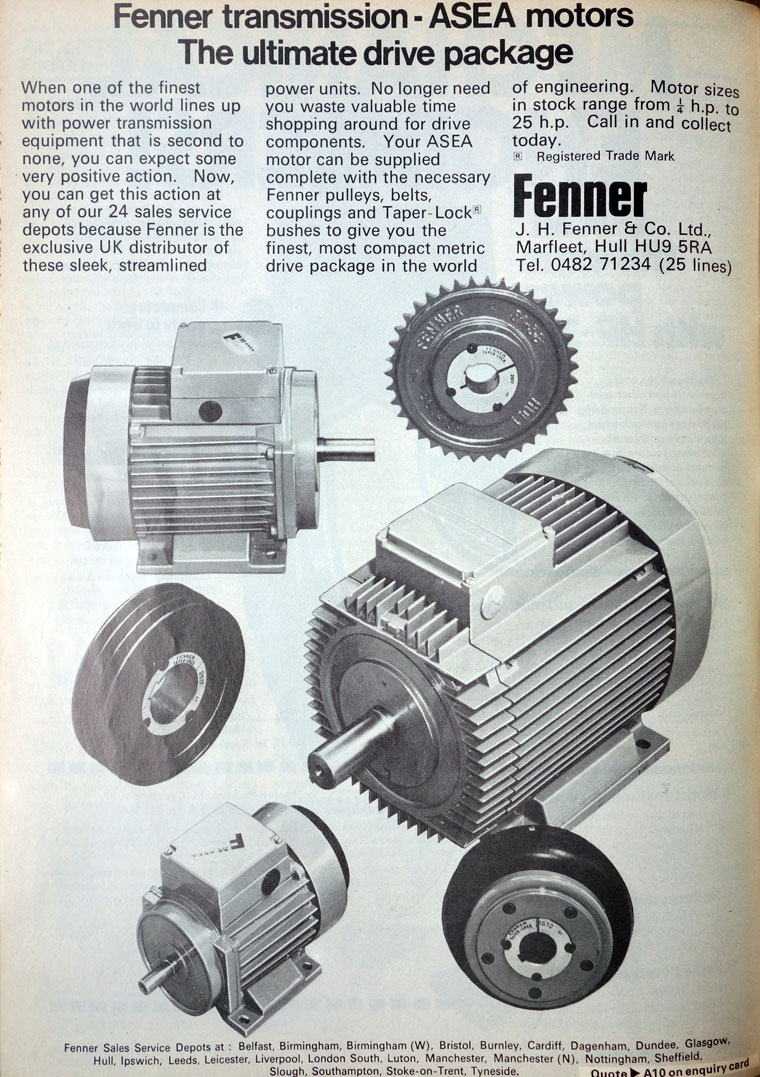 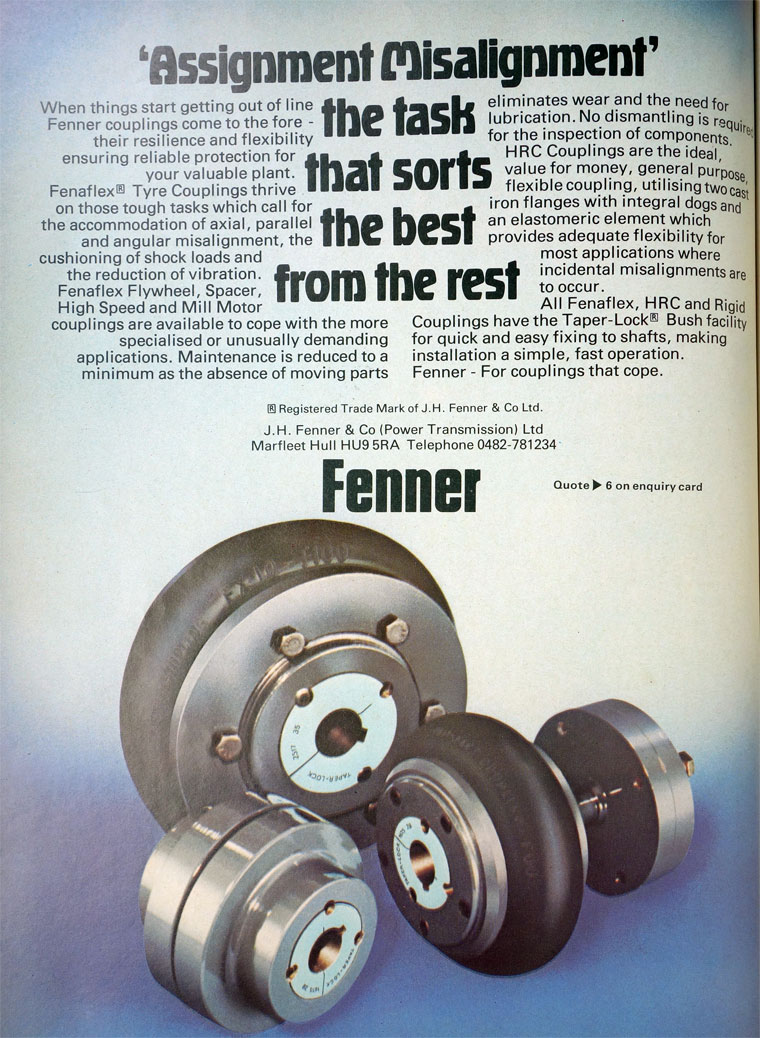 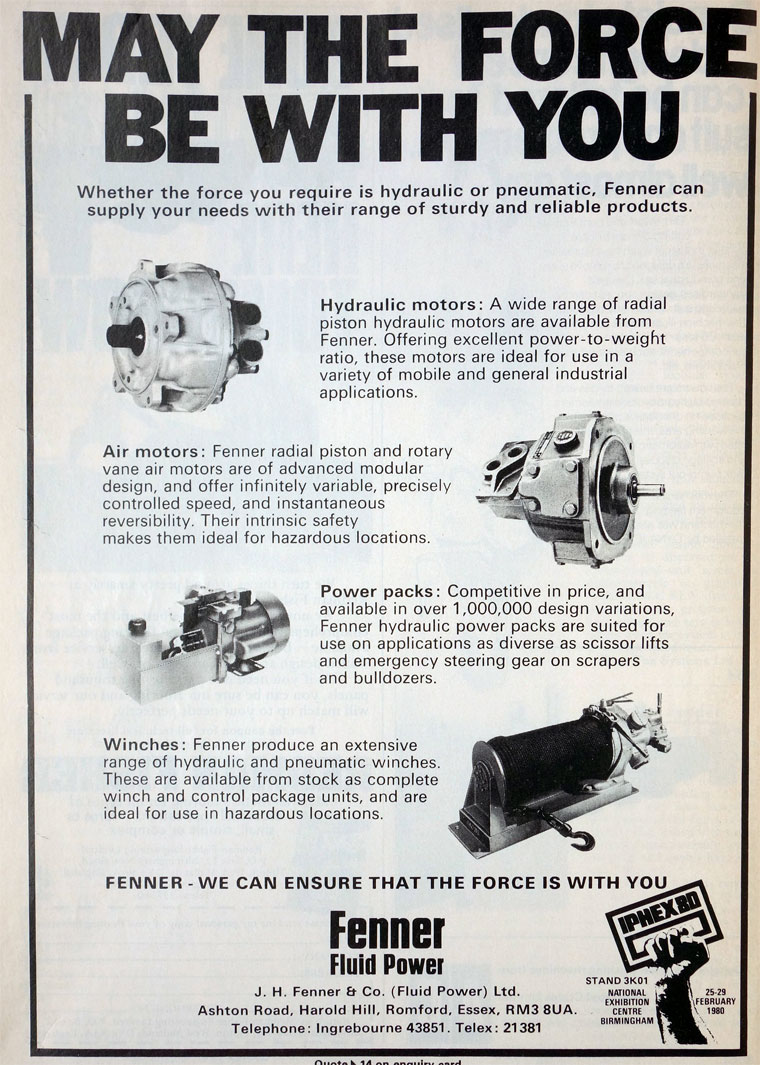 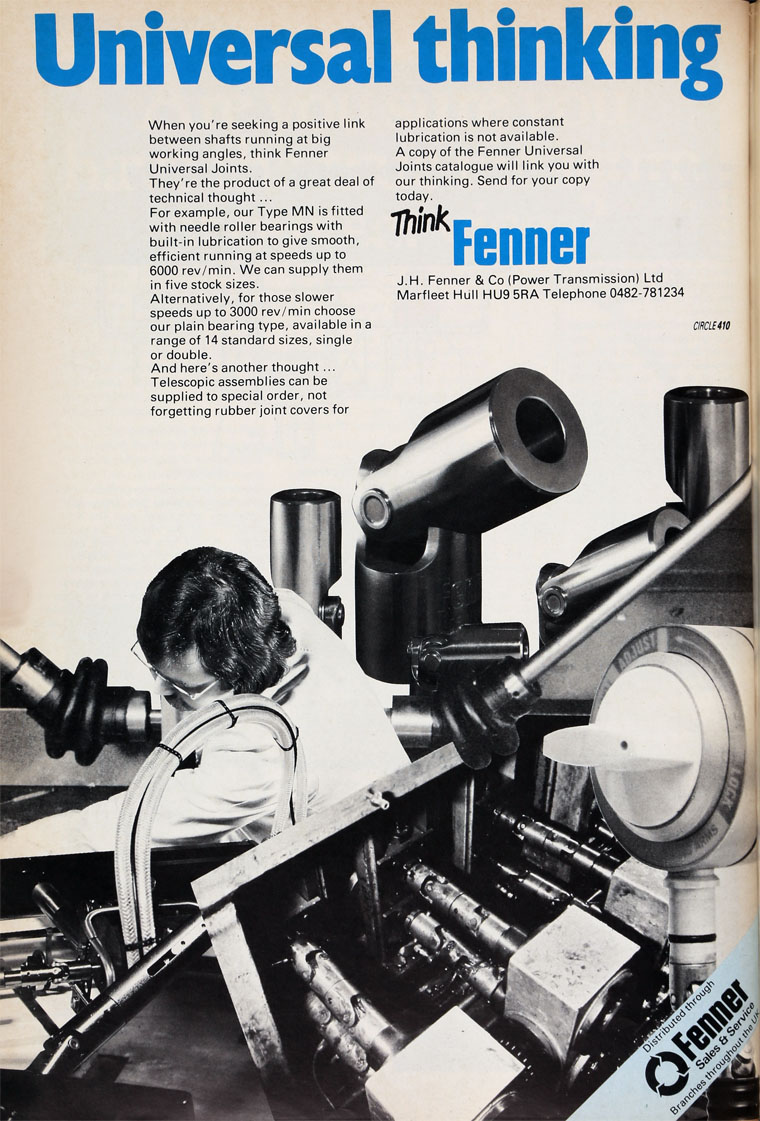 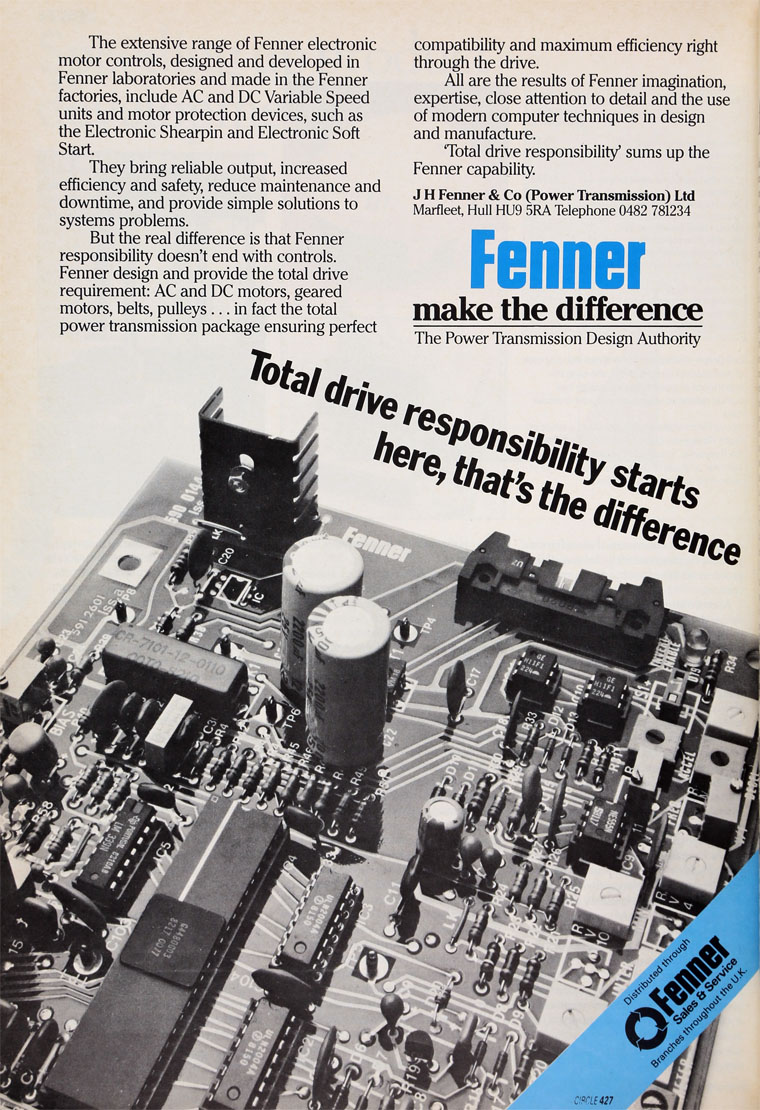 1886 Joseph Henry Fenner and his wife died; their eldest son Henry John Fenner was 21 and presumably took over running the leather belting business.

1891 Producer of Leather Belting for use in power transmission, lacing and hoses, including fire hoses.

1894 Antwerp Exhibition. Tanned hides and leather belting up to 24 inch. (Fenner and Company).

By 1901 Walter George Fenner was presumably running the business which manufactured leather belting and hoses.

1920s-30s Fenner made many technological developments including textiles used for belting which led to use as reinforcements for rubber products.

1950 A tragic conveyor belt fire occurred at the Cresswell Colliery in which 80 miners died mainly from toxic fumes. In response, the National Coal Board asked Fenners, because of its expertise in reinforced polymers, to develop a fire resistant belt. That belt and its successor products became a world standard in underground coal mining.